Koupes is a very tasty Cypriot dish which is usually served as an entree or even after food.

It is a street dish or a snack which was sold by street vendors and usually eaten by hand on the go.

Areas in which you could find koupes on Sunday morning is outside churches, or at festivals and Luna parks.

Its exterior crust is made with bulgar wheat, flour, water, oil and a little salt. The eggs are optional but they help keep the dough together.

The crust is shaped into a sausage/sphere like shape and then filled with stuffing. The stuffing of koupes is minced meat, parsley, onion and spices.

When fasting some people also make them with mushrooms instead of minced meat.

The koupes which were sold by street vendors usually had more onion and parsley compared to the minced meat.

The more onion and parsley the tastier they would get. Try them they are wonderful especially with lots of freshly squeezed lemon juice. 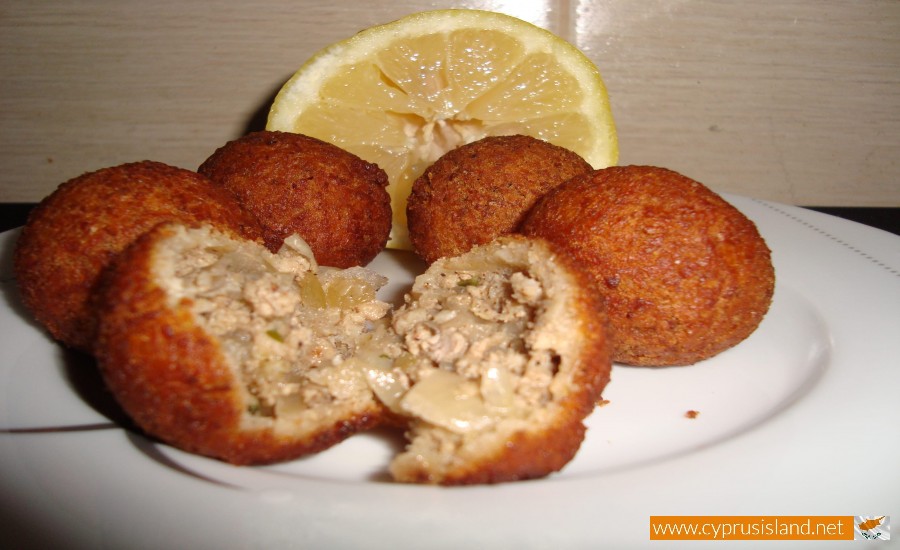 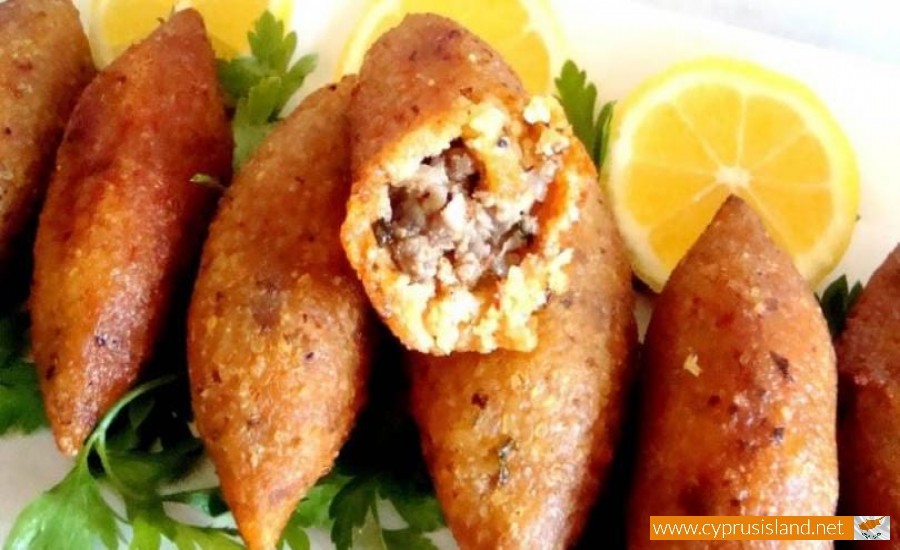