Cyprus is a small independent island located in the Eastern Mediterranean Sea, and is the third largest island in population and size in the Mediterranean , after Sicily and Sardinia with an area of 9,251 sq. km.The countries surrounding the island of Cyprus are Greece (to the west ), Turkey (to the north), Lebanon, Syria (to the east), Israel and Egypt (to the south).Geographically the island of Cyprus belongs to the Middle East , however due to its strong ties with Europe and in particular with Greece, it is considered a part of west Europe.

Cyprus is considered as one of the most popular vacation destinations due to its strategic location in the Mediterranean which is a crossroad point of three major continents Europe, Asia and Africa. Another reason why Cyprus is such a popular destination is due to the fact that is one of the most beautiful islands in the Mediterranean and offers a variety of attractions and things to do , ranging from historical attractions such as medieval castles and archaeological sites to other cultural attractions such as beautiful beaches, villages, churches, monasteries and many more.

More specifically, the island’s location is the reason why many civilisations have desired to conquer it. The history of Cyprus can be traced all the way back to the Mycenaean, the Phoenicians, Egyptians, Assyrians, Persians and Turks.Cyprus has always had close ties with Greece, which is also why many people consider the island to be a part of Greece. Greece and Cyprus share the same language, culture and religion but Cyprus remains an independent country. From 1925 until 1960 Cyprus was under the British Rule and was made a British colony. It then became an independent country in 1960 ,after gaining its sovereignty from The United Kingdom. Before this period it had been under the occupation of the Ottomans.

The Greek Cypriots and Turkish Cypriots lived in harmony in Cyprus for many years with a population of 82% Greek Cypriots and 18% Turkish Cypriots. There were also Maronite, Armenian and Latin minorities. However after the intercommunal riots many Turkish Cypriots were forced to abandon their houses in the southern parts of Cyprus and move to the northern parts. After the war in 1974, the island was divided into two parts, the southern part of Cyprus which is the recognised part of the island, and the northern part of Cyprus which is the occupied part of the island. Both sides exchanged population and the residents were transferred to their side accordingly.

As a result of the Turkish invasion that occurred in 1974, the Republic of Cyprus controls 58% of the island, while the Turks occupy 37% of the island. The Greek –Cypriot side is the only part which is a recognised member of the European Union. The other 2, 62% of the island is occupied by the United Nations that keep the peace between the two sides at the Green Line, and 2, 74% by the United Kingdom which has two bases in the areas of Acrotiri and Dekeleia.

Today the south of Cyprus is inhabited by the Greek- Cypriots and Northern Cyprus is illegally inhabited by the Turkish - Cypriots after the invasion war. The towns that are located in the south part of Cyprus are Nicosia (which is the capital city), Larnaca, Limassol, Paphos, and parts of Famagusta. The rest of Famagusta and Kyrenia and Morphou are under the Turkish occupation.

If all this information looks too geopolitical for your taste right now, it is high time to use your chance to buy an essay online from academic writing experts.

Where is Cyprus? photos: 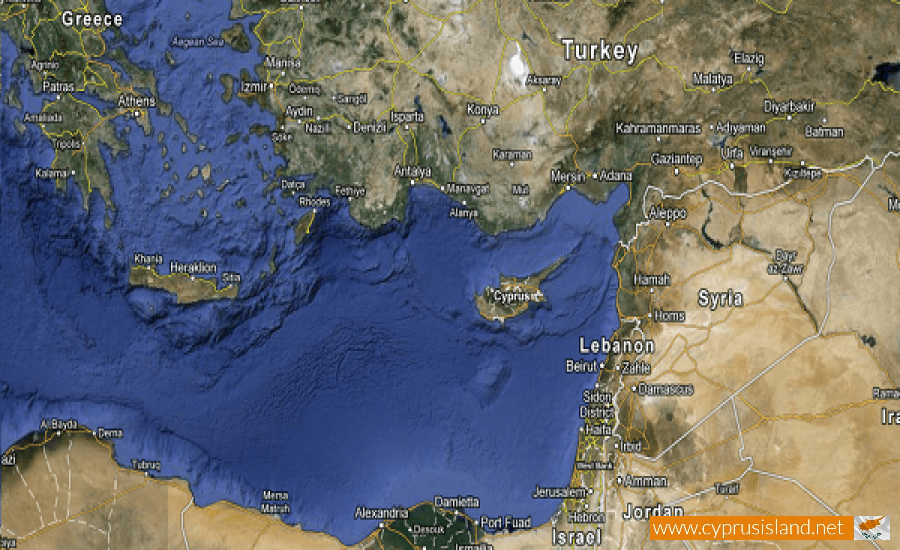 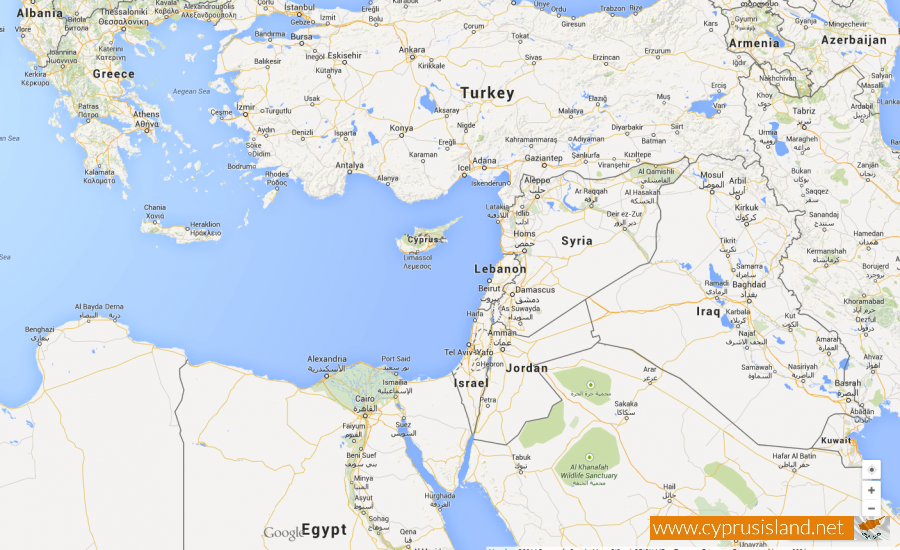 Where is Cyprus Island
Prev Next

A few villages in Cyprus

A few Cyprus attractions and places to visit