Adonis Baths Waterfalls are located about 2 kilometres from Kili village in the Paphos district. The location is considered to be one of the most  exceptional areas in Cyprus due to is secluded location and beautiful surroundings.

Adonis Baths can be accessed through the Tala or Akoursos road, around 12 kilometres from Paphos. For those who wish to use bikes and motobikes it is best to use the Tala Road.

The waterfall was formed due to the water from the surrounding ravines . With the passing of time the water has eroded the soil resulting in a small lake.During the summer many people seek places like these with cool water to enjoy and cool off. The most daring climb the rock with ropes and jump into the lake. Most people just dive into the lake from a lower height.

Swimming in the baths, below the waterfall is supposed to preserve the woman's youth and strengthen the men. Moreover, outside the baths you will find a statue of Adonis and Aphrodite. There is also a message that says, "ladies infertile who wish to become pregnant touch Adonis's appendage and have many children thereafter".

Based on the Greek mythology, Adonis and Aphrodite had many children at this location and people from Paphos are thought  to be offspring of these two lovers. According to Greek Mythology  Adonis baths was the place where Aphrodite and Adonis spent most of their time together and it was also favourite place. Adonis Baths was also the place where Adonis died, when a man who was disguised as wild boar fatally wounded him. Before dying he returned to the baths and died in the arms of his love, Aphrodite. She could not bear of losing her beloved Adonis therefore she begged for him to be sent back every six months. 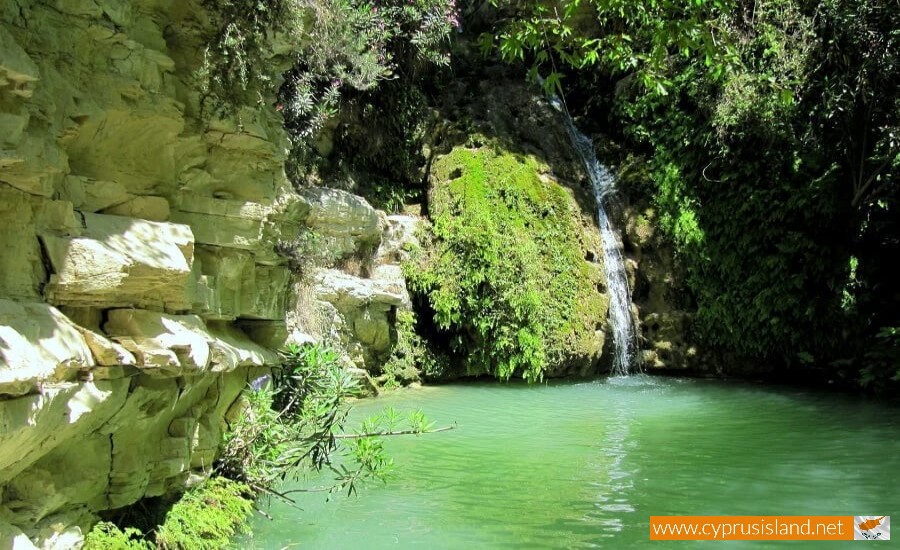 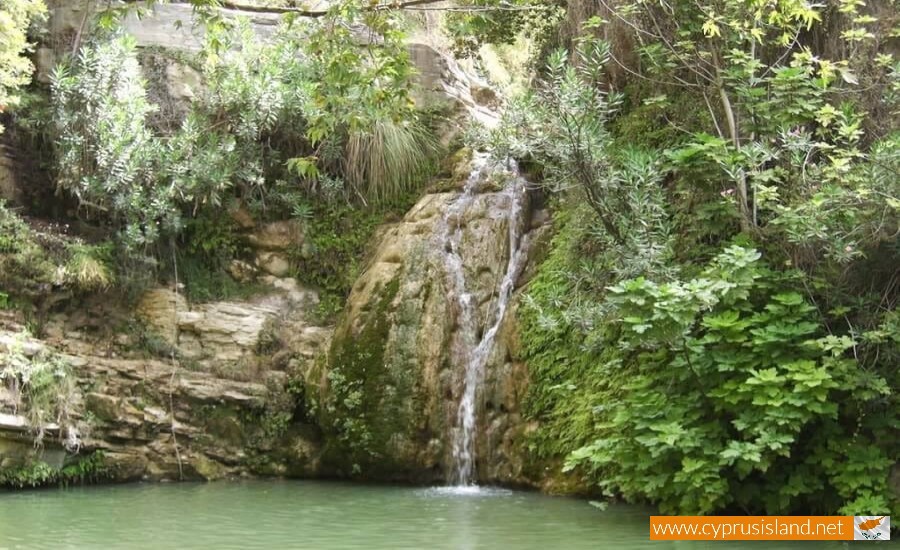 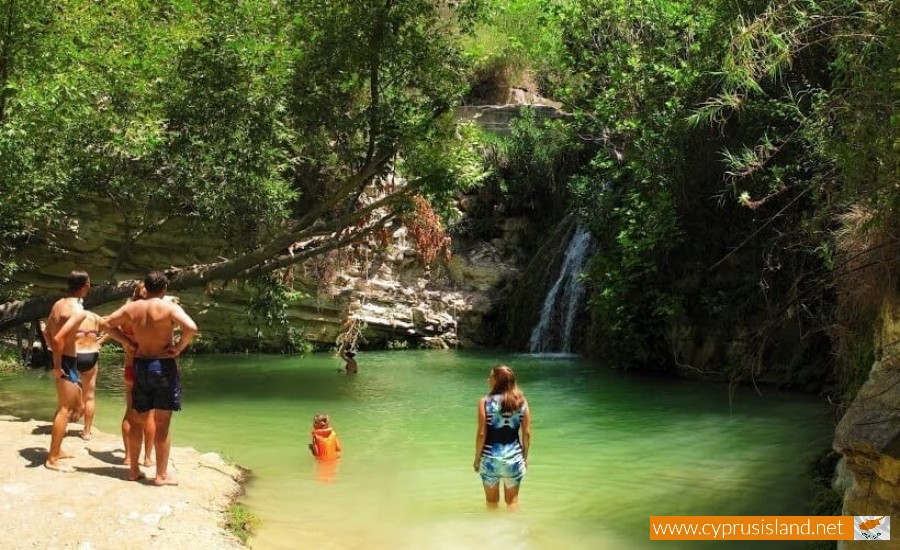 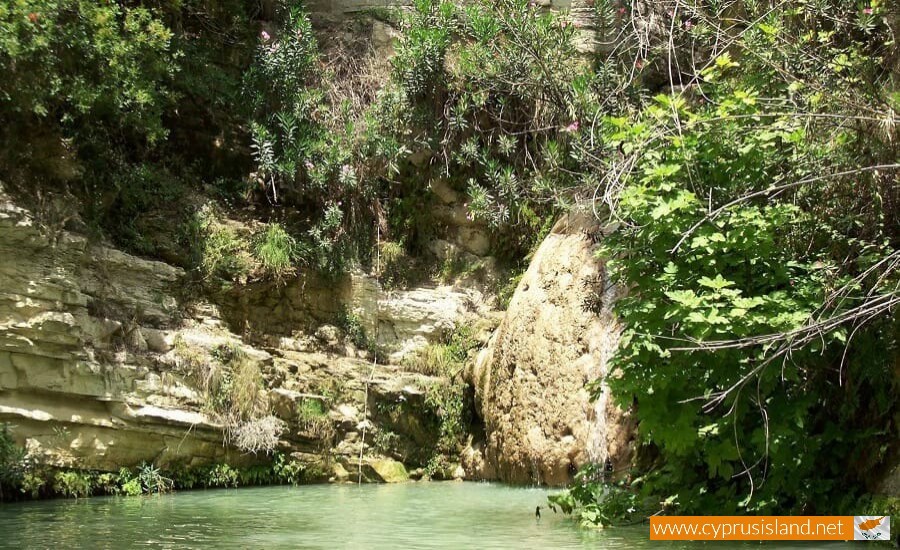