Cyprus is the third largest island in the Mediterranean after Sardinia and Sicily. It is situated in the north east side of the east basin of the Mediterranean, between the geographical parallels 34° 33΄ 00΄΄ and 35° 34΄ 10΄΄ and north of the Ecuador and between the meridians 32° 16΄ 30΄΄ and 34° 37΄ 00΄΄east of the Greenwich Meridian not including territorial waters.

The distance of Cyprus, north of Turkey (Cape Kormakitis, Cyprus-Anamoyr Karamanias) is 37 miles of the Kilikiakou sea, east of Syria (Cape Ayios Andreas, Cyprus-Ras Ibn Khanym mosque despite the Laodicea) is 56 miles of the Syrian or Phonetician sea, South of Egypt (Cape Asprokabos Cyprus-port orifice Damietas) is 190 miles of the Egyptian sea and west of the island of Rhodes – Greece (Cape Arnaoutis Cyprus-Cape Kabolardos Lindos) 215 miles of the Pamfylioy Sea. The closes island towards Cyprus is Kastelorizo. Cyprus has a largest length from west to east of 240 kilometers and a largest width from north to south of 100 kilometres. The total extent of the island is 9.251.47 square kilometres. The extent of the British bases is 98 square miles.

The situation is the following: 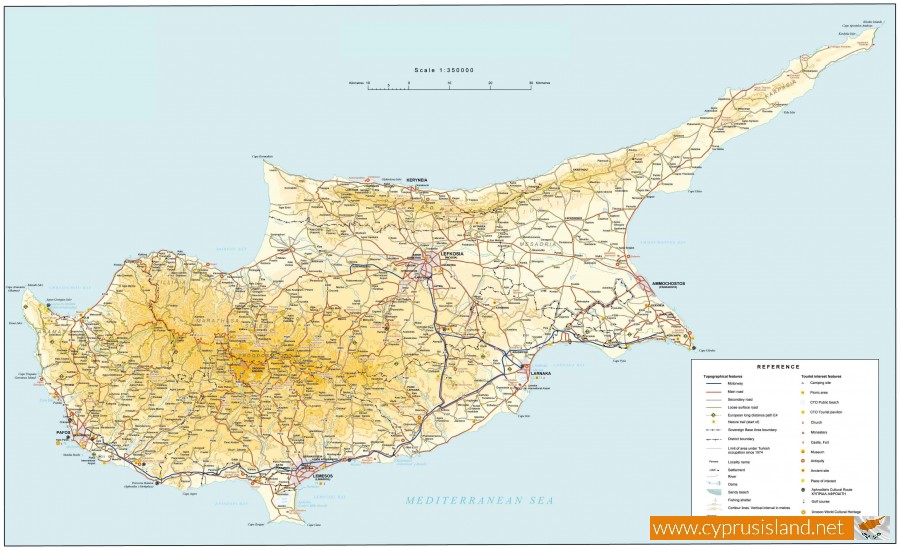 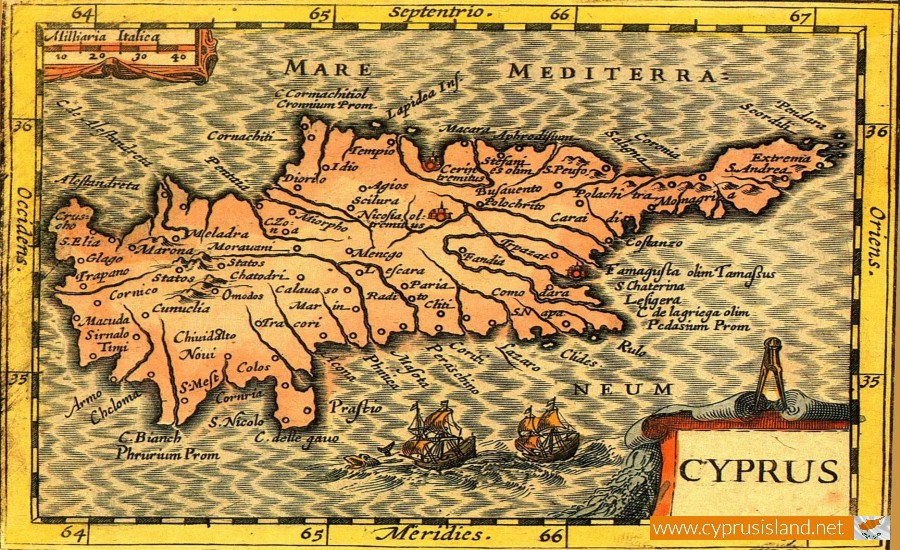 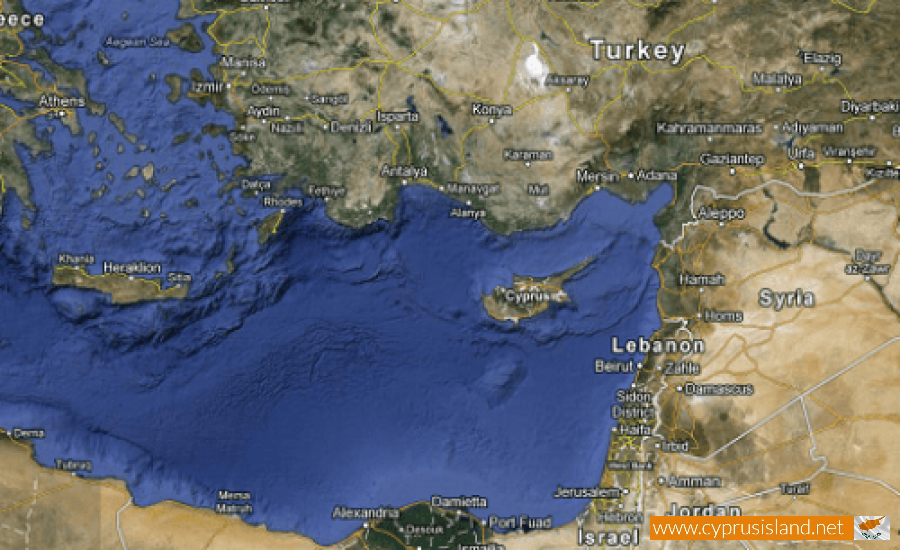 map of cyprus
Prev Next