The ancient town –kingdom of Tamasos is located about 21 kilometres southwest of Nicosia, at the banks of the Pedieos River. The largest part of it is located under the modern villages Politiko, Pera and Episkopio.

We do not know when and by whom the town was founded by. It seems that its existence is dated from the 8th century B.C, in an area which was already inhabited by the Late Bronze age. Until the first half of the 7th century B.C Tamasos had become an important town – kingdom. It flourished especially due to the exploitation of the rich copper deposits in its territory.

During the second half of the 4th century B.C, the king of Tamasos Pasikypros, sold the town to the king of Kiti Poumiathona, and therefore the town came into the hands of the Phoenicians.

Soon however Tamasos along with its mines were given to Salamina until the final removal of the kingdoms by the Ptolemaic in 312-311 B.C.  The Tamasos mines then passed into the hands of the general governor of Cyprus, while the main mines passed on to the Romans with the integration of the island into the Roman Empire. If we exclude the fact that during the first half of the 1st century A.D, Tamasos was one of the first Christian episcope main offices, it generally did not have an important part to play during the Hellenistic and Roman periods.

The first excavations in the area occurred during the end of the 19th century, by the German archaeologist Max Ohnefalsch-Richter, on behalf of the British sirs in Cyprus. He revealed many tombs from different periods and three royal built tombs of the archaic period, from which two of them are saved today. These tombs are built with large carves stone, that had been carved in a way so that the whole construction reminds of a wooden underground house with a gable.

In 1997 , during the maintenance and restoration of the area , the department of antiquities found two royal tombs , four modern sculptures by limestone ( two sphinxes and two lions) , which must have been placed at the entrance of the royal tombs , as guards. These sculptures are on display today at the Cypriot Museum in Nicosia.

During the excavations which occurred during the decade 1970-1980, a part of the archaic, classic and Hellenistic period was revealed. These excavations took place by the German archaeological mission of the Giessen University under the management of Professor Hans-Gunter Buchholz.

More specifically, a large part of the strong walls which surrounded the city during the archaic period were revealed, as well as temples and copper processing facilities. The temple of Aphrodite, as well as the temple of The mother of gods, were built during the archaic period and were destroyed during a rebellion against the Persian in 499/98 B.C. At the end of the 4th century B.C they were rebuilt with a different architectural style. It seems that there were also many other temples around Tamasos, which have not been revealed yet. 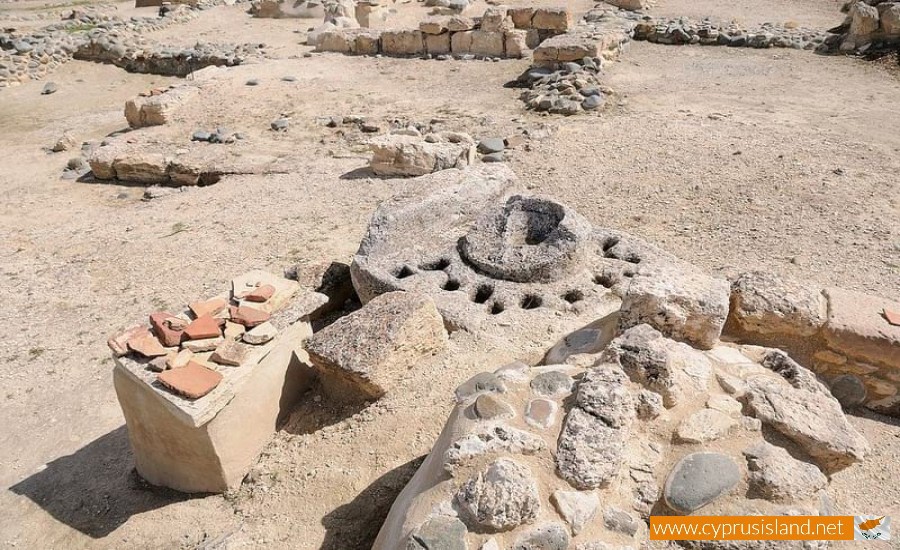 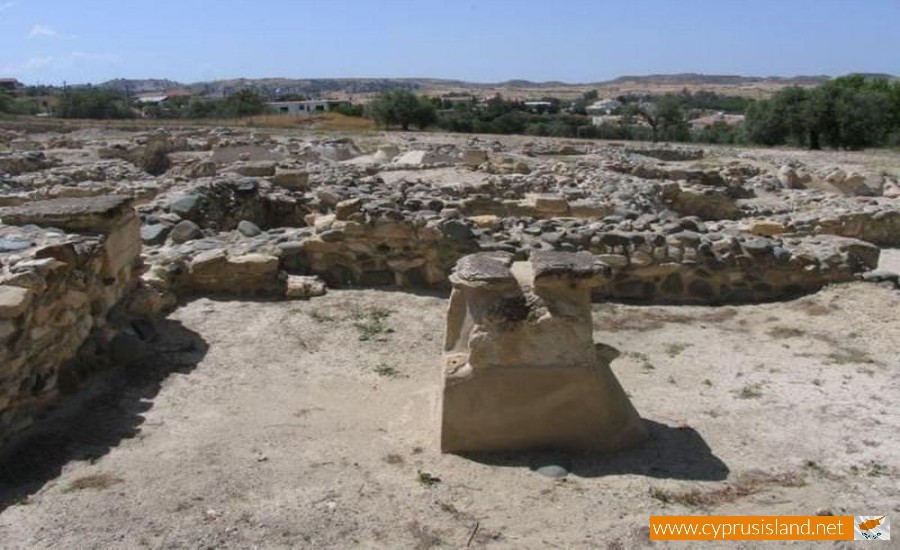 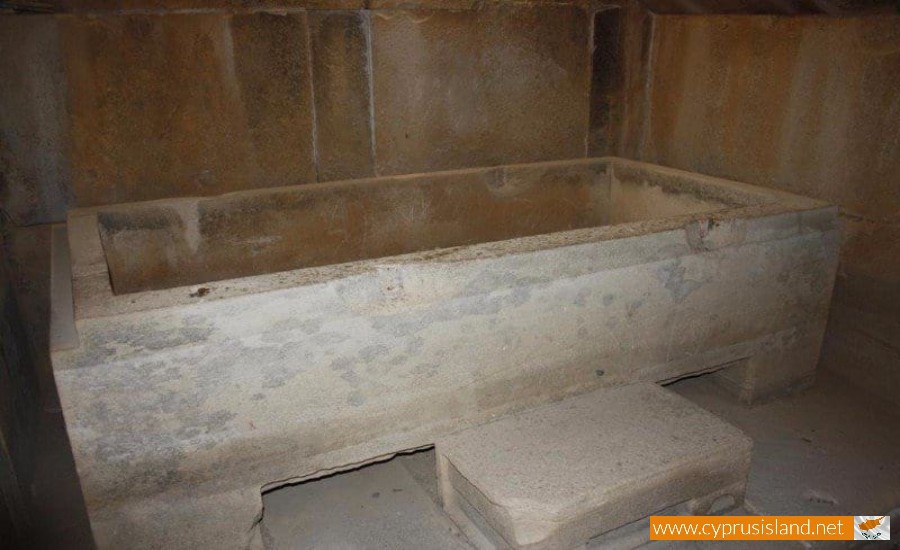