The church of Timiou Prodromou was built east of the village of Agros in the Limassol district around 1860.

The church was built with the initiative and the participation of the village residents. It is the second village parish devoted to the inner environment. It has a Vasiliko type, with bricks and a roof. Its length is 100 feet and its width 25 feet. It is unique in concern to its length. The church opening ceremony was done in 1892. In 1984 the roof needed repairing, due to the passing of time as well as the rain which caused serious damages.

On the outside, it is surrounded by a low wall which is covered by stone, found in the area.In 1990 two marvellous and stone covered water taps were built. One to the east and the other to the west. On the outside there are some angiographies like the Virgin Mary the Platitera over the altar. In 1914, a wooden iconostasio was built. At the iconostatio, two gates are formed, the centre gate and the north gate.

On the inside it is flat. 1960 they placed a new floor, since the old one could not withstand the weight. The dedicated icon of the Virgin Mary is dated from 1887 and is located at the iconostasio right next to the Holly icon of Jesus. The church is celebrated on the 29th of August. 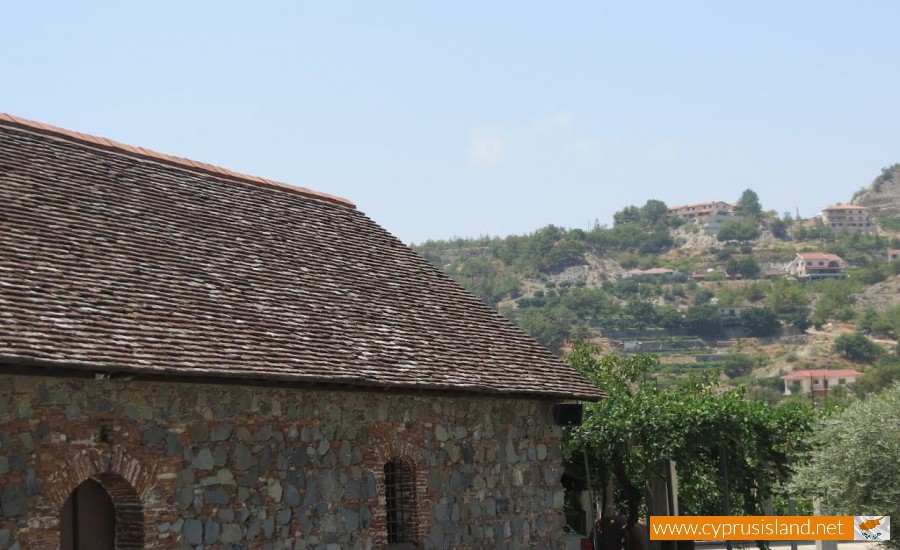 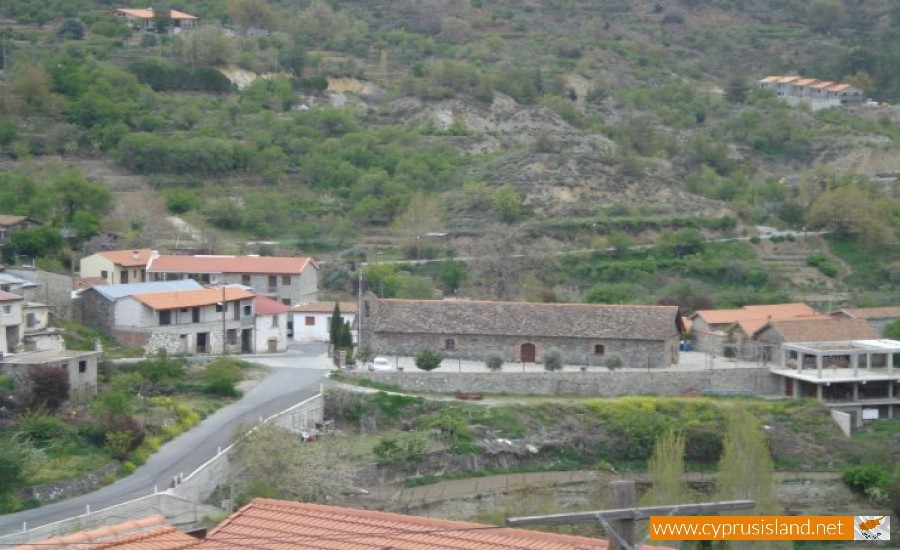