Even though there aren’t any official gay beaches in Cyprus, there are many fans that find the way and the place to become one with nature.

According to our sources, there are 4 beaches in Limassol, Ayia Napa and Paphos which have been used by nudists as they are not easily accessed and because the police rarely checks them.

These beaches need a bit of searching for visitors that don’t known the area well, but they are very graphic and isolated.

The gay beaches are the following:

When you arrive at Pissouri in the Limassol district, ask where the Columbia hotel is. Outside the hotel there is a parking for swimmers. Go down to the Pissouri beach and go to the eastern part.

In the case that you go swimming, it is best to use a blow up boat (the smallest the better in order to put it in a bag with other personal items.

It is also recommended that the bag is waterproof and that there is a rope in order to tie it.

Governor’s beach is located exactly on the borders of Larnaca and Limassol. It is the most convenient beach for visitors from Nicosia as it is around 50 kilometres from Nicosia (Ayia Napa is 80 kilometres and Pissouri is more than 100 kilometres).

In order to get to the gay beach one must start on foot from the area where the restaurants are located and walk towards Limassol (to the west).

The beach is located to the opposite towards the rocks.  If you have a GPS or a phone with a GPS app, walk to from the location where the restaurants are located and continue towards the west along the coastline until the GPS shows a geographical length of 33.260333 degrees. Then turn to the beach on the left.

Ayia Napa is one of the most popular tourist areas in the east part of the island. The gay beach of Ayia Napa is located to the east of the Ammos tou Kambouri beach.

Once you reach the Ammos tou Kambouri beach, go to the east. Follow the rocks along the sea. It is recommended that you wear sandals and be very careful as the rocks are very slippery.

Continue and you will find a rocky bay which looks like an amphitheatre. This is the gay beach of Ayia Napa.

A practical method for those who have a GPS is to follow the paved path that passes from the Ammos tou Kambouri beach and go towards the east until you find the point with the coordinates 34.973333, 34,032667.

Get off the path and go towards the beach. Once you reach the beach you will see the bay mentioned above.

As it seems, in Paphos and in particular in the Peyia area there is a solitary point at a well-known beach where nudists go to away from the public eye.

At Saint George Peyia there is a small island (Yeronisos) where a temple of the God Apollo was built upon. This was a pilgrimage area for the ancient Greek.

This is the location which some people have chosen to isolate themselves and enjoy the sun and the sea naked, even if access to the particular point is difficult. 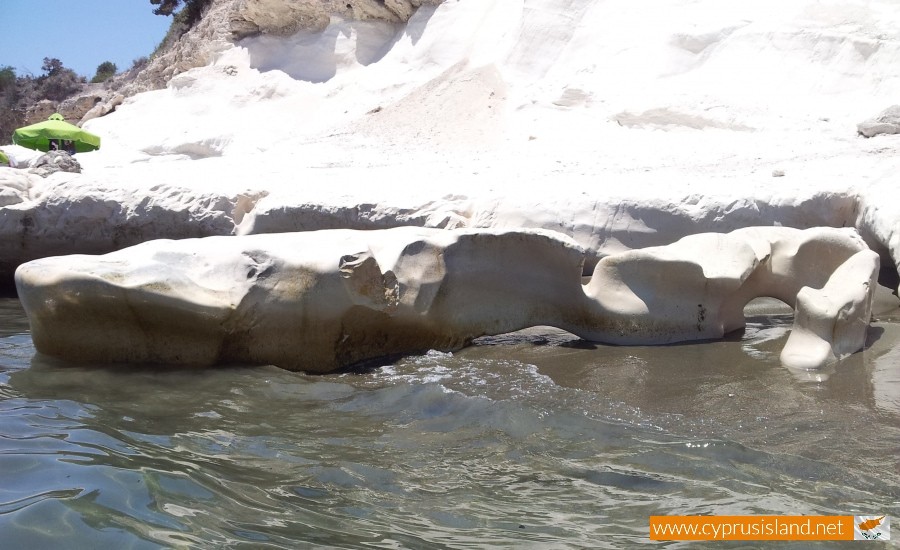 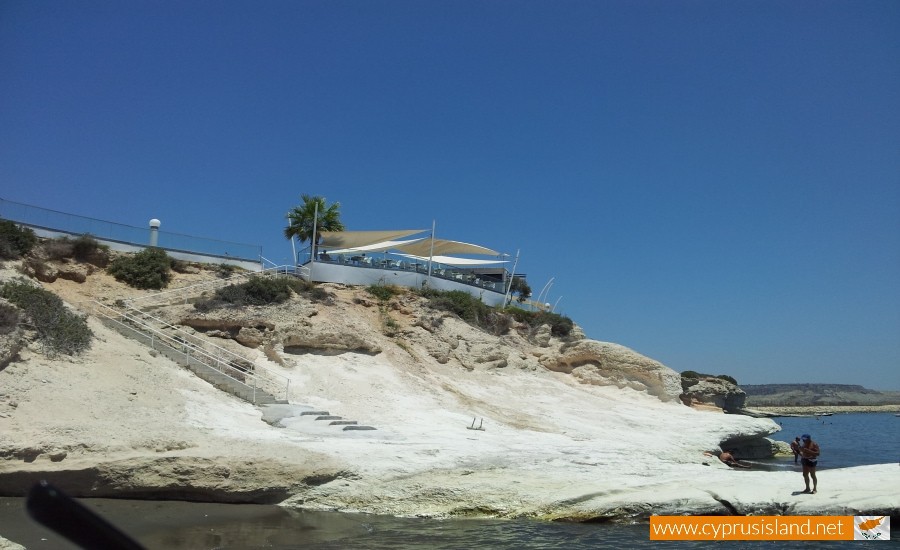 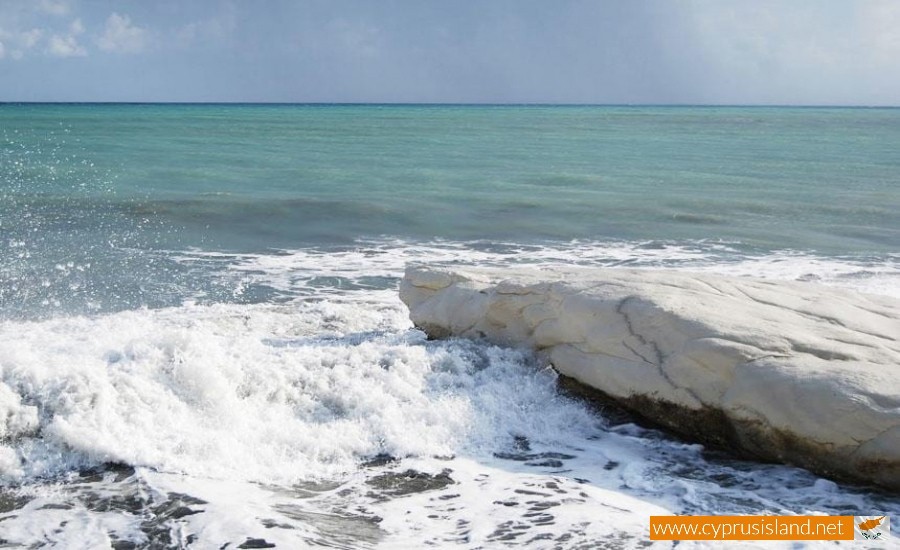 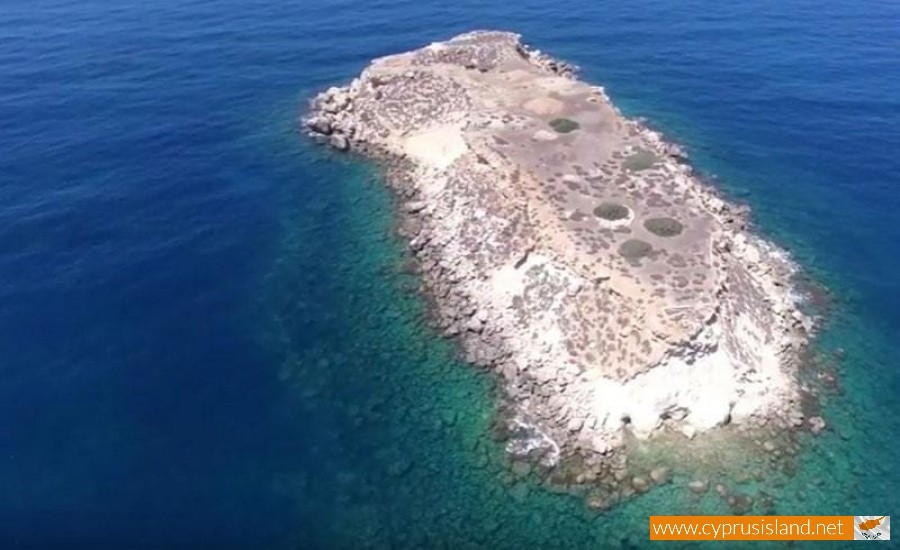 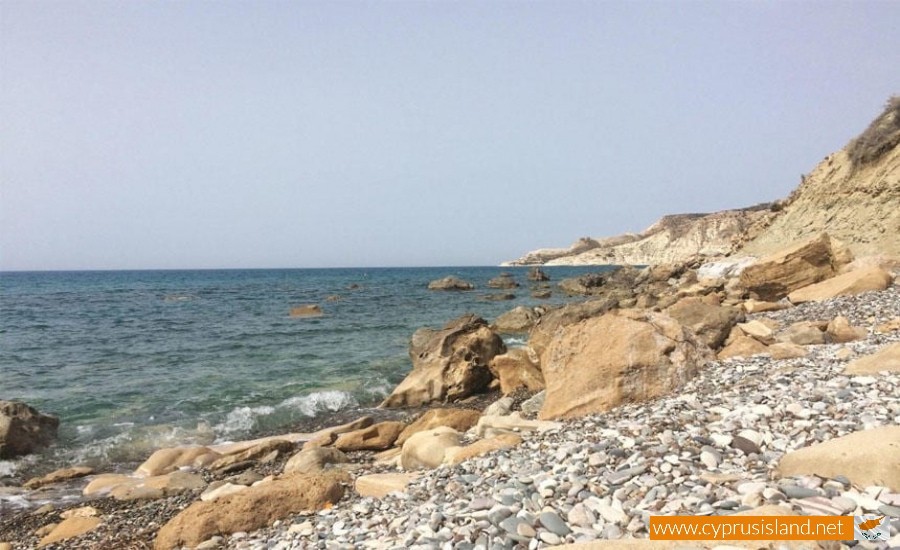