As it is stated in the Cyprus history section, Cyprus has been ruled by many other civilizations over the years and was never a recognised country therefore it never had its own flag. Until 1960 when Cyprus was given its independence, there were two flags in Cyprus, the Greek and the Turkish representing the Greek - Cypriots and Turkish - Cypriots accordingly.

The current Cyprus flag which we have today is the result of a design competition stated that the blue and red colours should not be used as they represented Greece and Turkey. Also the flag should not have a cross or a crescent as the flag should remain neutral. The winner of the competition was İsmet Güney a Turkish Cypriot art teacher, and the design was chosen by President Makarios III and the Vice- President Fazil Küçük.

The flag is white and represents the peace along with the map of the island which is a copper – orange colour depicting the copper found in Cyprus which is also where Cyprus got its name from. It also has two olive branches below it which is another symbol of peace between the Greeks and the Turks. Even though the design is neutral the Turkish- Cypriot side never actually used it as they considered it to be associated with the Greek-dominant Republic of Cyprus.

Apart from the flag, Cyprus also has the Cyprus Coat of Arms. It displays a crest of green olive tree leaves which surrounds the shield. The shield is a copper- orange colour as the flag, which is associated with Cyprus. Inside the shield there is a white pigeon which has an olive tree branch in its mouth. Both the pigeon and the olive tree branch represent peace. There is also an inscription of the year 1960 which is the year which Cyprus received their independence.

English Poetic Translation
I shall always recognize you by the dreadful sword you hold as the Earth with searching vision you survey with spirit bold From the Greeks of old whose dying brought to life and spirit free now with ancient valour rising let us hail you, oh Liberty! 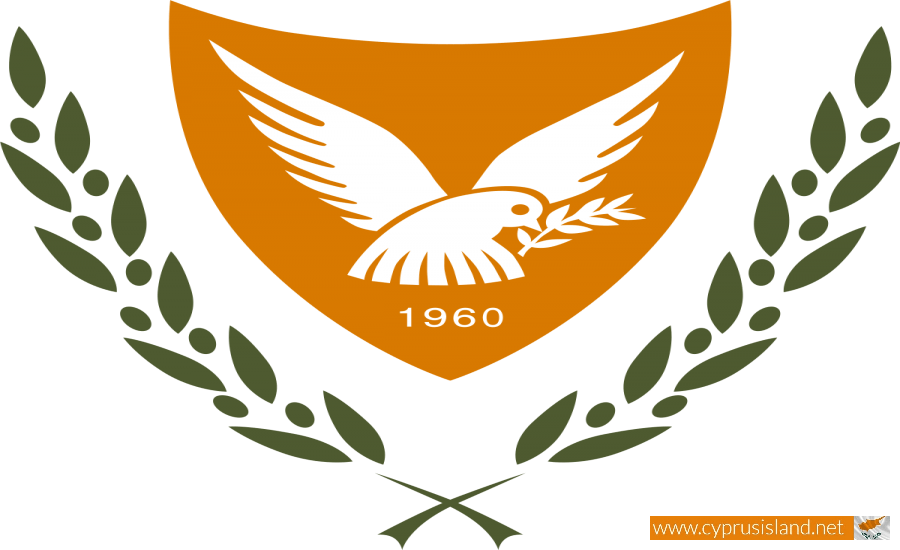