Kyrenia is a seaside town of Cyprus which is located on the middle of the north shore.

It is the capital of the district which extends from the acrotiri of Cormakiti to the Acheous bay, including the largest part of the Pentadaktylos mountain range

Kyrenia is the smallest of the six cities of the republic of Cyprus, and is one of the most ancient cities in Cyprus as is also shown by its names which keeps the names of Kyrenia the most ancient city of Achaia. It is actually two cities, Kato Kerynia which extends around the small port, and Ano Kerynia which extends to the south. Large villages of Kerynia are Dikomo, Lapithos and Karavas. Its residents which are called Keryniotes, who in majority were Greek Orthodox, were forced to leave Kerynia by the Turkish troops during the Turkish invasion in 1974. Even today it still remains an occupied city as well as district.

Kyrenia was habited by the Acheous since the prehistoric times (1300 B.C). According to Greek Mythology, Kyrenia was founded by Kifeas and Praxandros who ended up there while returning to their homeland after the Trojan War. The heroes gave Kerynia its name from their own town in Achaia. Kerynia along with its neighbouring Lapithos, were one of the most important Greek kingdoms in Cyprus. The Byzantines had protected Kerynia during the 11th and 12th centuries. The city fortress which is saved even today and protects the small port, was reinforced by the Franks during the ruling of the Franks (1192-1489) and by the Venetian during the ruling of the Venetian (1489-1570). During the Frank period, Kerynia was an important city as well as the north port of Cyprus. The city met the war during 1210-1233 when the German Emperor Frederick ‘B tried to put Cyprus under his command and in 1374, when the city fought back in a hard battle against the Genouates. Many other war episodes marked its history.

In September 1570 Kyrenia surrendered without a fight to the Ottoman Turks a little while after the siege of the capital Nicosia. During the period of the Turkish rule (1570-1878), the city was in a decline state as was the rest of Cyprus at the time. During the British rule (1878-1960), Kerynia met a limited development due to some constructions which were made and these included some improvements of the small and graphic port.

After the independence of Cyprus, Kyrenia began to develop in a rapid pace, especially in the area of tourism. The beautiful environment in which the city is built, with the mountain range of Pentadaktylos to the north, (combining mountain and sea) and the ancient monuments in the city itself and around it, were many reasons which helped Kerynia gain an international tourism reputation. Amongst the sea area of the city, an ancient ruin of a Greek trade ship of the 4th century B.C was found and was pulled up in 1967 and was placed at the city fort. The importance of the archaeological founding became internationally known as the “Kerynia Ship”. Kerynia was occupied by the Turkish troops in July 1974 and is still an occupied city.

Map of the city

The most important temples of Kyrenia are, the temple of Archangel Michael the saint which is located in Kato Kyrenia near limenisko , the temple of Saint George in Ano Kyrenia with important historical value , as well as the temple of The Virgin Mary Chrysospiliotissa, Chrosokava, Agia Mavra, Saint Demetrios, Vigrin Mary Glykiotissa and and others in the area. 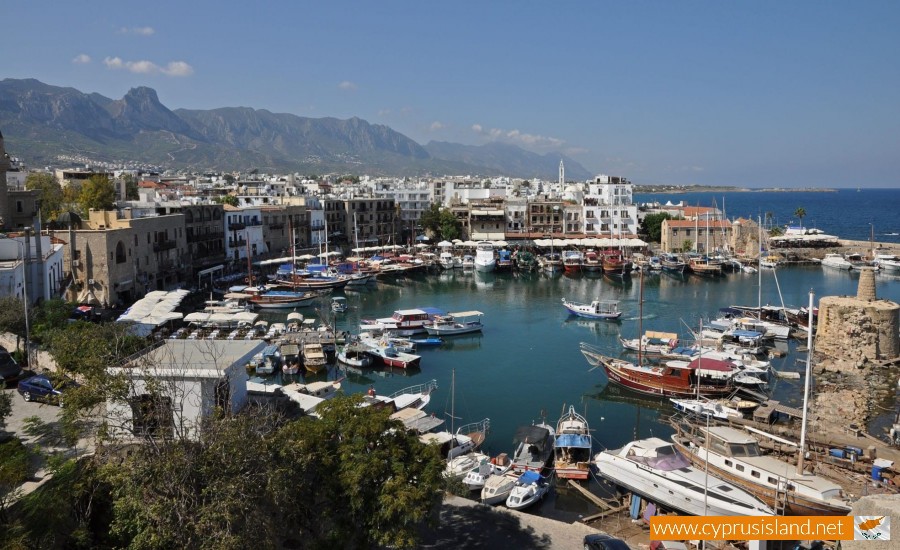 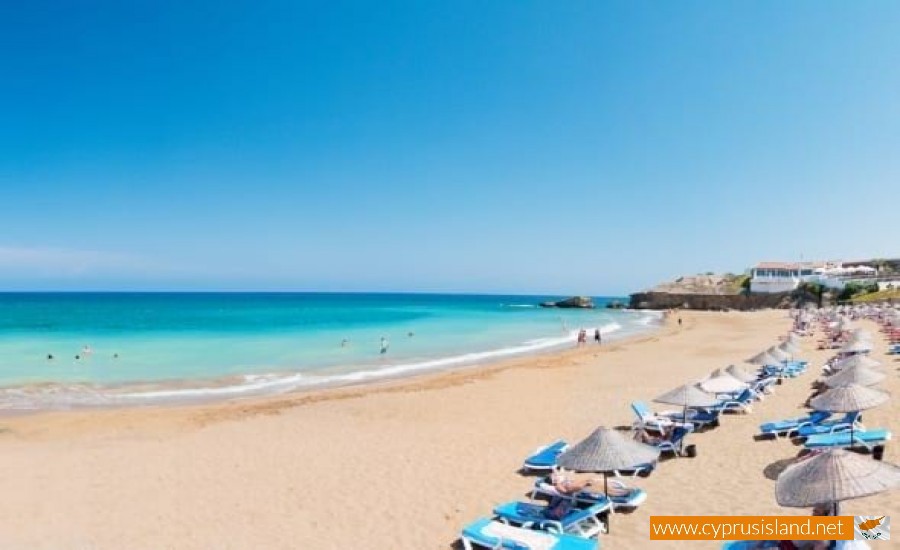 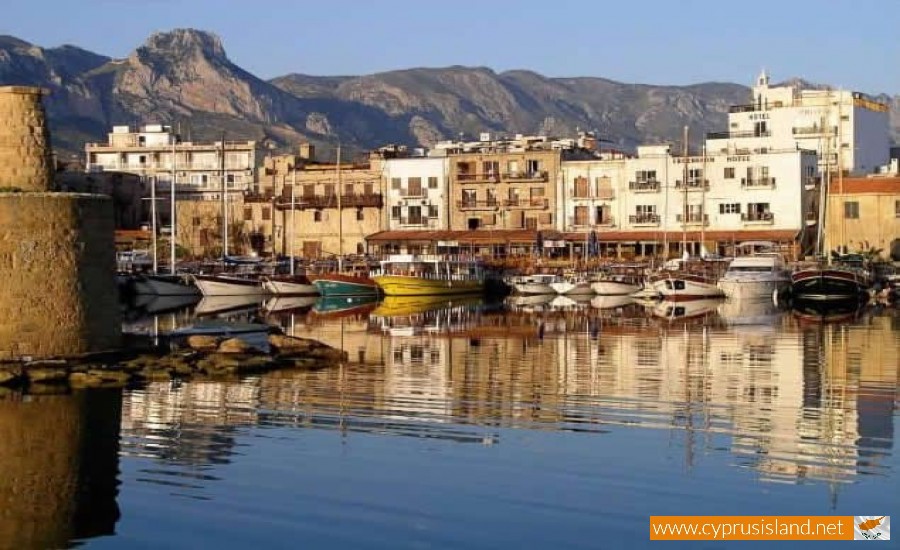 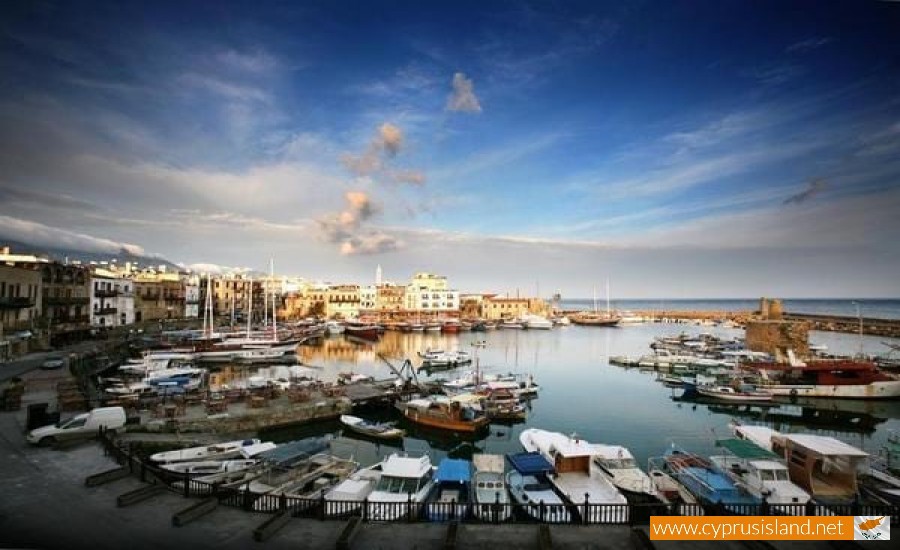 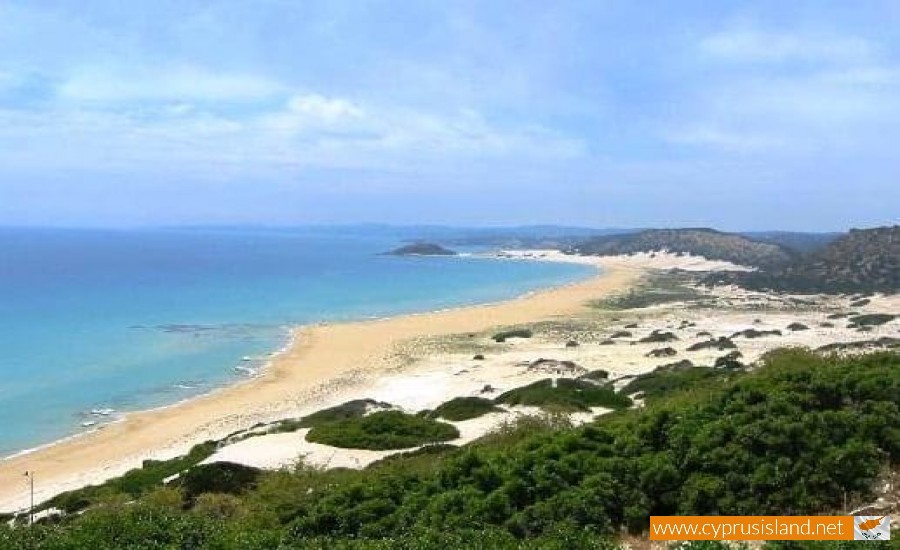 Attractions in Kerynia and places to see (map)