The monastery of Agios Panteleimonas or St. Panteleimon is located in the valley of Achera, which is where the name of the monastery got its name from.

Agios Panteleimonas monastery is considered as the oldest of the 18th century and this is shown from an inscription which is located on the west entrance of the temple.

According to this, in 1770 the temple was renovated. These renovations were considered to be necessary because the temple was ready to collapse, from the old temple there are no remains. At this point it is worth mentioning that according to Nearchos Klirides, the monastery was built during the 15 century and that it was originally a men’s monastery and during the 1970’s became women’s.

During the constructions a church loft was built. This addition is not found in many monasteries. In 1774, the iconostasis was made with gold while the icons of Christ, the Virgin Mary, Agiou Panteleimona and Agiou Nicolaou were made by the painter Michalis Thetallo.

The old monastery court is made of the temple and buildings which create a gamma shape to the north and east side. In 1989 another wing was added to the north. The ground level of the north part of the temple is the storage area, the washing area and the oven area. It must be noted that to this side there was a crypt entrance to the north side of the monastery as tradition stated it was used during the Turkish occupation.

In our days the temple has carved doors while the interior has a golden plated iconostasis. The monastery was renovated as mentioned before, by Archbishop Makario in 1970 while in 1986, the south wing was added. 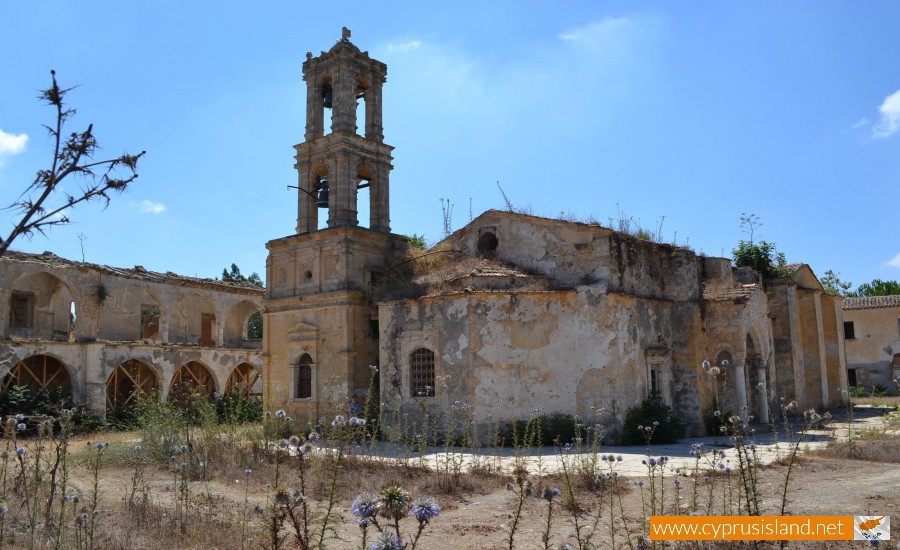 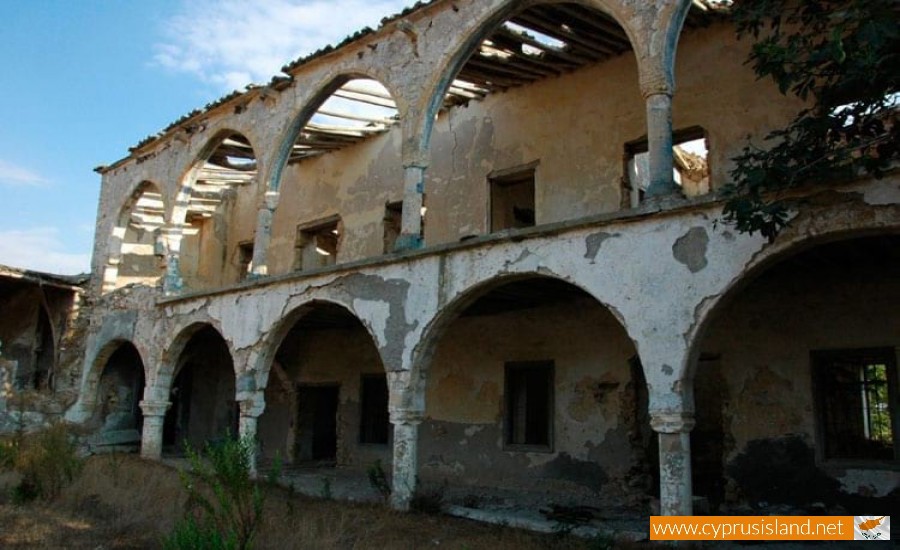 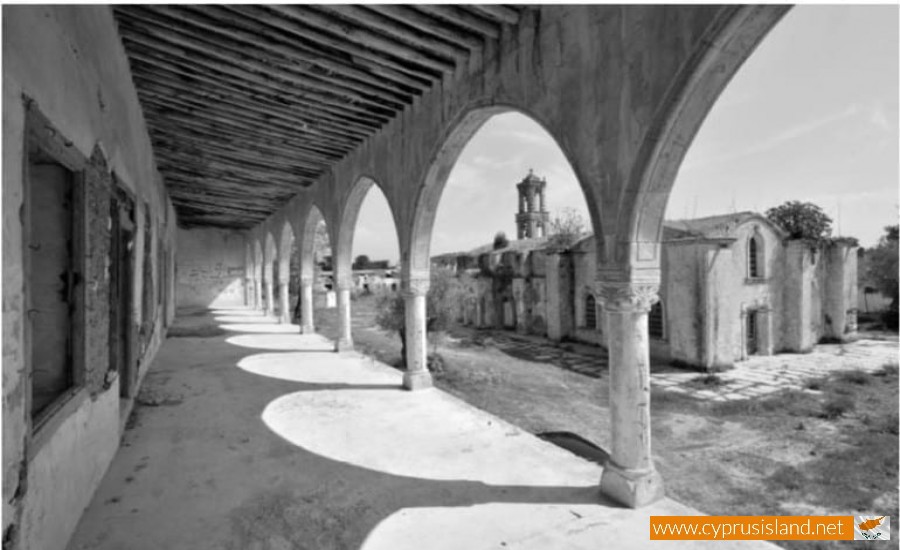