Chrysoroyiatissa Monastery is located at a beautiful location near the Panagia village, west of the Paphos forest.

The monastery was founded in 1152 A.D by the monk Ignatios who found the miracle icon of the Virgin Mary in the area of Moulia in Paphos. The miracle icon was said to have been painted by the Evangelist Loukas.

Ignatios transferred the icon to the mountain and built the monastery, to which he dedicated to the Virgin Mary Chrysorogiatissa. The monastery’s buildings are dated from 1770 an have an important collection of icons and treasures. The church is located at the centre of the monastery. The hagiographies which are above the three entrances will impress you. The icon of the Christ and the Virgin Mary which is at the monastery is also considered to have been painted by the Evangelist Loukas. It is also covered with gold and silver.

At the monastery, a centre of protection for byzantine and after byzantine icons as well as other treasures operated there. Recently a byzantine museum was created. In front of the main entrance of the monastery is a café- restaurant with a panoramic view.

Inside the monastery there is a variety of religious icons and treasures on display. One statue that attracts the most attention is that of the Virgin Mary which is made of pure silver. On the 15th August a celebration is held in honor of the Virgin Mary as it is believed on this day she slept but did not wake up. The word death is not used as the ‘Our Lady of the Golden Pomegranate’ is in deep sleep, but her other senses and organs like her heart and brain are still working. 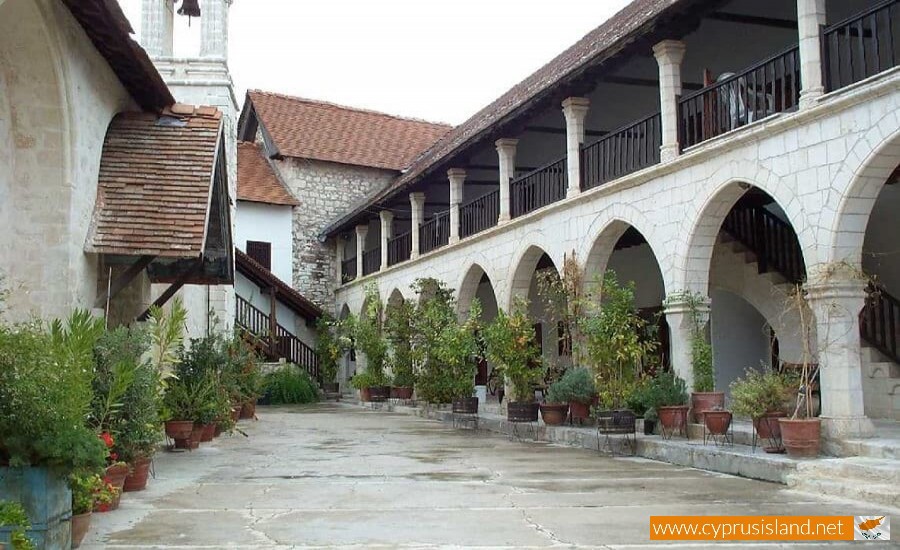 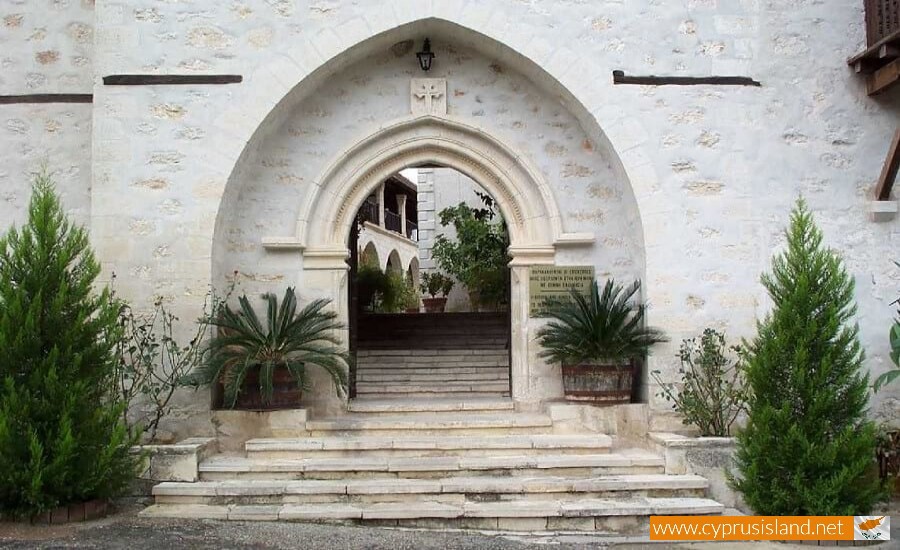