The Monastery of Priests or Agia Moni monastery as it is well known as, is located in the Paphos district between the village Statos and the Chrysorogiatissa Monastery.

It is built at a beautiful and quiet location away from the noisy everyday life. It is surrounded by a green environment, and the monks find peace there which is a necessity for praying and thinking.

The Agia Moni Monastery is considered to be one of the most ancient monasteries in Cyprus, with a rich history and an important role in the Christianity tradition and the Greek language especially during the Byzantine period in particular during the 10th and 12th centuries. In an attempt to regenerate the monastery, it was recently renovated and assisted by the Holly Monastery of Kykkos to which it belongs to.

There are many versions as to the name of the Monastery. The one which is most well-known is that in the past there were many priests there. That is how it took the name Monastery of the Priests. It was also called as Agia Moni because it was the area where many Christians went to to find peace with themselves and with God.

The Monastery of Priests is made up of various buildings from various ages, which were adapted according to the needs of its habitants. On the west side of the Monastery is the building where the Monks rooms are located. During the last renovation which was between 1984 - 1995, some of the rooms were changed into an office, a kitchen and a dining room.

Towards the north the monastery is connected to a double storey building which is also has some rooms. Its extension leads to a chapel dedicated to Agio Athanasio of the 14th century. It was previously used as a part of the monastery but it was restored in 1964 by the department of Antiquities. During the restoration, a silver coin of the 15th century was discovered.

The church of the monastery, is dedicated to Saint Nicholas as is located to the east side of the construction. It is believed that the church was constructed during the Byzantine period. There is also a marble Christening bathtub which was in the temple as is believed to be from the same period.

In the same area with the temple found today, was a Byzantine temple probably built during the 12th century. Various architecture elements, tell us that there used to be two arches which were built on the ruins. With the passing of time, the byzantine temple was replaces with a Frank-Byzantine. This type was built by the Priest of Kykkos Nikoforos (1641-1674). About a year after the reconstruction of the temple, in 1973 a Russian monk called Vasilios Barski (1707-1747) visited the monastery. He said the following about it:

The east side of the monastery is taken over by a big church, built with big and hard stones with arches in the interior. From the outside it is covered with a wooden roof and tiles. It has a simple iconostasis and cheap candlesticks due to the poverty in the area. The floor is covered with big stones. It has five entrances, three from the west, one from the north and one from the south.

With the passing of time, the south part of the temple was severely damaged so in 1882 when the Metropolitan of Paphos Epifanios took over (1890-1899), he was forced to renovate the temple. However in 1885 during the renovation there were two inscriptions found of the 4th century B.C which are still written today. The inscription is referred to the King of Paphos Neoklis, who had built the temple in dedication to the Queen Hera.

According to the tradition, the Monastery of Priests was built during the 4th century by the Saints Eftihio and Nicholas. It is said that Eftihios took the stones from the ancient temple of the Greek Goddess and Nicholas carved them. Together they then built the temple. Eftihios lives all his life until his death at the monastery, while Nicholas left for Lykia. The history of the two saints was written by the principle of the Greek School of Nicosia Efrem the Athenian in his book on the history of the Holly Monastery of Kykkos in 1751. Efrem had hear many things about the monastery and visited it for himself where he found the manuscript of the life of Saint Eftihios. 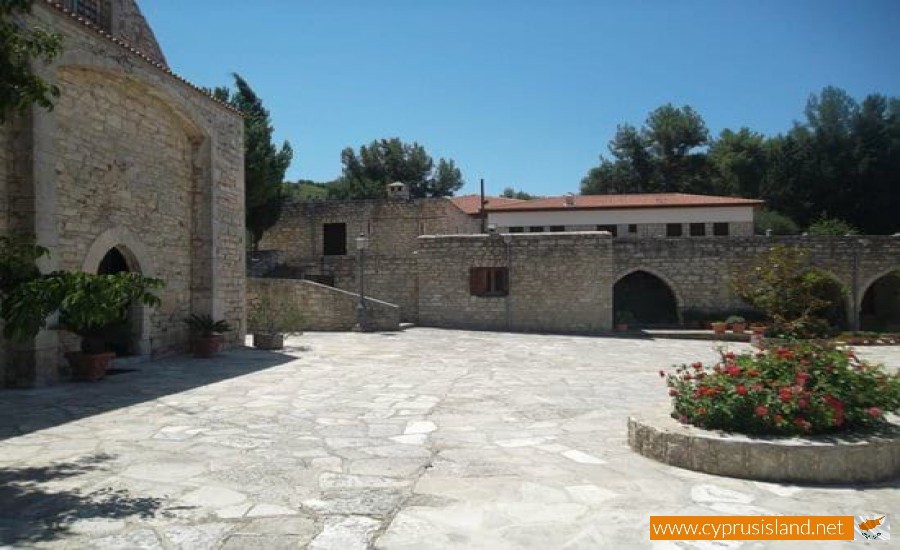 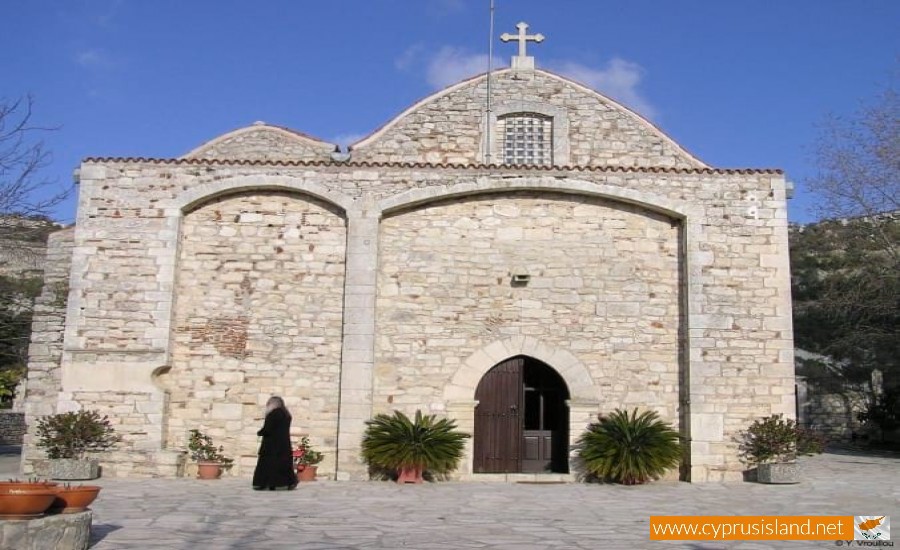 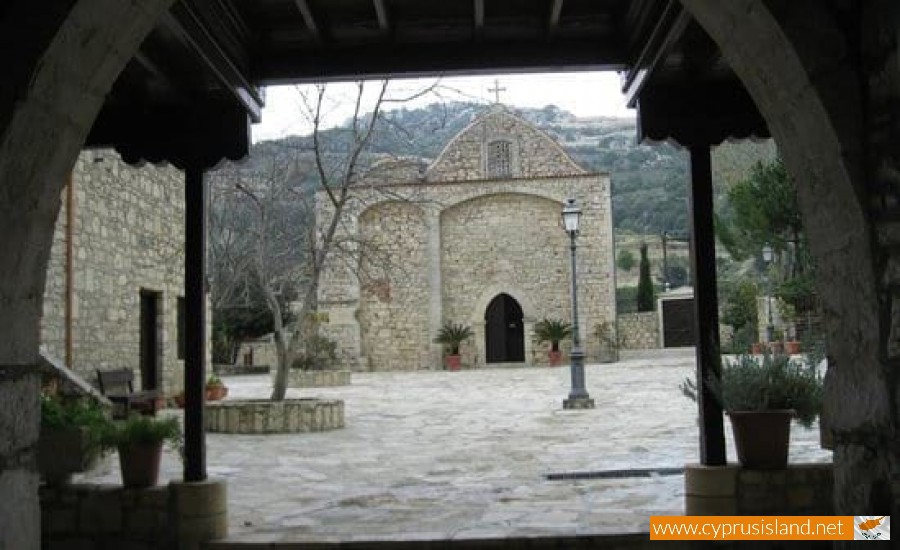