Pentadaktylos Mountain, Πενταδάκτυλος (Greek) is a mountain mass which is part of the Kyrenia Mountains and which runs 160 km along the North coast. It got is name because the mountain resembles five fingers which is the meaning of the word Pentadaktylos.

During July 1995, a devastating fire burned a large area of the mountain, and as a result of this significant forest land and natural habitat were lost. Near Pentadaktylos Mountain, there are many historical castles and monasteries including the St Hilarion Castle.

There are two famous legends about Pentadactylos mountains.

The first one refers to the story of a proud villager who fell in love with the local queen and asked her to marry him. The queen deny that and asked the villager to bring her some water from the spring of Apostolos Andreas monastery in the Karpas, a very difficult journey in those days. The villager, accepted and started the journey. After a lot of days he returned with a skin full of that precious water. The queen was disappointed that the villager had succeed and again she refused to marry him. The man was furious and he poured the water on to the earth, seized a handful of the resulting mud and threw it at the queen. She ducked and the lump of mud sailed far across the plain to land on top of the Kyrenia mountain range, where it is to this day, still showing the impression of the thwarted villager’s five fingers.

The second, and more famous than the first one is the legend of the Byzantine hero Digenis Akritas. The tradition says that Digenis Akritas hand gripped the mountain to get out of the sea when he came to free Cyprus from its Saracen invaders, and this is his handprint. It is also said that he threw a huge rock across Cyprus (Paphos) to get at the Saracen ships. The rock was landed in Paphos, across the other side of the island. That rock is known as the "Petra Tou Romiou" or "Rock of the Greek". 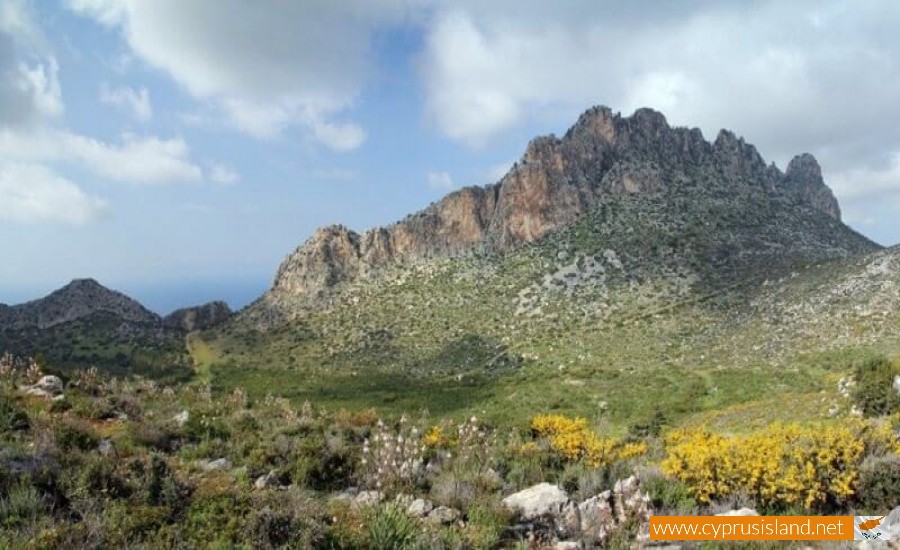 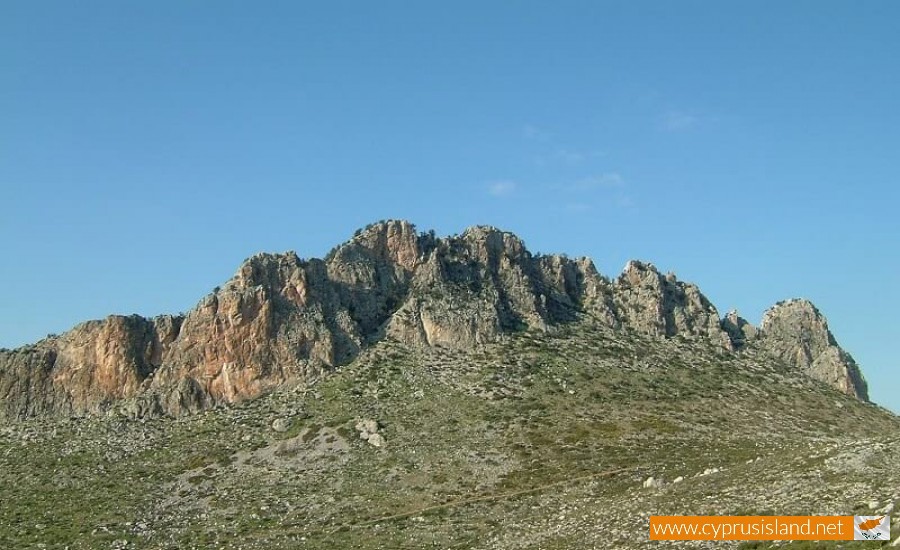 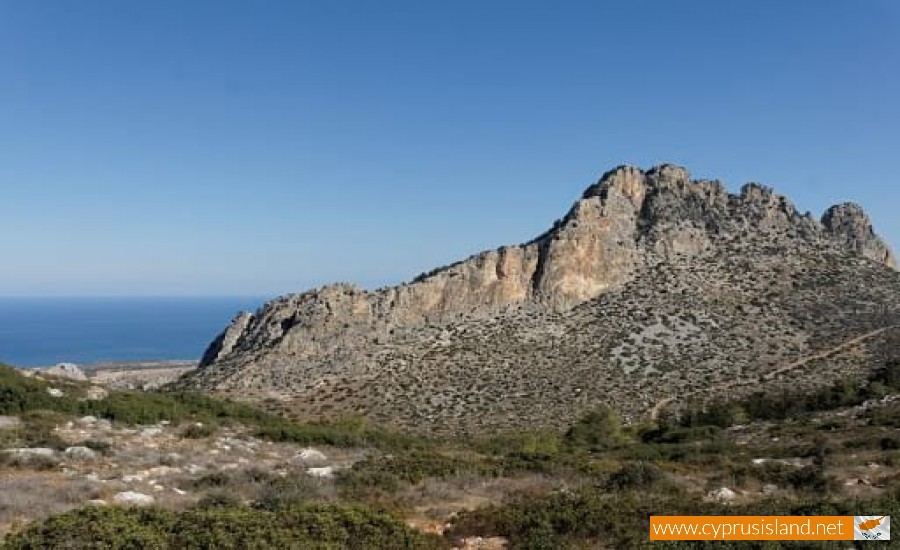