The Akamas Peninsula is located in the western angle of Cyprus in Paphos and it is considered as one of the most popular places to visit. The name Akamas originates from an Athenian warrior, the son of Theseus who came to the peninsula after the Trojan war.

The villages that are included in the area from the south towards the north are Peyia, Kathikas, Pano Arodes, Kato Arodes, Ineia, Droushia, Fasli, Androlikou and Neo Chorio. The topography of the area covers about 230 square km and includes a plateau of about 500 metres, smaller plains, small rivers, deep narrow valleys, caves, gorges sandy beaches, rocky shores and small islands.

It is a unique area, both geologically as well as geographically with regards to flora and fauna that is found in the area. It is also worth mentioning that it is considered to be one of the greatest areas of Cyprus, an area of great natural beauty as it is unaffected by development.

As far as the climate conditions are concerned, the Akamas Peninsula is included in the west coastal zone, but there are many different microclimates. Rainfall occurs mainly in autumn and winter and the annual rainfall ranges between 450-600mm. The average annual climate for January and July is 10 °C and 30 ° accordingly. The Akamas Peninsula is characterised by the typical vegetation of the Mediterranean type, affected by the sea climate. Biographically it is ranked as a Mediterranean Sea zone of low altitude. The location alternates with a variety of habitats which include forests, low bushes, cliffs and sandy shores. Most of the peninsula has remained untouched, however human activity has affected the physiognomy and the composition of the flora in the area. The coastline is mainly rocky, with small steep cliffs.

The variety of flora and fauna living in this relatively small area is amazing. Foxes, snakes and other reptiles as well as many types of migratory birds can be found as well as rare endemic plants grow at Akamas.

The animals that can found in Akamas include fruit bats, shrews, hedgehogs, foxes, snakes, lizards, Griffon vultures, Cyprus Warblers, and Cyprus Scops owls. Vulnerable species include bats, magreonk seals and sea turtles. You can find more about some of them by visiting our cyprus fauna section.

A turtle hatchery can be found at Lara Bay , where the eggs are protected. Europe has identified the Akamas area as one of the 22 areas of endemism in Europe, and is also one of only three European areas holding two or more restricted-range species of birds.

The Akamas beaches are very important as being the last large unspoiled coastal area, and one of the very few important sea turtle nesting areas in the Mediterranean. The Loggerhead Turtle (Caretta-caretta) and the rarer Green Turtle (Chelonia mydas) nest at Akamas with the Green Turtle depending on the Akamas beaches for its very survival in this region. According to IUCN (International Union for the Conservation of Nature) the Loggerheads are considered "vulnerable" species and the Green Turtles are considered as "endangered species". Nevertheless, IUCN specifies the the annual nunmber of Green Turtle nesting females in the entire Mediterranean could be as low as 325-375.

In total there are 6 Nature Trails, 4 in the Akamas Forest (Adonis, Aphrodite, Pissouromitti and Smigies), 1 in the Peyeia Forest (Avakas Gorge) and one in the community of Kathikas, part of which goes through the Kathikas Forest (Ayiasma).

In 2003 the Botanical Gardens of Akamas were created. The main aim of the creation of the garden was to exhibit the botanical heritage of the Peninsula. Today it accommodated about 120 types of the local fauna, aiming to become 250 in the future.

There are many elements in the area that present an increased interest from a scientific, archaeological, cultural or tourist point of view. These are: 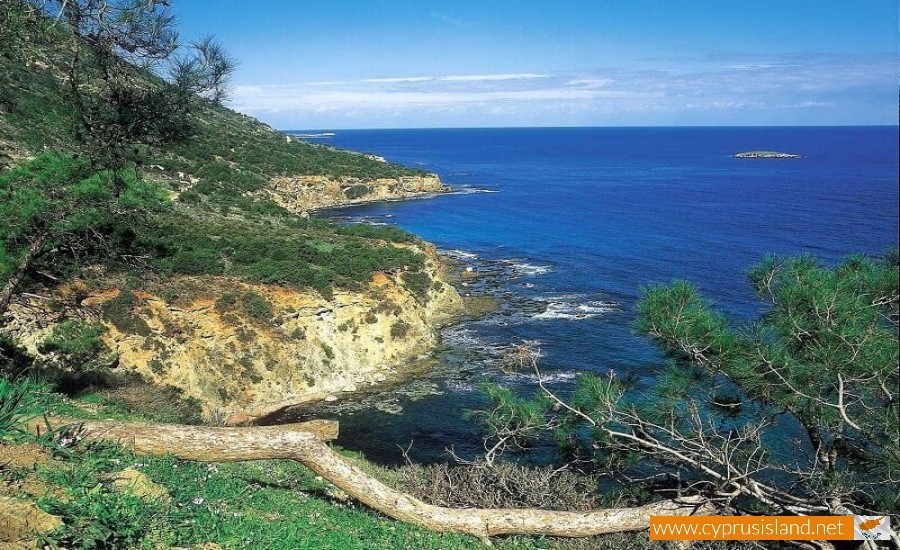 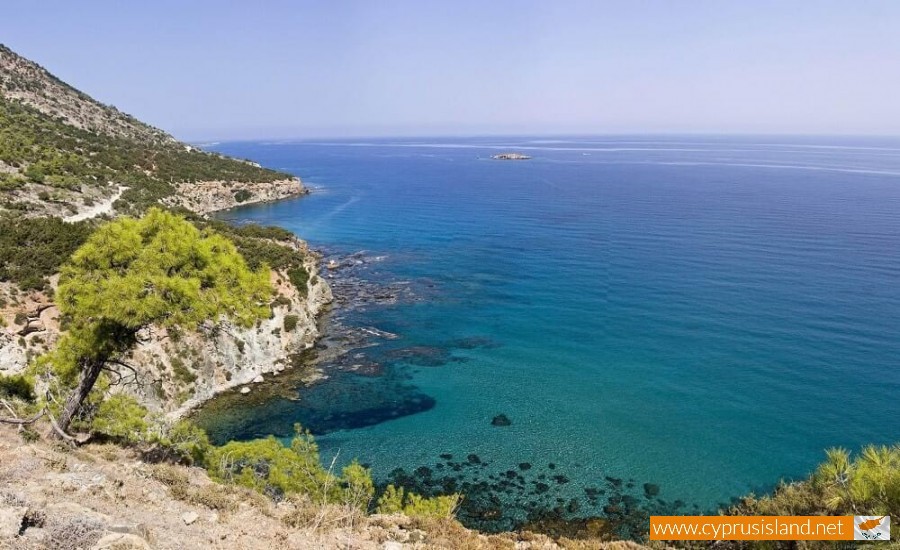 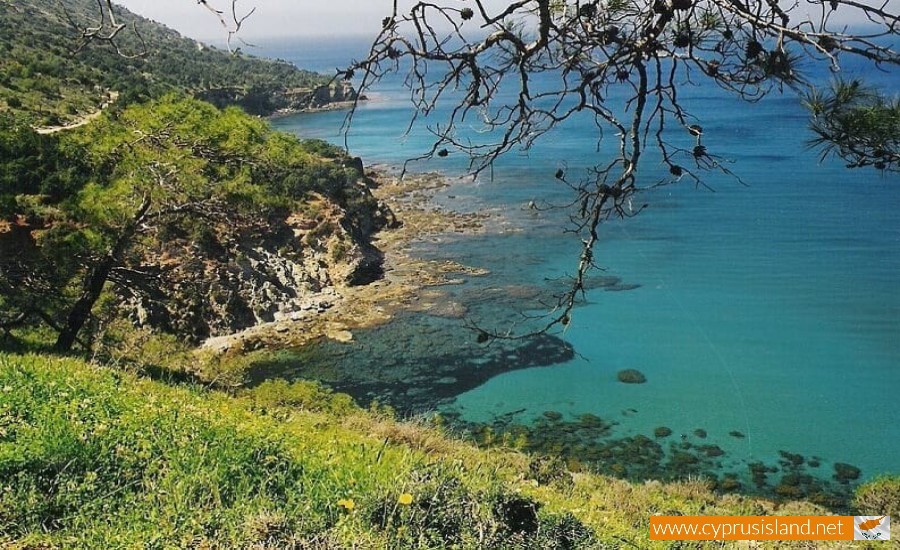 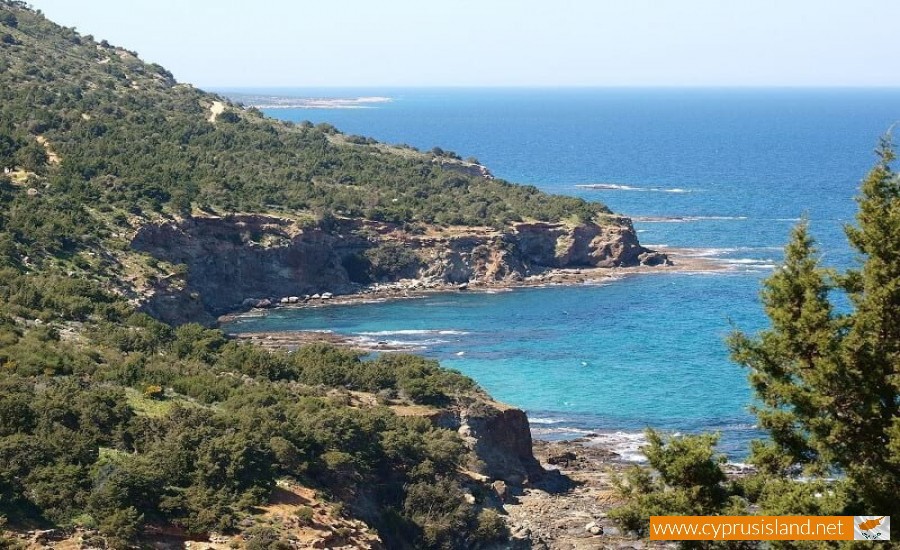 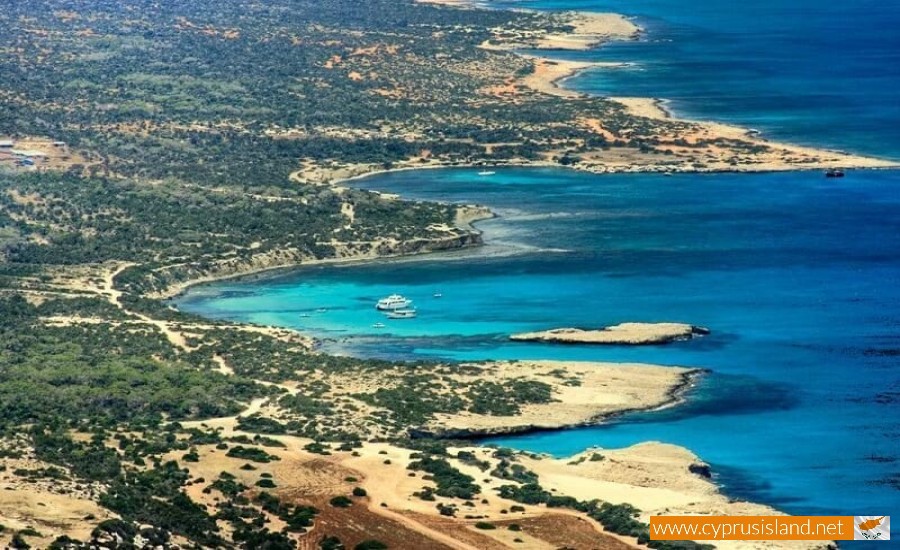 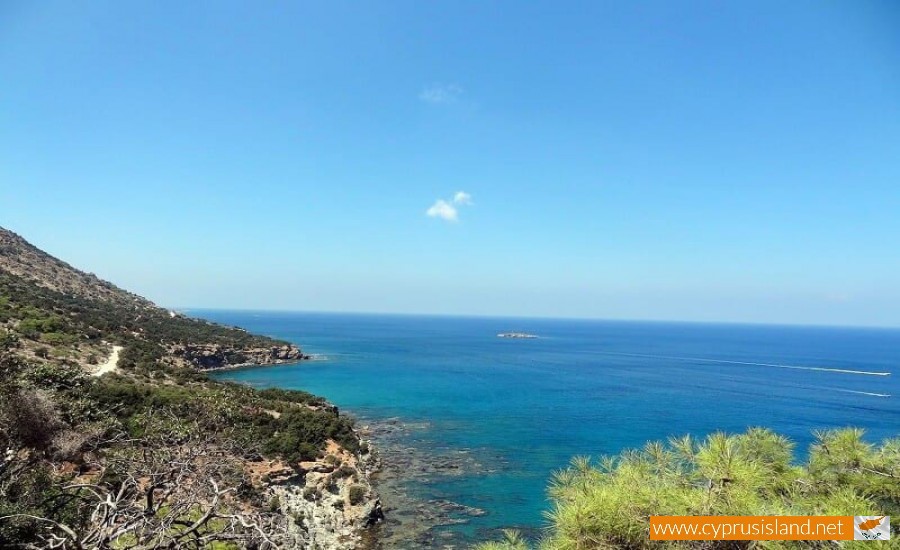 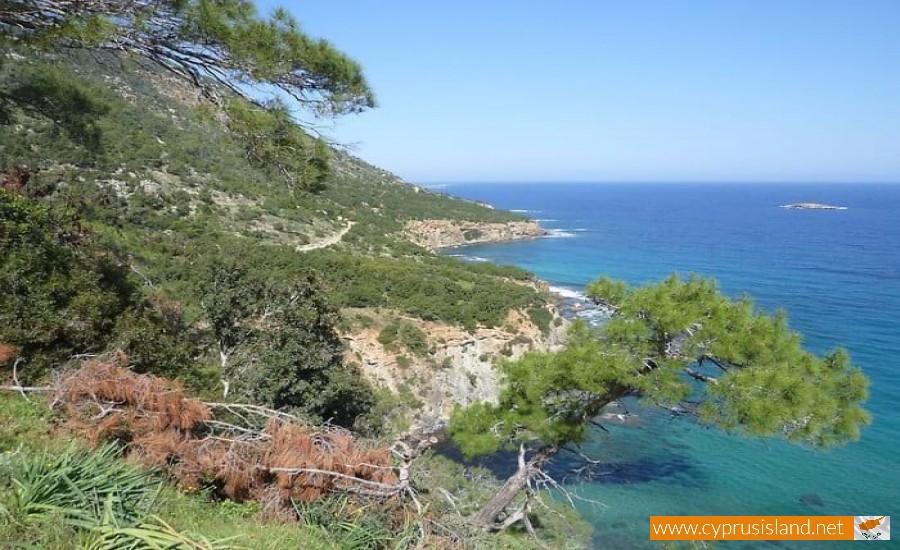