Karpasia , or Krapasea or Karpasou peninsula is the largest North-eastern peninsula of Cyprus which forms the projection of Mount Olympus , at a length of 47miles and ends at the Agios Andreas Cape.

In this peninsula there were two ports during antiquity called “Karpase” which alternatively served the Mediterranean city of Karpasou according to the weather. One was north, opposite Sarpidona of Cilicia and the other was at the southern developing coast.

These two ports are located near the coast of the peninsula which is created by a narrowness, an isthmus which has a scope of three stages, the two bays of Rona (north) and Melissakrou (south). The ancient town of Karpasos was located at the same place where the town of Risokarpaso is located today.

The Board headquarter of Karpasia is a part of the Ammchostos district including all of the northeast part of Cyprus. In concern to the church it belongs to the Metropolis of Nicosia. The area of Karpasia includes 39 villages. The main products of the area are wheat, oil, silk, pomegranates and the well-known “kolokasi” (sweet potato) of Yialousa. 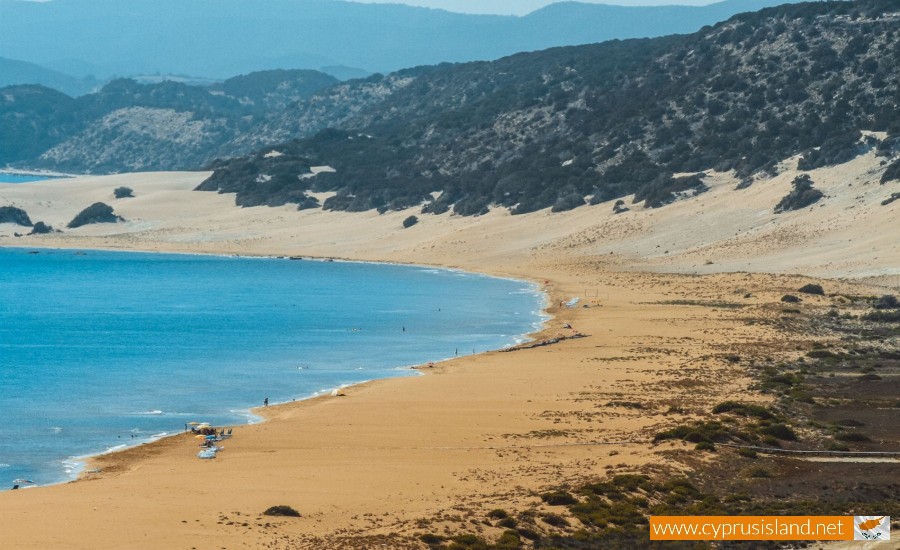 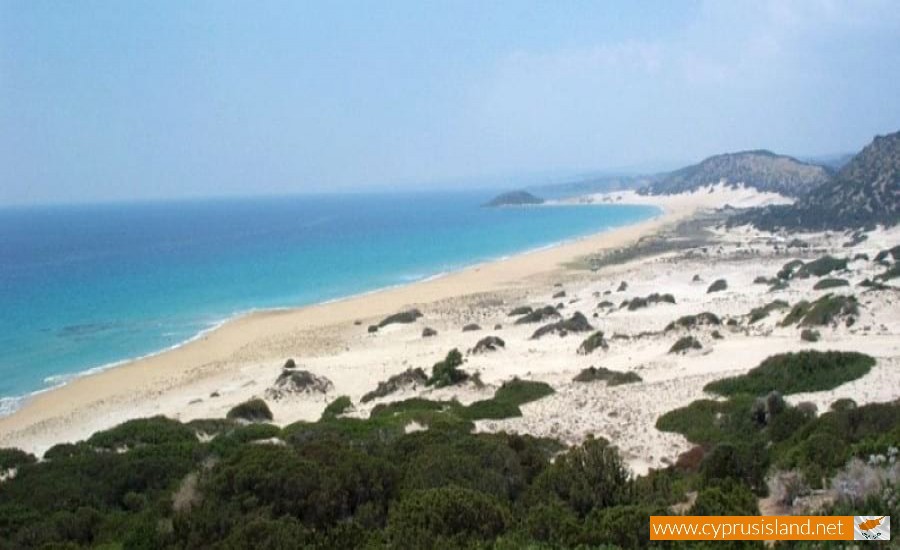