Troodos mountain, also has many Byzantine monasteries and churches which are located on impressive mountain peaks, as well as mountain resorts to spent you time on the mountain and enjoy the picturesque valleys and villages. Back in history, Troodos was known also for its mines, and during the Byzantine period, it was an important place of Byzantine art, as churches and monasteries were built in the mountains.

During the winter snow falls, mostly on the higher ground of the mountain. The land is wet with the snow and they valleys at a lower level are full of green with golden oak and willow. The area is full of aromatic and maquis (shrubs) colonise areas of low rainfall on the rocky slopes. During the summer months the high ground turns yellow and the shrubs become flowers. One of the most popular things to do on the  Troodos mountain is Hill-walking.

The Troodos mountain range is highly crowded with villages and roads. The highest village of Troodos is Prodromos at 1,390 m. Most of the villages give an impressive appearance with the way that they were built on the hillside. The mountain is much cooler than lowlands during the  summer months and the hill resorts are full with Cypriots during that period.

Some of the most famous Troodos villages are the ones of Platres, Kakopetria, Fikardou, Kalopanagiotis, Pano Panagia (Birthplace of Archbishop Makarios), Pedoulas and Prodromos.

There are four waterfalls in Troodos region. These include: the Chantara Falls (Xantara), the Caledonia waterfalls, the Millomeri Fall and the Mesa Potamos waterfall. 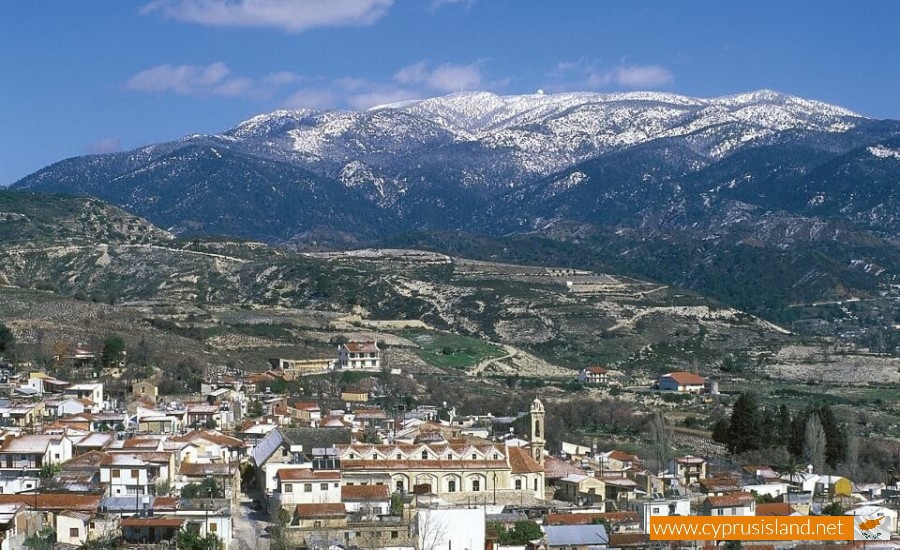 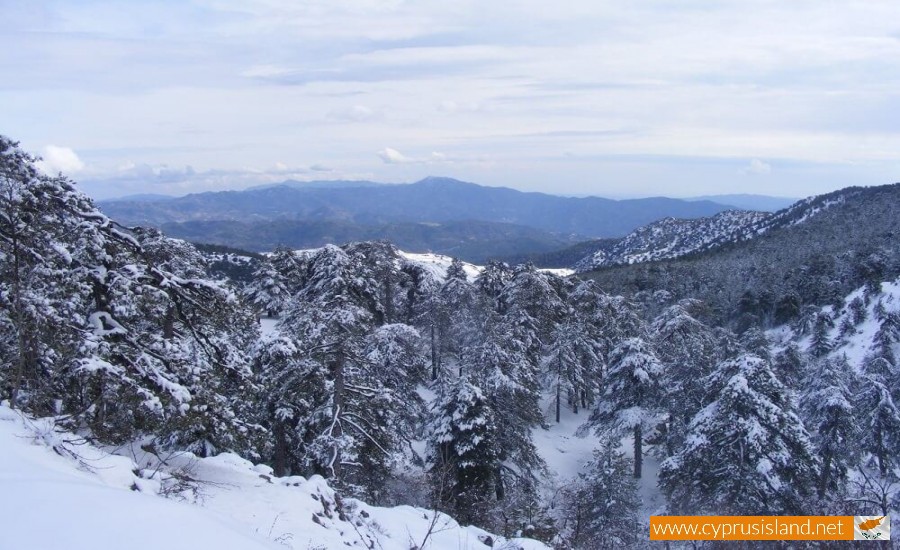 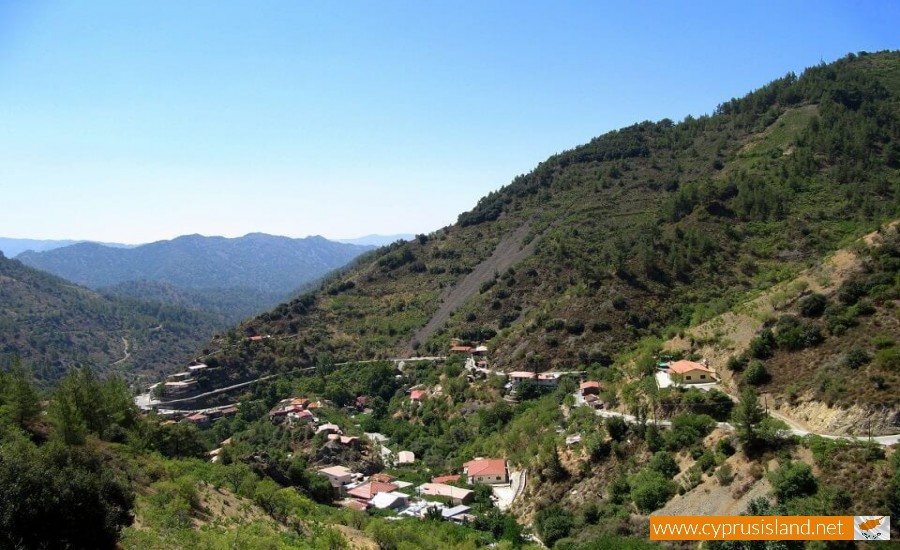 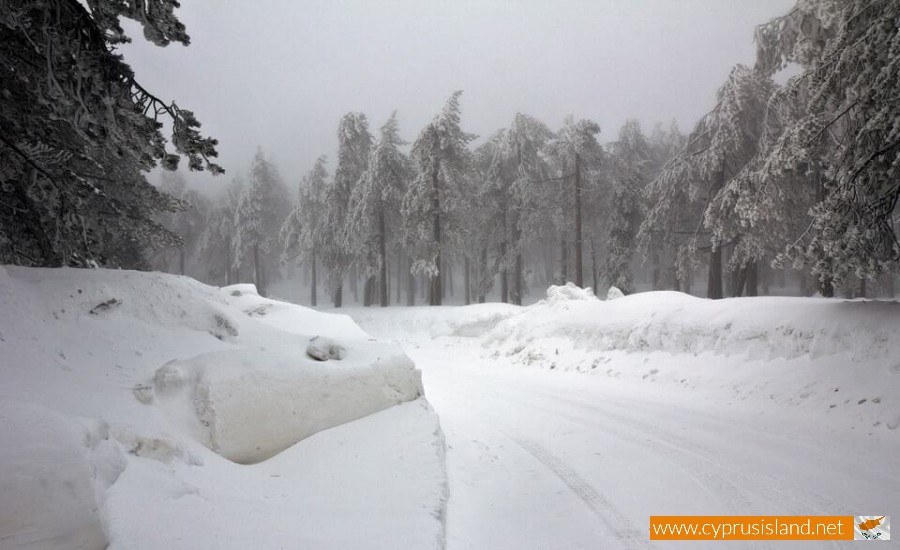 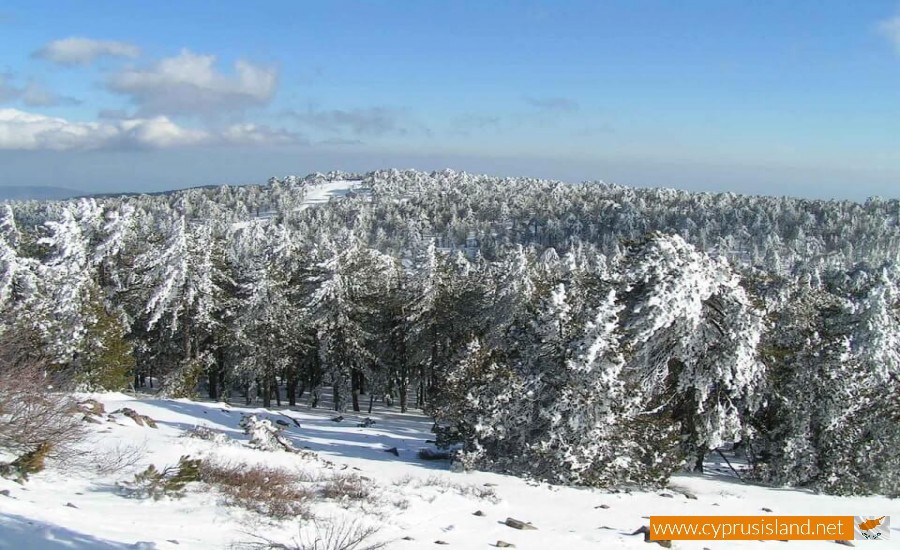 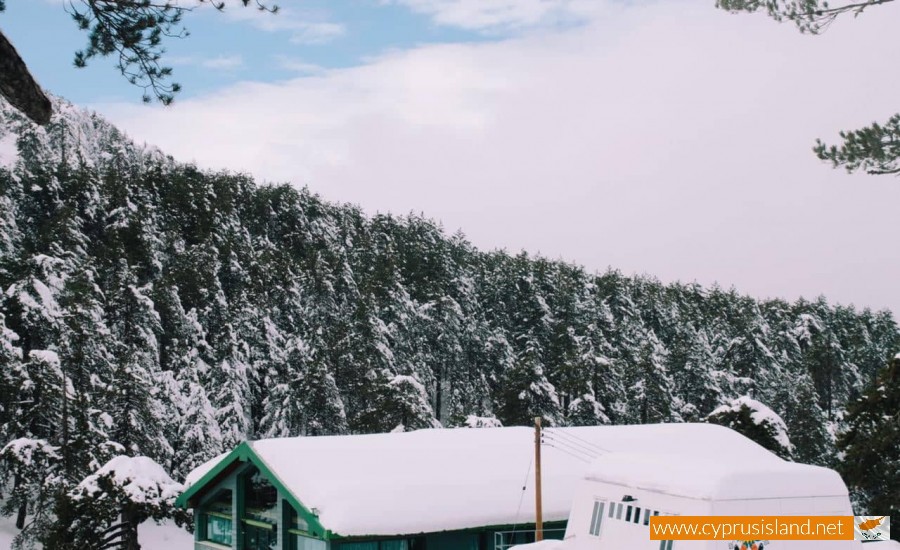 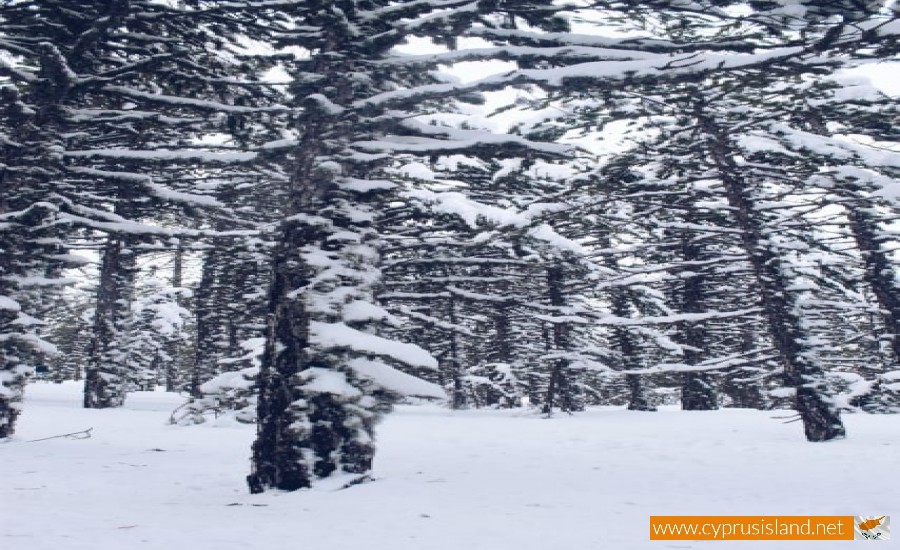 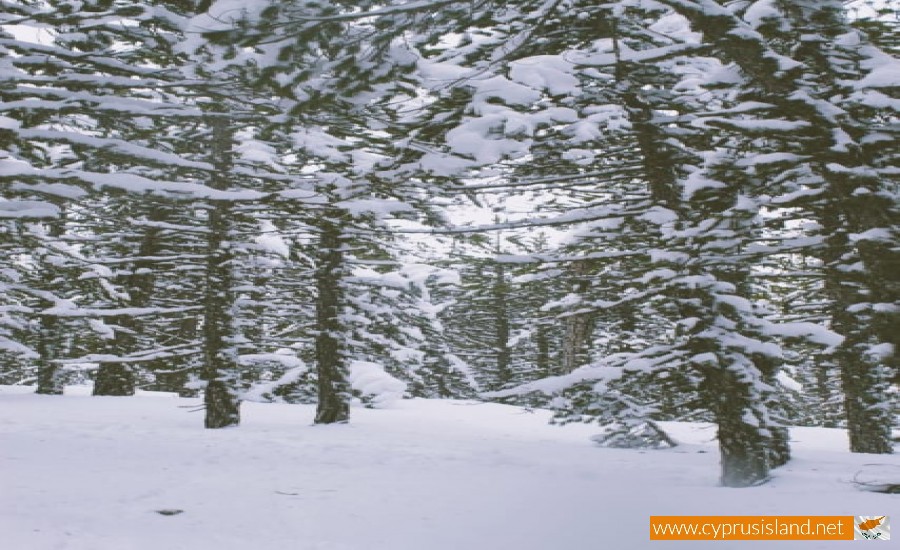 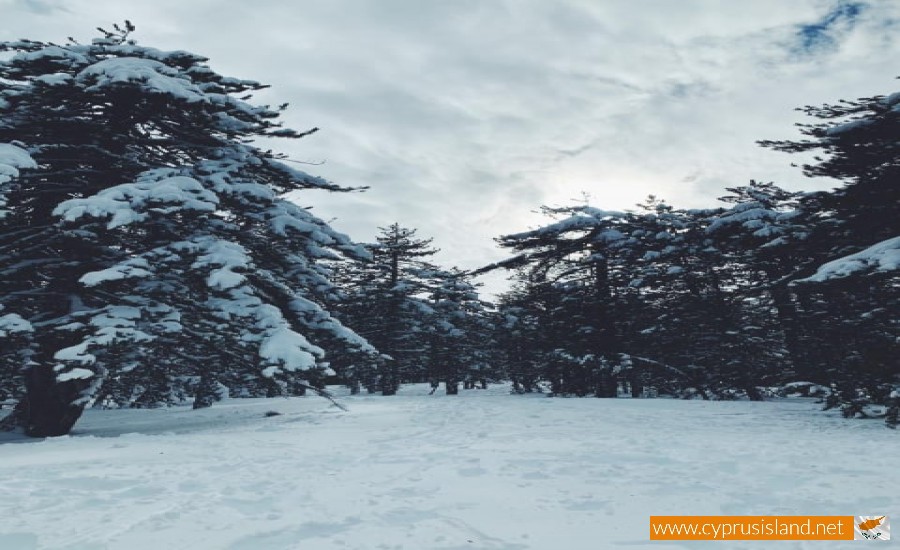 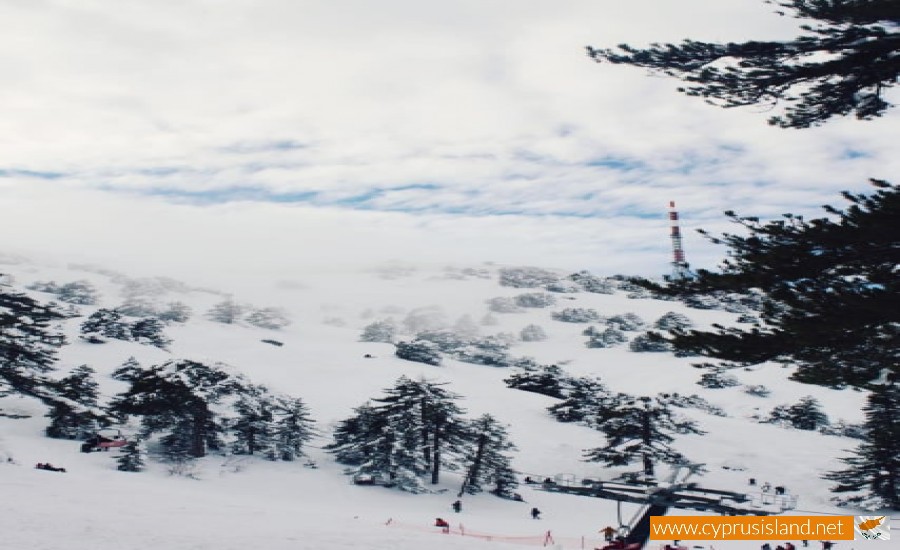 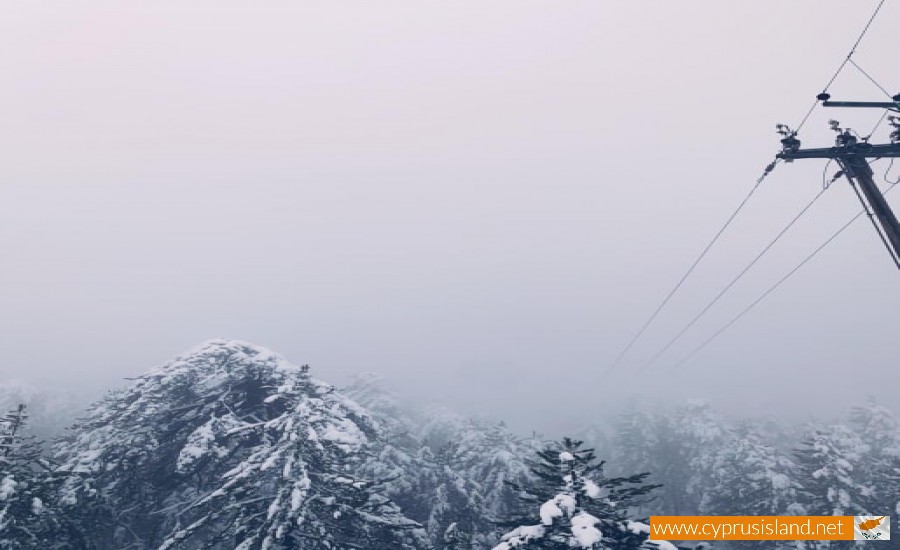 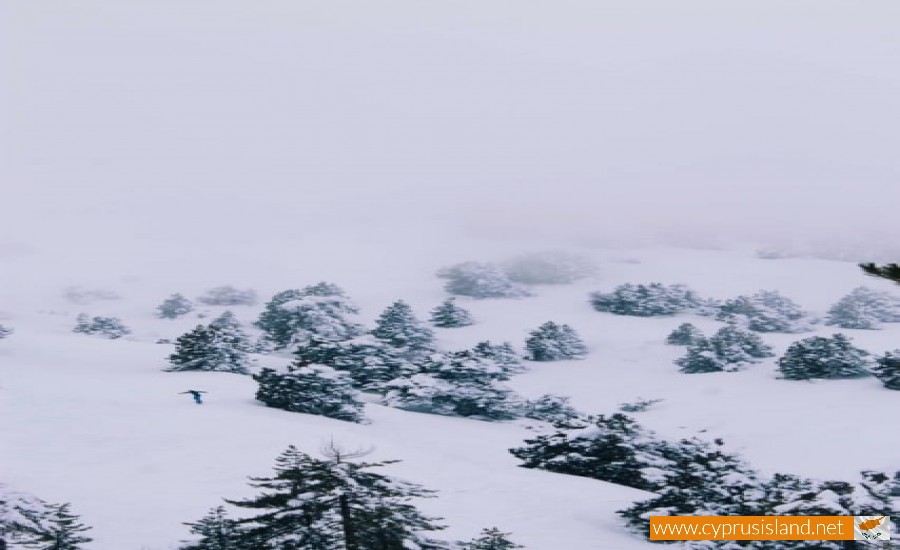 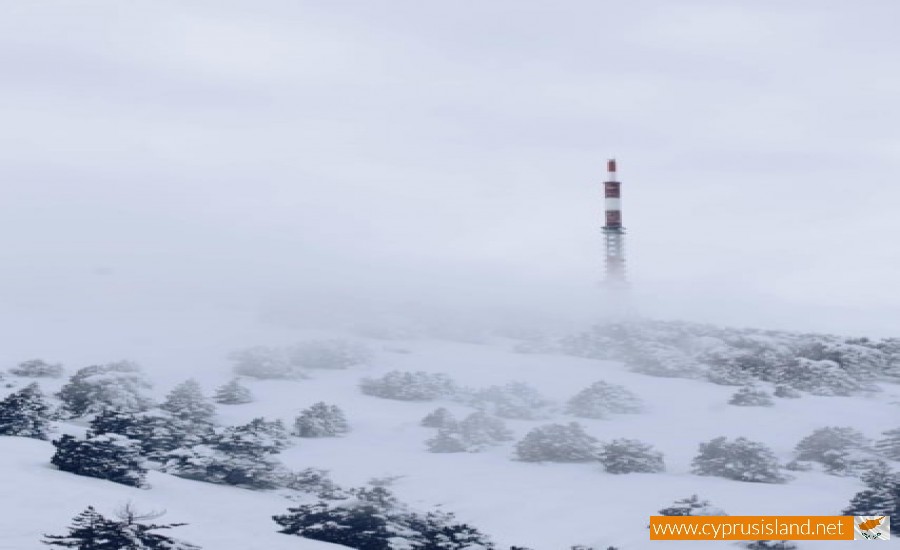