Tombs of the Kings - Paphos

The Tombs of the Kings or “Τάφοι των Βασιλέων" in Greek are situated in the Paphos district. More specifically they are located  two kilometres northwest of the Paphos harbour. The Tombs form a large necropolis site which has also been declared a UNESCO World Heritage Site.

The tombs are unique due to its courtyard architecture which seems to have also been affected by the Egyptians. The ancient Egyptians believed that the dead should lay in tombs that resemble houses and this is exactly what the Tombs of the Kings replicate.

The Tombs cover a distance of about 1.2 square metres. As the name suggests, one would think that is a burial ground for kings, however no kings have actually been buried there. It is actually the resting place of 100 Ptolemaic aristocrats who died in Paphos between 3 B.C. and 3 A.D.

The tombs were used by the first Christinas , while some of them were used during the Medieval period after being altered accordingly. At the same time the area was a timeless quarry.

The Tombs of the Kings were pillaged by thieves from the 19th century and more specifically by the American Consol in Larnaca Luigi Palma de Cesnola. Excavations began during 1915-16 and continued with interruptions from 1937 until 1951, while in 1977 the continuous archaeological excavations of the necropolis began, until 1990.

There are various types of tombs in the area: simple carved in the rock, chamber tombs that are made up of a path and one or two chamber tombs and tombs with a patio. These are the most impressive tombs and are made up of a large underground yard and are held up by limestone Doric columns. The chambers are carved on the side of where the pathways are. A wooden ladder has also been added for easier access.

There is also evidence that brings to the conclusion that these tombs had iconographies on them with the standard of the Macedonian tombs, which is where the Ptolemais were from.

Many of the tombs feature Doric columns and frescoed walls. In addition, there are still archaeological excavations being carried out at the Tombs of the Kings site and due to the ongoing excavations the Church of Paleoekklisia, which depict Byzantine frescoes has been discovered.

Tombs of the Kings - Paphos photos: 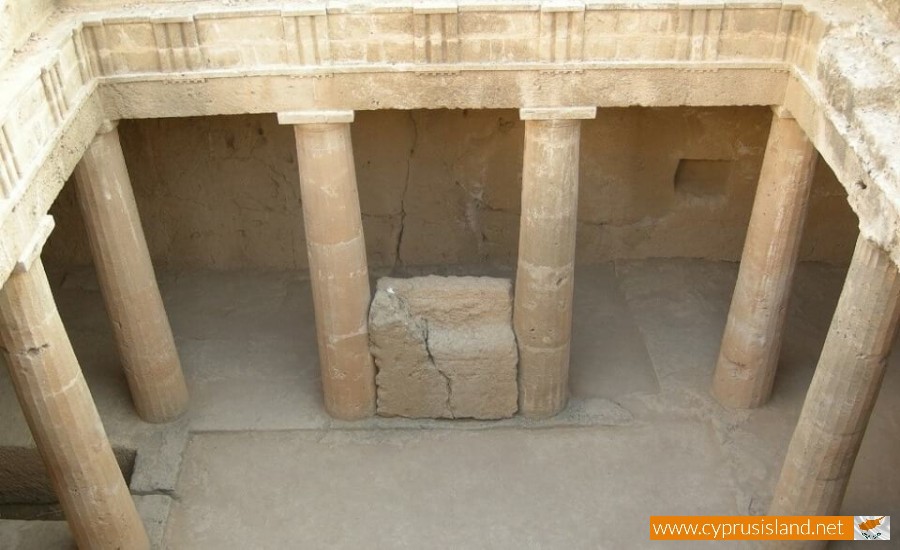 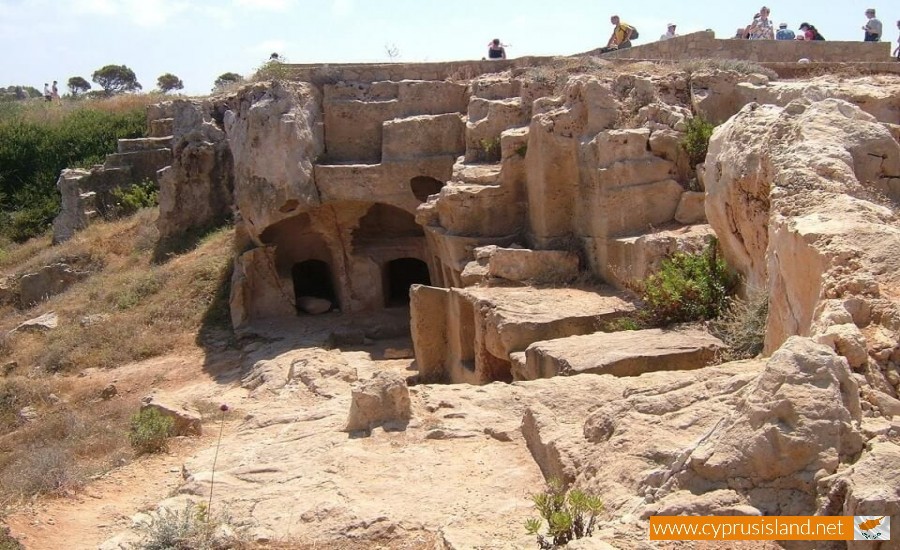 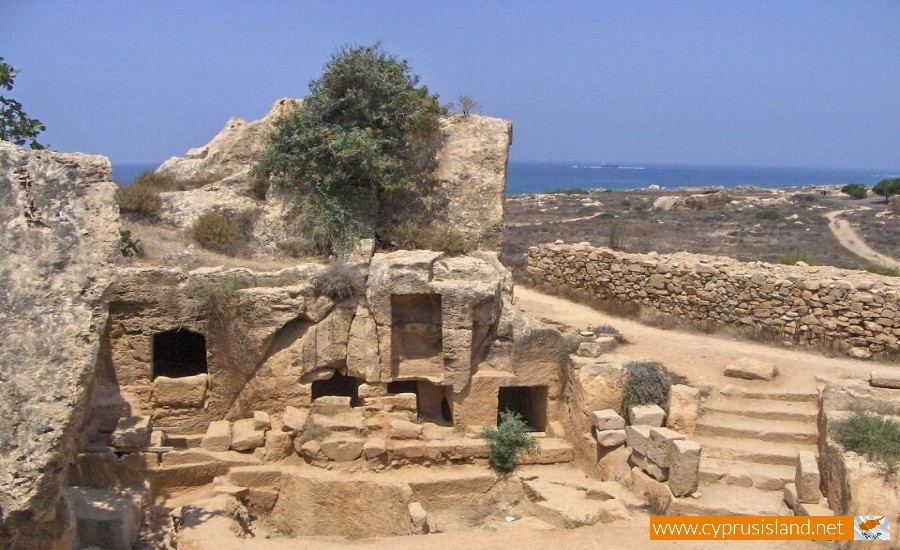 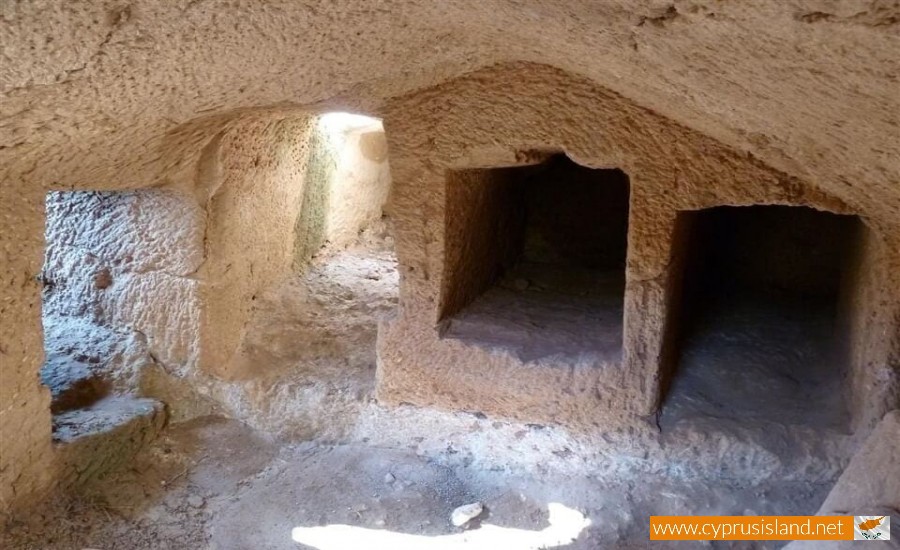 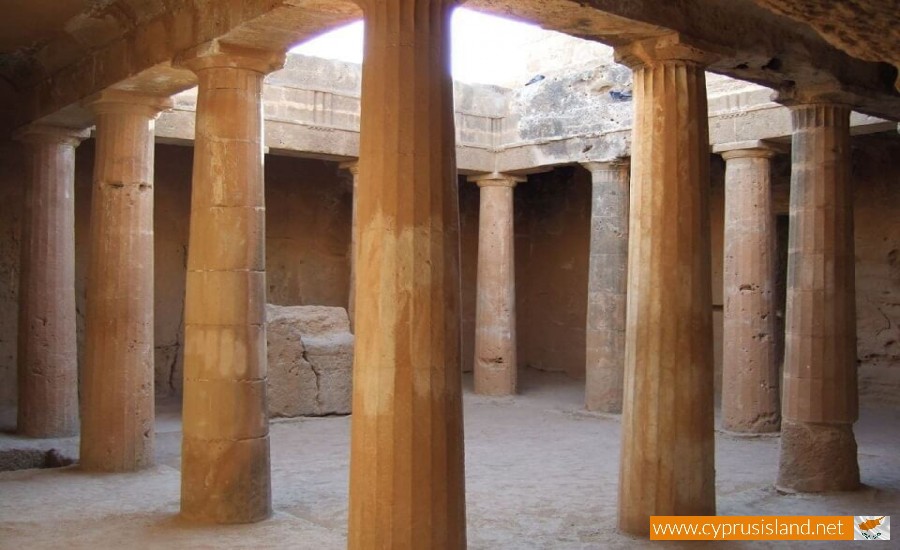 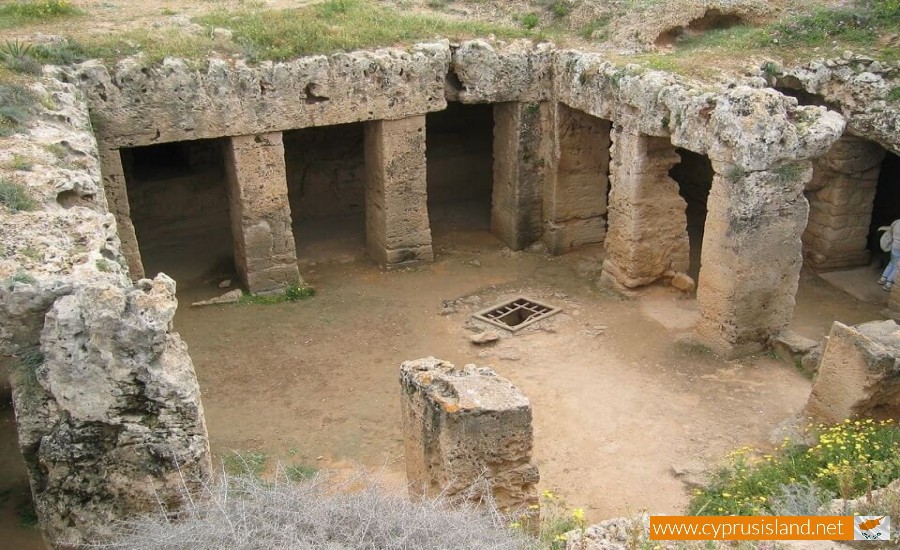 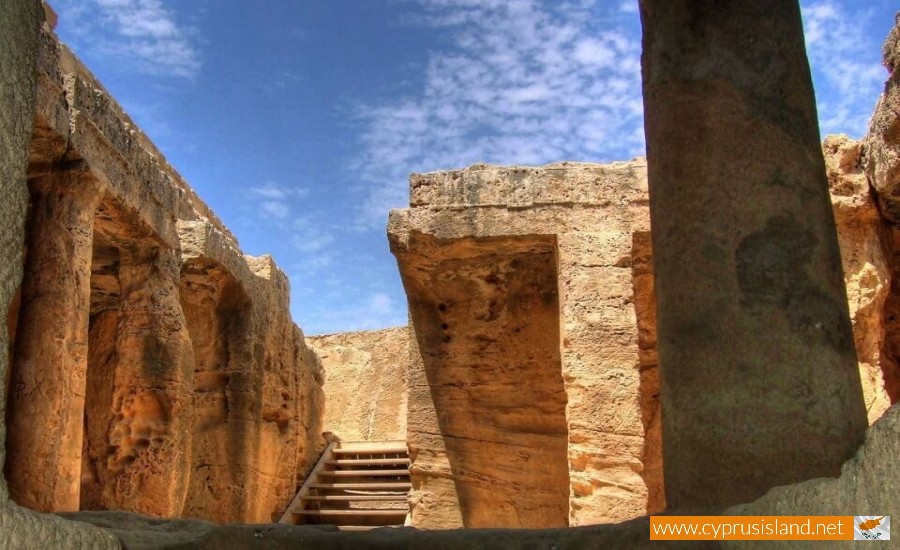 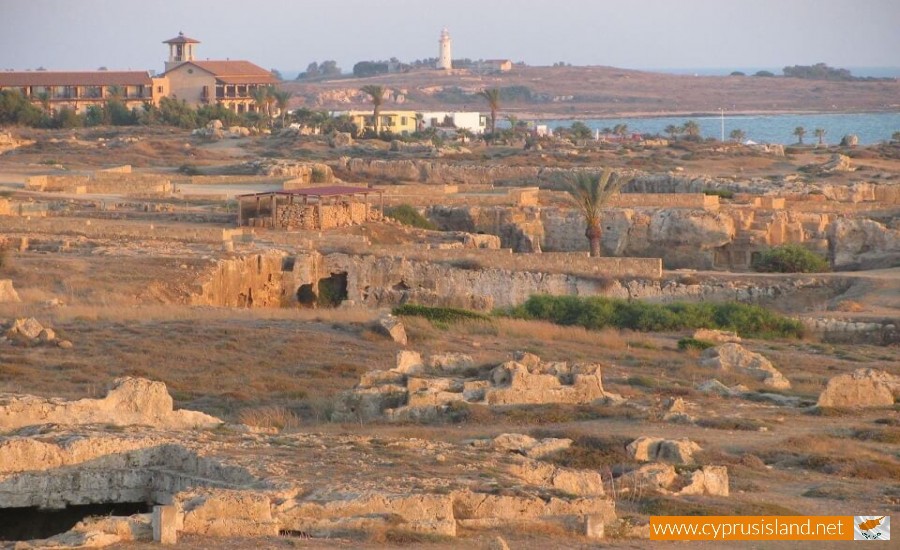 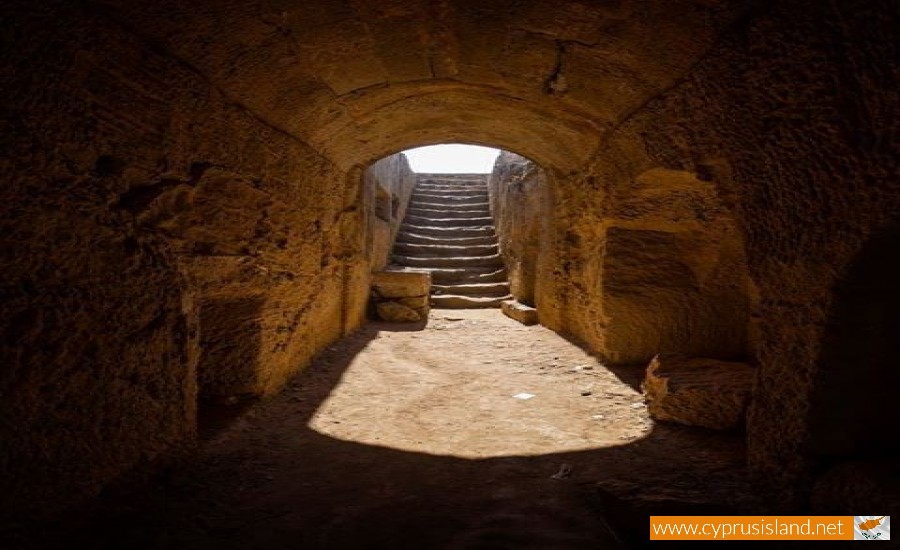