With the expenses of the emperor Zinona and other formal members of the Constantinople, the historical temple of the Apostle Varnava monastery was built. The temple was decorated from the inside and outside with mosaics of the 6th century by the monk Alexandro. The temple as well as the monastery were hit by Arabic raids like that of the Halif Moavia in 654 A.D during which Salamina was destroyed. The earthquake which hit the area was also catastrophic.

During the 9th towards the 10th century, at the time that the Emperor of Constantinople was Leondas Sofos, a new temple was built at the ruins of the beautiful old temple. The temple was made of three domes.  However the new temple also wore out and one of the domes as well as the altar were destroyed. During the 17th century when the Archbishop of Cyprus was Ilarionas Kiyialas, the temple was built again with some important changes. One of the domes was cut out.

An excavation of 1936 brought to light, the old Altar as well as the most recent one as well as part of a mosaic pavement of the 6th century. To the right of the Altar, a box was found with the remains of the saint. Today the box is empty and it is unknown when the remains were stolen. It is possible that this occurred during the Arabic raids.

Since 1971 the monastery was deserted and abandoned. In 1971 three monks, Haritonas, Stefanos and Varnavas children of a church family asked the Archbishop Kirillos to use the monastery. The Archbishop handed them the monastery on the day of the celebration of Apostle Varnavas, on the 11th of June 1917.

In 1964 Archbishop Makarios III, sent another five monks to the monastery. One of them is the priest at the monastery Gerondas Gabriel. On the 11th of June 1964 one of the three brothers, Stefanos was made priest of the monastery. Since then the monastery has been completely renovated except for the front part.

To the south of the church there were pipes which showed that the monastery was connected with the water system from Salamina through the village Kythrea. These items exhibit how grand the monastery was, as it was described in the 6th century.

The completion of the Apostle Varnava temple with its three domes and the altar was a goal to be fulfilled. Also the plan was to extend the monastery towards the east in order to include the tomb of Apostle Vanava. Before the Turkish invasion these plans had been prepared however the occupation stopped their fulfilment.

The three fathers which kept the monastery for over half a century has died when they were banished. They were not buried where they had spent their lives. Their tombs are at the monastery of Agiou Georgiou Alamanou at the south part of Cyprus.

After the invasion and the occupation the fathers were forced to leave, items which were saved had been found. A modern present from the Greek army , one box which contained the remains of Agio Nektario which was a present from the Metropolite of Aigina and a piece of the Holly Cross. These are kept at the Stavronouni monastery. Also the 12 Miniea which were given to the monastery by the Archbishop Kyprianos were also saved. These have his signature and are dated two years before he was hanged. These are located at the Holly Archiepiskope. The books of the monastery are located at the monastery of Agiou Georgiou Alamanou.

The Holly church items, the Holly glasses, the Holly Bible and the silver candlesticks of the church were taken by the invaders. Today the brotherhood of the monastery is still in banishment and is temporary located at the Kykkos monastery which is led by the priests Geronda Gavril and Christo.

The monastery of Apostle Varnava has been transformed into a museum and the original icons have vanished. The Turkish press mentions that the church icons and the crosses of priceless value have been stolen from the monastery.

In March 1981 three boxes with icons and other antiquities were confiscated at the Ancyra airport which were on their way to Germany. According to the Turkish press some icons were from the monastery of Apostle Varnava as 35 of them had been taken, while the most ancient were from the castle of Kerynia. In 1977 there was also another robbery at the museum. 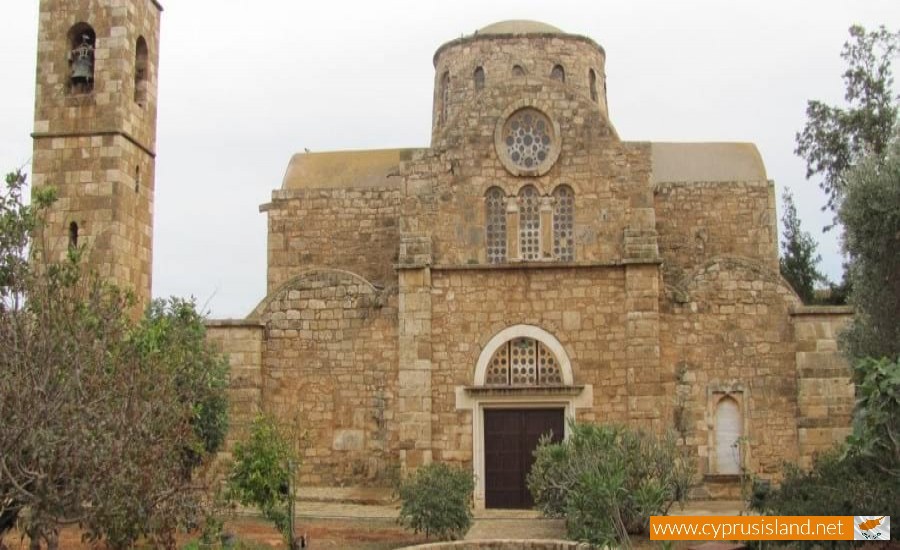 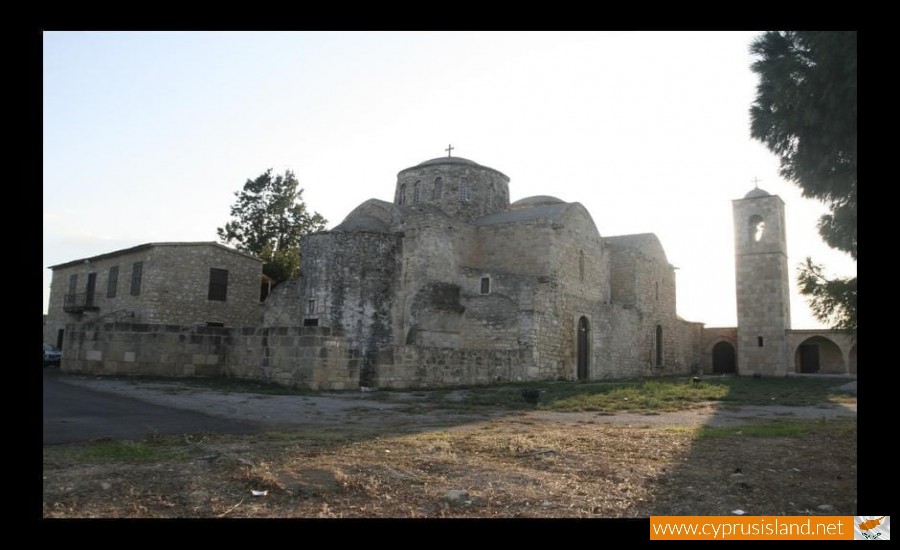 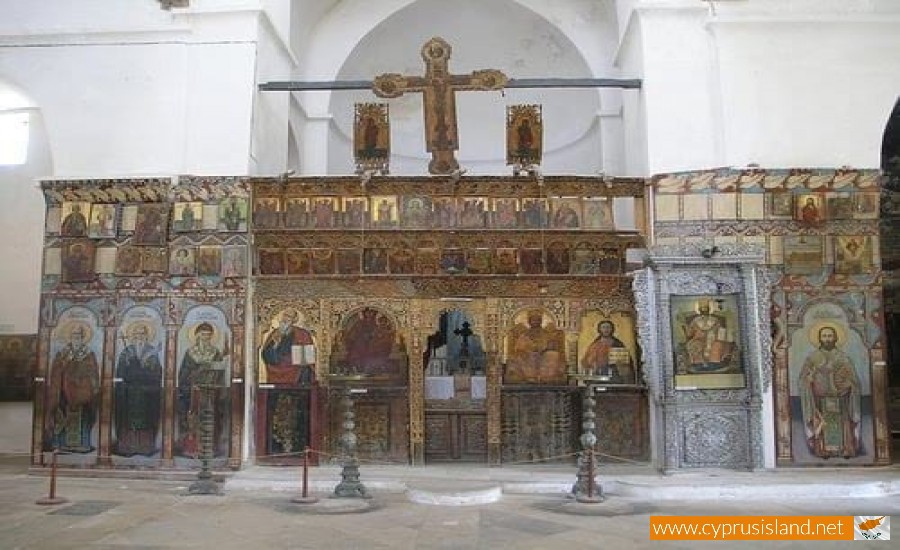