The Buffanento Castle is located in the north mountain range of the occupied Pentadaktylos Mountain, at an altitude of 954 metres above the sea surface.

The peak on which the castle is built on, forms the second highest peak of the north mountain range and controls nearly the whole side of the island. The difficult to access position of the castle along with the rocky area are the factors which determined the shape of the cluster, limiting its dimensions but at the same time making it one of the most effective and most impregnable lookouts of the island.

Its name was first found after the defeat of 1191, when Isaak Komninos was forced to give up this castle along with others to Richard Lion heart. The name Buffavent was possibly given to the castle by the Franks in memory of the Buffavent Fortress at the mountains of Savoia. The Buffanvento was also known as the Fortress of the Lions.

The castle of Buffavento as well as those of Kantara and Agiou Ilariona , was built during the end of the 11th – beginning of the 12th century , in a period which Cyprus was of great military and political importance for the Byzantine Empire , due to the occupation of Asia Minor by the Seltzoukous.

The start of the crusades during the end of the 11th century, made the island even more important from a strategic view. The fortress of the north side of the Pentadaktylos Mountain and especially Buffavento , controlled the sea of Kilikia and the south Asia Minor beaches , watching the movements of ships in the area and giving news to Nicosia about any attacks.

During the period of the Franks, the original byzantine buildings were extended by new rooms and the castle entrance which exists today was made, as well as two rooms of the lower zone. The castle was used as a fortress during this period, as a station for giving signals and as a prison.

As the rest of the castles in the same mountain range, Buffavento was destroyed by the Venetians, during the beginning of the 16th century (after 1529) in their attempt to enhance the defence of Nicosia and the beaches in order to stop the enemy forces from using the fortress.

During the eve of the Ottoman invasion in 1570, Astorre Baglione prepared the defence of Nicosia and sent anyone who could not fight into the castle.

The castle formation occurred with the natural formation of the land and it made up by three zones:

The lower zone includes the entrance of the fortress with the pointed arch, which was rebuilt by the Franks and is located at the east wall of a two storey tower, whose ground floor only remains. To the west of the entrance there is a building complex from the Louzinian era which included an arched room and two other rooms which were partly carved into a natural rock. There is also a large arched room with two carved one in its floor.

In the same area there are small arched rooms which possibly served as arsenals. To the southwest side of the fortress there is a two storey building of the Byzantine period which is made up of three rectangular rooms.

Following a scale which is partly carved in the natural rock, one reaches the highest zone which includes three building complexes. At the centre of this zone is a rectangular building of the Louzinian period which is covered with groined-vaults and possibly operated as a chapel. To the west there is a series of four rooms which belong to the byzantine phase of the castle. The floor of the larger room has two tanks which collected to the rain water that ran from the flat roof through vertical water popes. There is a tank in the second room and a third outdoor tank is located outside the north courtyard.  The north wall of these rooms extends towards the west and includes a narrow rig from which signals were possibly given from Nicosia towards Kerynia. 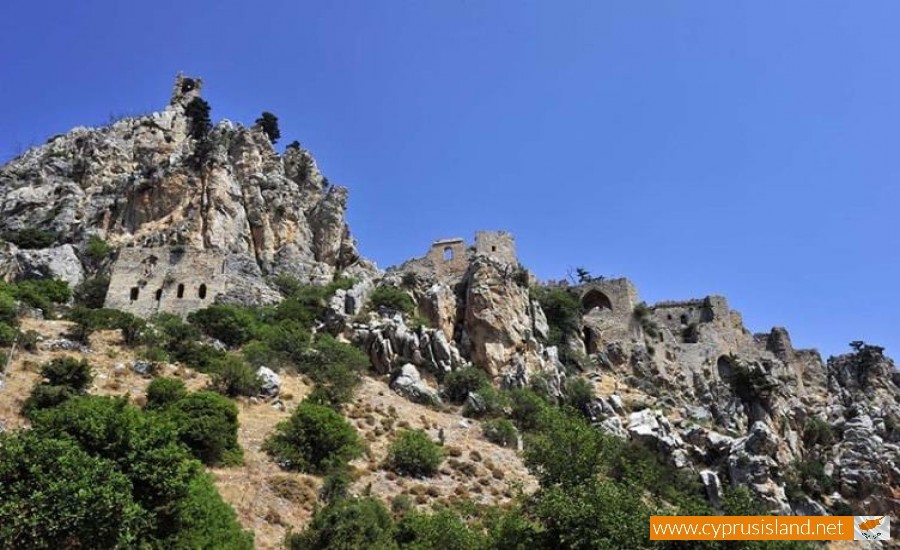 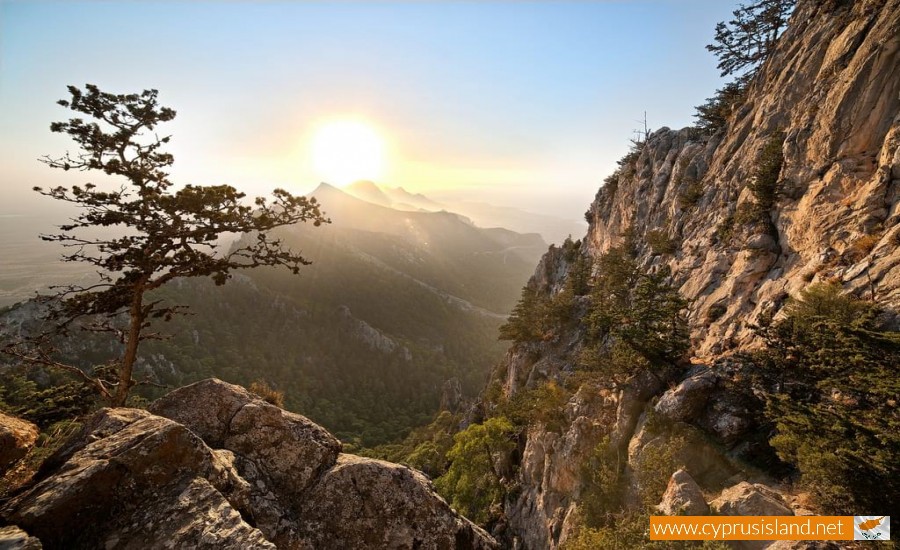