Bellapais is a Greek village in the Kerynia district about 6 kilometres southeast of the town of Kerynia. It has been under the Turkish occupation since 1974.

It is built on the north side of Pentadaktlyos at an altitude of 220 metres. The altitude increases from the north to the south and in the area of the village which is taken up by the national forest of Dikomo-Bellapais the landscape becomes mountainous with tall and steep mountain peaks and deep valleys. Into these valleys, small rivers flow from the mountain peak of Pentadaktylos and are then taken to the sea area of Kerynia. The altitude of the village reaches 935 metres to the southwest of the village. It has an annual rainfall of about 530 cm.

Before the invasion of 1974, citrus trees were grown there, such as lemon trees, orange trees, mandarin trees olive trees, carob trees and wheat. The largest extent of the village is not cultivated and is covered by a variety of natural vegetation such as pine trees. A large part of the national forest of Dikomo- Bellapais is in its region. From an agricultural view livestock was especially developed in the village. In 1973 42.140 there were chickens, 228 sheep and 33 goats.

The beautiful environment of the village and the small distance from the city of Kerynia began to draw in the interest of the local residents as well as the foreign for tourist development. Before the Turkish invasion of 1974, Bellapais was a popular resort for many retired Europeans, mainly British. Around the village many holiday houses were built which were offered to local and foreign tourists.

The village took its name due to the famous abbey which is located there. It is obvious that the village was formed next to the monastery which was originally a community for the workers who were occupied in the abbaye lands. After Cyprus was taken over and all the Latins were sent off the island, the residents used the temple as a church dedicated to the Virgin Mary Asproforousa. Apart from the changes which were made to the temple it has remained in its original form of the 13th century.

Apart from the famous abbaye, there is another important archaeological site in the area. This is a community and cemetery of the prehistoric years which is located in the area of Vouni, about 4 kilometres northeast of Bellapais.

The foreign residents of Bellpais as well as the local residents who remained there after the Turkish invasion of 1974 had been trapped there as they fled from Kerynia. They were later transferred by the Turks. The number of the Greek Cypriots trapped in Bellapais were 434 in 1975. The primary school operated for a little, with many difficulties. During September 1976 the last residents were sent away.

Bellapais Abbey is a gothic monastery in the occupied part of Kerynia in Cyprus. Its name comes from the French "Abbaye de la paix", which means Monastery of Peace.  It was built between 1198 and 1205 by the nights of Augustine who came from Jerusalem after its fall to the Arabs. It was also extended and transformed into its shape it has today during 1267-1284. The monastery was dedicated to Saint Augustine. With time the village called Bellapais was built around it. Most of the monastery is destroyed today. During the Turkish invasion of 1974 the basement was used as a hospital. 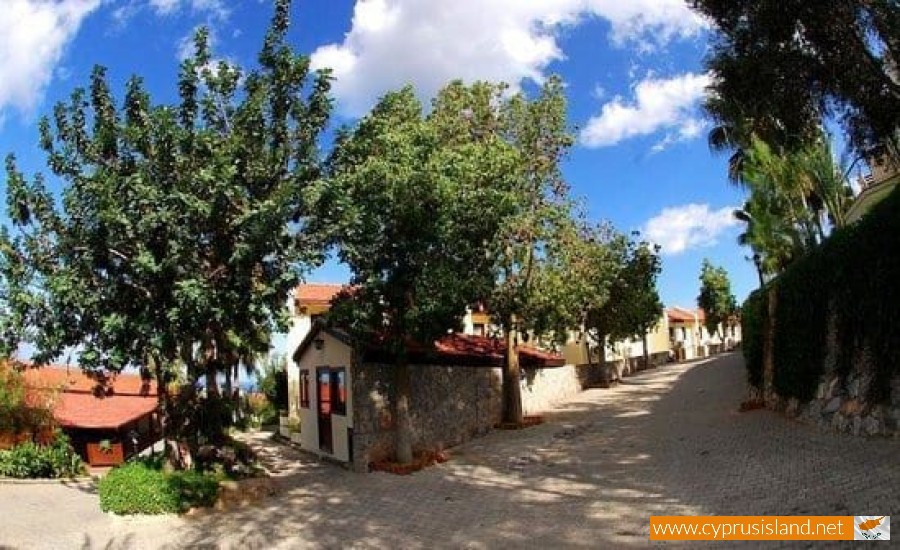 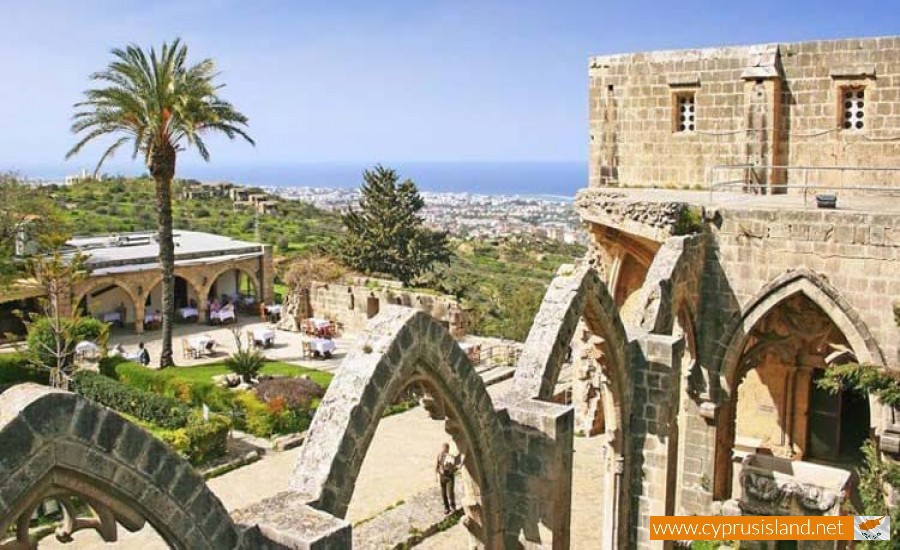 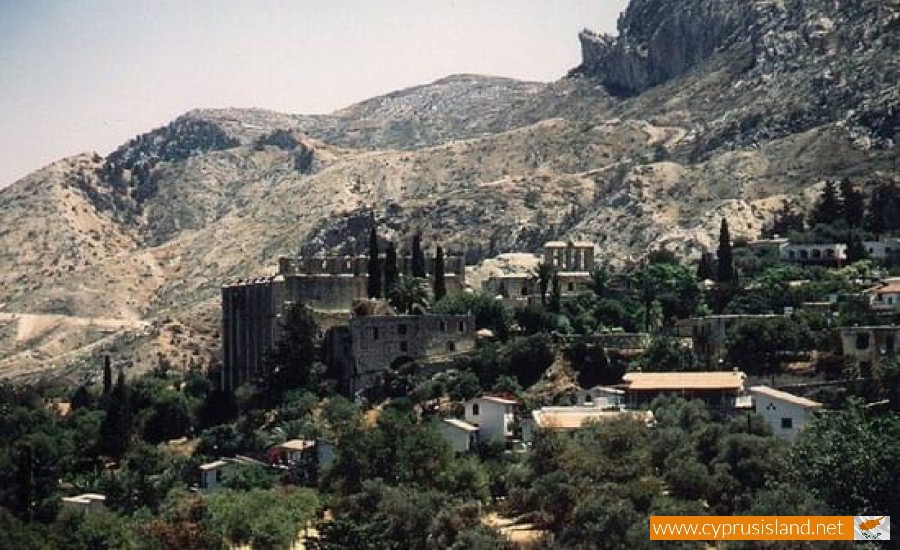