There are many versions as to how the village of Diorios  got its name during the passing of many years.

One of these supports that it received it due to the two ridges which existed in the area. Another supports that they named it this way because it overlooks two hills. A third version states that it received it due  to the two rivers which flow in its grounds , while a fourth supports the fact that in antiquity it was the mountain of the father of gods, Zeus which in Greek is Dias. Whichever the version one thing is sure:  That Diorios is a beautiful and majestic village in the district of Kerynia.

Built in a unique location to the north side of the Mirtou valley, in the thick forest which extend to the whole village and are connected with the Agia Irene Sea until Kormakiti.  A mixed village with excellent view of the Morphou Bay, the mountain of the Apia, the Port of Xeros and the ancient Solous.

Diorios is known until today for its unique red tulips, however 41 years have passed since the Turkish invader has occupied it. The Cypriot tulip “Tulipa Cypria” or “lales” for the locals, grows during March and April and are a characteristic element of this area. The average rainfall in this area of the village is covered by the national forest. In the rest of the area, wheat, carob trees and olive trees were cultivated, before the Turkish occupation in 1974.

According to the various statistics the village population increased from 1881 to 1946. In 1881 the residents were 387 and increased to 432 in 1891. In 1911 the residents were 614 (402 Greeks and 212 Turks), while in 1946 there were 795 (517 Greeks, 271 Turks and 7 others). During the following inventory in 1956, there was a decrease to 622(374 Greeks, 246 Turks and 2 others). Later there was an increase again: in 1960 the residents were 873 (514 Greeks and 359 Turks). The Turkish residents abandoned it in 1964, due to the intercommunal incidents which occurred after the Turkish Cypriot mutiny. In 1973, a year before the Turkish invasion, the Greek population of the village was at 600 residents. After the village occupation by the Turkish troops during the summer of 1974, many Turkish Cypriot residents returned to their village, while later on many immigrants from Turkey moved there during the Turkish plan to change the demographics in the occupied parts of Cyprus. Very few Greek Cypriots had remained in the village after the Turkish invasion. There were only 15 in October of 1975, who were later forced to leave Diorios following the other Greek residents. In September 1976 the last Greek residents of the village were also chased away.

The village church is dedicated to Agia Marina and was built around 1850, in the place of the previous older church. In 1973 the new church of Agia Marina operated at a new location in the village. The old church was destroyed by the Turkish invasion in 1974 and is deserted while the temple is located in an army area. other chapels in the village are Saint John , Prophet Zacharia , Agia Mavri ,Prophet Elia , Archangel Michael , Saint George (forest area of Machania) , Saint George (Trimithia area) , Timiou Stavrou , Agiopetra and Saint Nicholas.During the Turkish plan to change all Greek Cypriot names in the occupied part of Cyprus , the name Diorios has been changed to Tepebasie which means mountain peak. 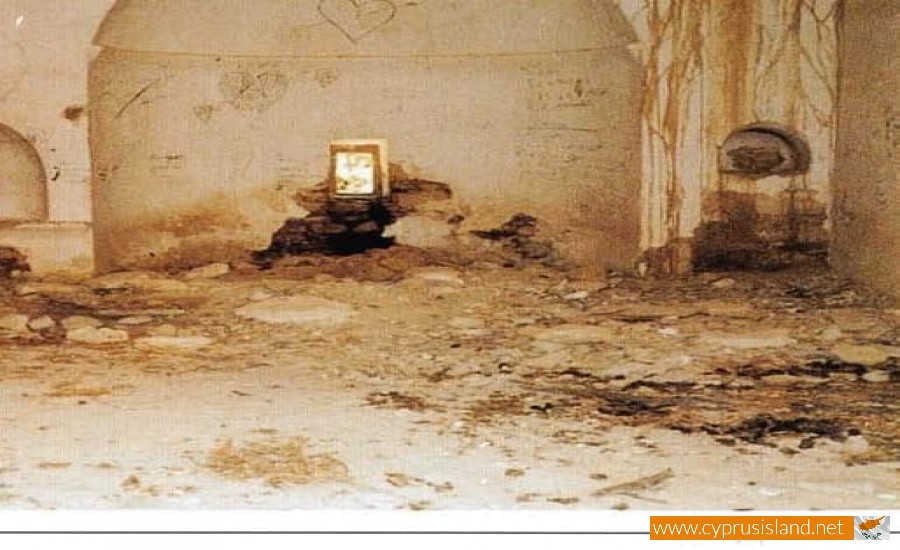 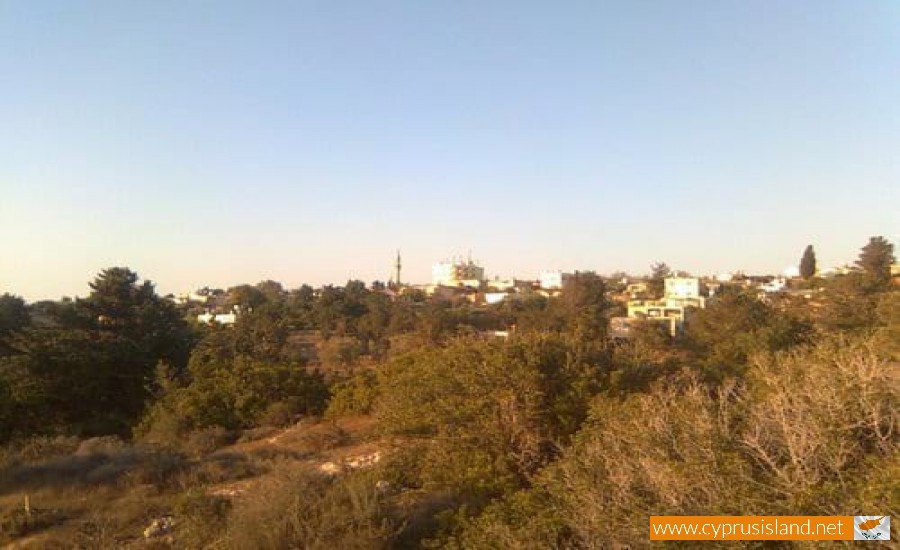