Unlike the other towns in Cyprus, Paphos has two separate geographical locations that developed in different phases in history: Nea Paphos and the Centre of Paphos (Ktima), usually referred to as Kato Paphos and Pano Paphos accordingly.

Paphos Old Town (Ktima) which is today’s Town Centre, was used as a natural shelter to protect the residents from the raids. The name Ktima, is linked with the medieval era which means Royal Acquisition, showing the existence of a Royal Feud that belonged to a knight of the medieval era when Cyprus was under the occupation of the Luzonians (1192-1489).

During the Turkish Occupation (1571-1878), a guard was based in Ktima with a Turkish Commander (Pasa). Paphos had its own Episcope, who stayed in Ktima, referred to as Nea Paphos now. The area was sunk in natural decline with unbearable taxes, people embracing Islam and the Latin Churches being transformed into mosques. Since then, a Turkish Community was formed in Paphos that lived peacefully with the Greek community.

During the beginning of the British rule (1878-1960), the Paphos area was deserted from the rest of the island. It was not until the end of the 1920’s that the British constructed a road towards Limassol, as well as new government buildings. The first schools were founded during the 1880’s.

Paphos had an important role to play throughout the duration of the Freedom Fight 1955-1959 against the British. Three years after the independence of Cyprus, intercommunal riots occurred in all of Cyprus , and Moutalos (the Turkish community in Paphos ) was separated from the Paphos centre. After the Turkish invasion in 1974, the Greek Cypriots fled to the south and the Turkish Cypriots inhabited the north of Cyprus , including the Turkish Cypriots of Paphos.

In 1970 the name Paphos had replaced the names Nea Paphos and Paphos Old Town (Ktima)  for the whole town, however the people still refer to these as Kato Paphos and Paphos Centre (Ktima). During the 1980’s, Paphos developed into an important tourist destination and in 1980 the Kato Paphos monuments were placed on the UNESCO lists as Cultural Heritage Monuments, placing Paphos on the map as the cultural town of Cyprus. Paphos was therefore revived as the most important tourist centre in the western part of the island.

The Paphos old town (Ktima) includes four different areas: Mousalla to the east, the Municipality area, the school clusters, the post office along with the agora (market) area, and Mouttalos which was the traditional Turkish Cypriot community.

This is a private garden with two impressive buildings that were constructed on top of a rock and which are representative samples of the first mansions in Ktima, during the 20th century. Finally the garden was donated to the Paphos Municipality by the Mallioti family. There is an old guesthouse to the left, in which the British colonial Governor stayed in during the British Rule and the name Rest-House was maintained.

The house of Dr Mallioti’s daughter is located to the right, and now houses the Municipal Art Gallery with projects of Paphian artists. After it was bought by the municipality, it was renovated in a wonderful way with a donation by the Leventis foundation.

Mousalla Square is located at a prominent location with view towards Nea Paphos. It reveals the geographical relation of the Greek and Roman capital of Nea Paphos. The name Mousallas echoes the mosque of Allah Mousse Ottoman period, which was turned into ruins during the beginning of the 1990. The area has now been altered in order to accommodate a recreation centre.

The Byzantine Museum is opposite the Agiou Theodorou Church, with many rare items of Byzantine Art.

Ethnographic Museum of Georgiou Eliadi and The House of Filippou Loizou

The Ethnographic Museum of Georgiou Eliadi and The House of Filippou Loizou, are two important houses that enclose the entire story of Ktima, between the end of the 19th and beginning of the 20th century.

The Town Hall Square is the most important meeting point in the Centre of the town (Ktima). The town hall was built in the Municipal Gardens, opposite the Monument of the 28th of October, which the mayor Galatopoulos placed in order to honour the Greeks against fascism. The construction of the Town Hall was an imitation of the architecture of the Parthenon, during 1955 when the mayor was Iakovos Iakovides.

The Municipal Library is located opposite the town hall. It is a neoclassic building of the 1940’s.

The Nikolaidio Gymnasium is the oldest school built in 1928. The Archbishop Makarios III Lyceum is newer as it was built in 1960. Amongst these schools is the Iakovio Gymnasium, which was founded in 1920 by Antzoulatos, the Episcope of Paphos. Then there is the Propylaea, the classic type entrance that leads to the sports centre and then to the Dimitreio primary school, that took its name from a Paphian, who donated it in 1928.

The Paphos Police Headquarters has the characteristic rhythm of the British colonial architecture which was brought by the new rulers of the island.

Kennedy Square is the main square of Paphos, where all the political meetings were held until the middle of the 1990’s.

The Paphos Palas Hotel is a beautiful neoclassic building which was used for banquets and dances in the past, while to the west one can see the Titania one of the three movie theatres in Paphos from the 1940’s.

The Archbishop Makarios Avenue is the main commercial road, with a variety of modern shops and remarkable buildings from the 1920’s.

The Agiou Kendea Church has played an important role in the foundation of the first schools in the centre of Paphos (Ktima) at the end of the 19th and beginning of the 20th century.

The Ottoman Baths were built in 1592 by Mehmet Bay Emboubeikir, the commander of Paphos and formed an important cultural centre, for both the Turkish Cypriot as well as the Greek Cypriot residents of Ktima. They were in use until 1925 and they were recently restored to their old glamour by the Paphos Municipality.

The Municipal Market was built in 1920 and was once a market for meat, fish and vegetables that was recently transformed into small tourist shops.

After the recent tourist development in Paphos, this area has become a district for pedestrians and a tourist mall for the market centre. Next to it is the outdoor traditional market of fruit and vegetables.

Moutallos is the Turkish neighbourhood of Ktima, which extends geographically to the west towards Fellahoglou Street, a great commercial road. It was once the most commercial road in which Turkish Cypriots and Greek Cypriots from the close villages went to, in order to trade.

The Agia Sofia Mosque is located in the Moutallos area and its architecture combines Medieval and Ottoman elements.

Palia Ilektriki is an old powerhouse which has been transformed into a Cultural Centre by the Paphos Municipality.  It is used for cultural events, functions, presentations etc. 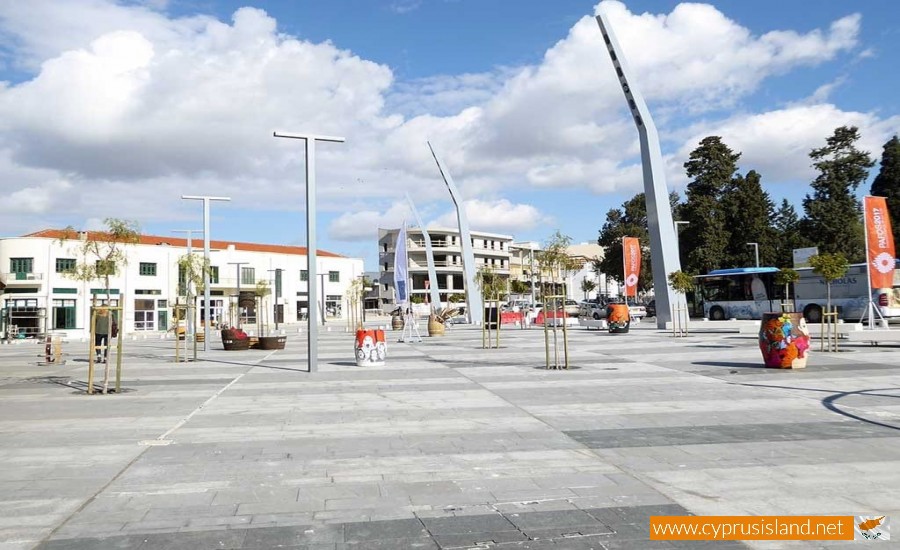 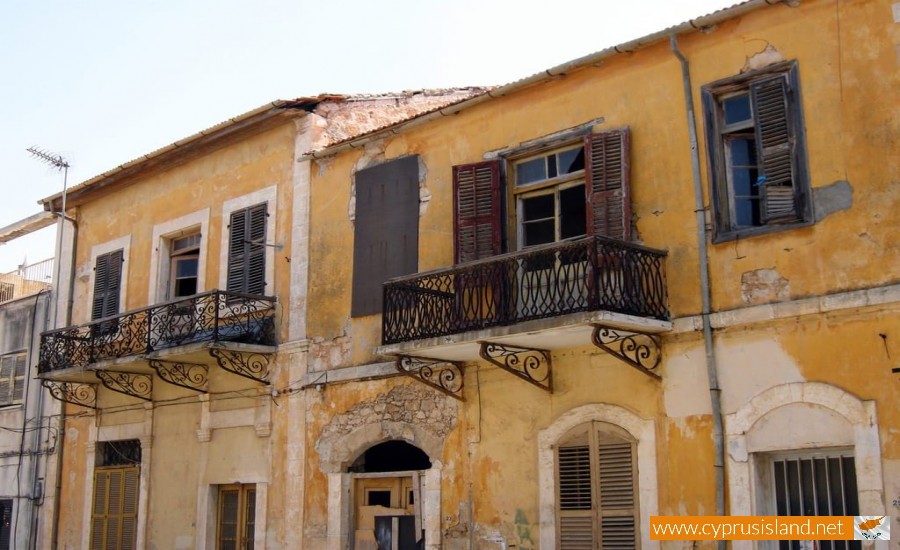 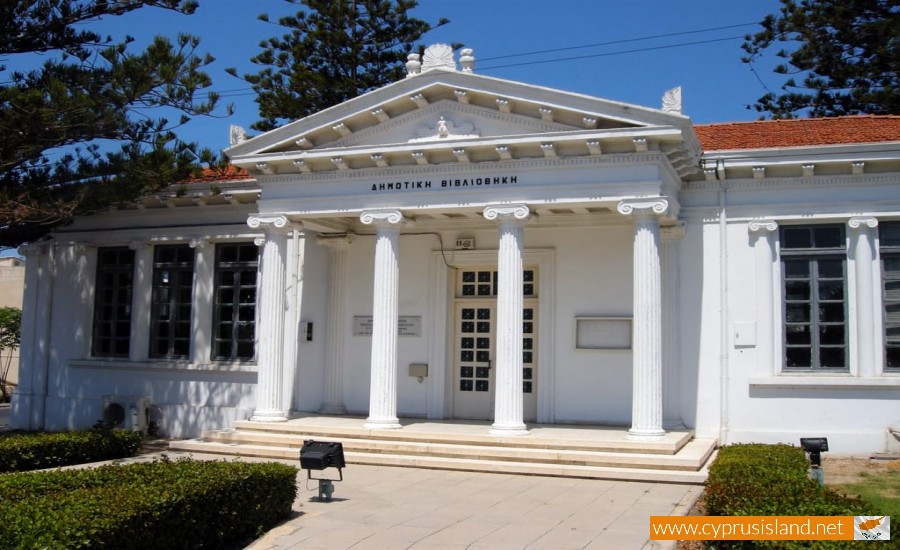 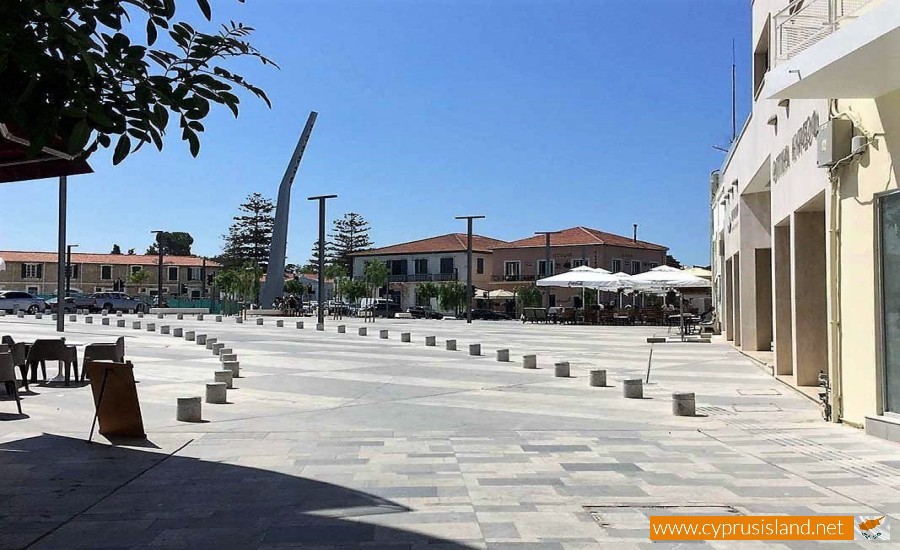 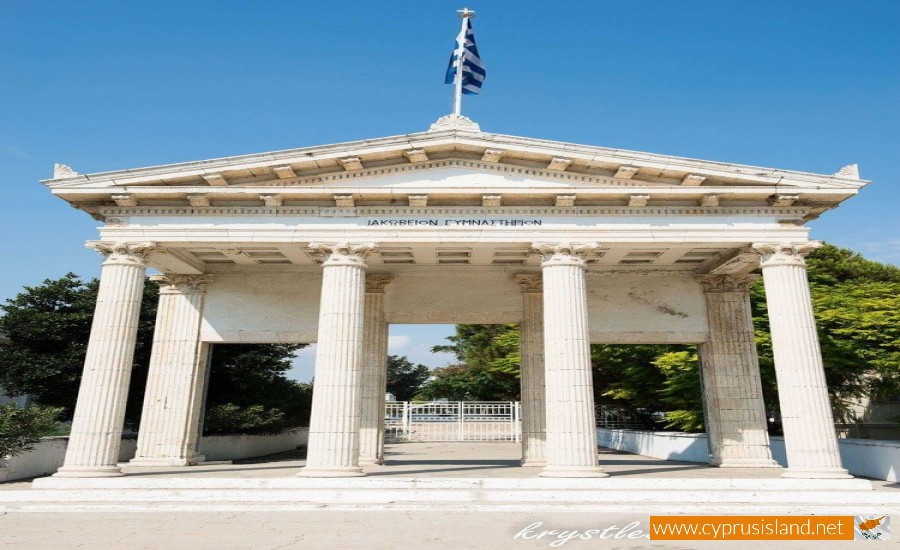 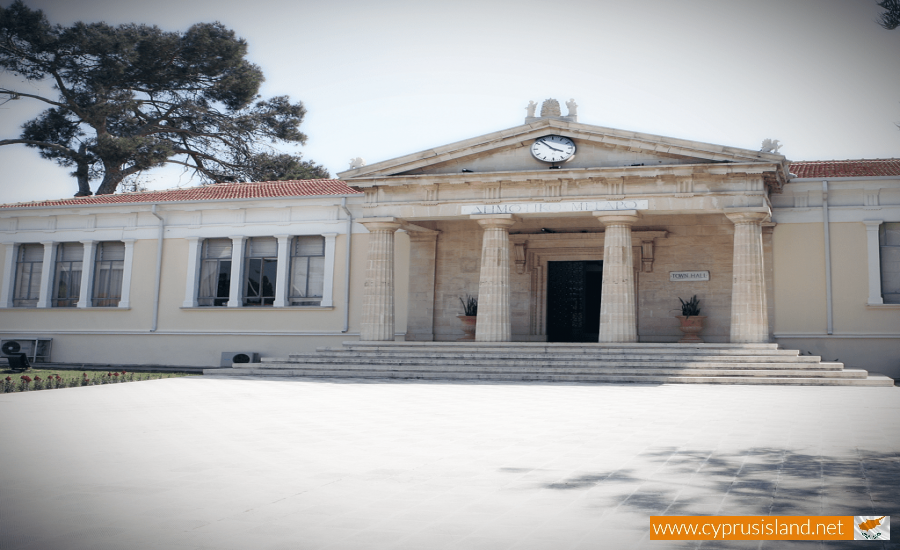