Kostis Palama Square or Erotas Square is situated in the heart of Ktima in Pano Paphos. More specifically visitors will come across it while walking through the 28th October Square and the beautiful paved areas, which surround it. Visitors can wander around the Municipality Gardens and the Paphos Town Hall. The historical centre is also filled with bars, coffee shops and taverns.

The two different names have been given due to the monuments that are built here. Kostis Palamas Square was built during the 1940’s in honour of the great poet Kosti Palama. A marble bust of the famous poet was created by the sculptor Michael Tombro , and is located in the centre of the square. A monumental gate was also built at the entrance to the square, with verses from the famous poem of his, “Cyprus”.

Opposite the Kosti Palama bust, one will come across  Erotas Square,  a copy of a small roman statuette of the 1st century , from the House of Theseus which is now on exhibit at the Cyprus Museum in Nicosia. 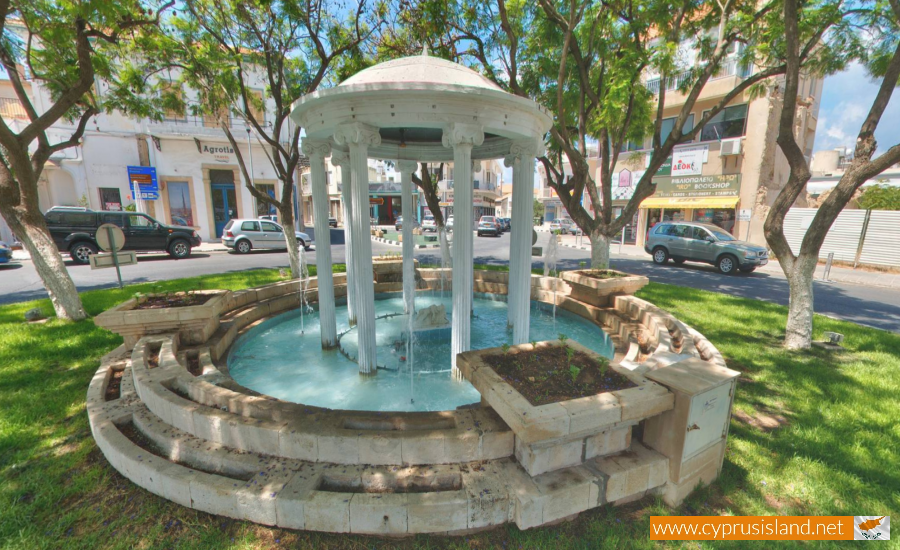 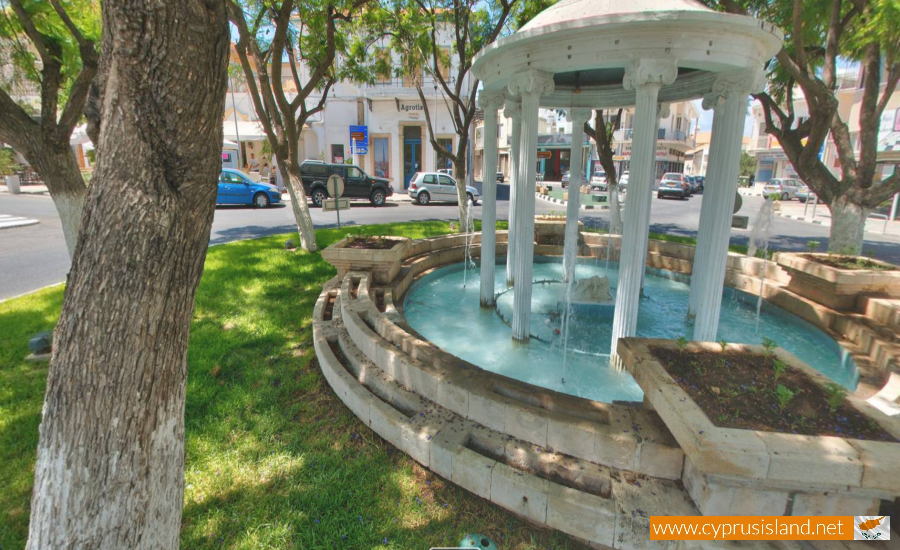 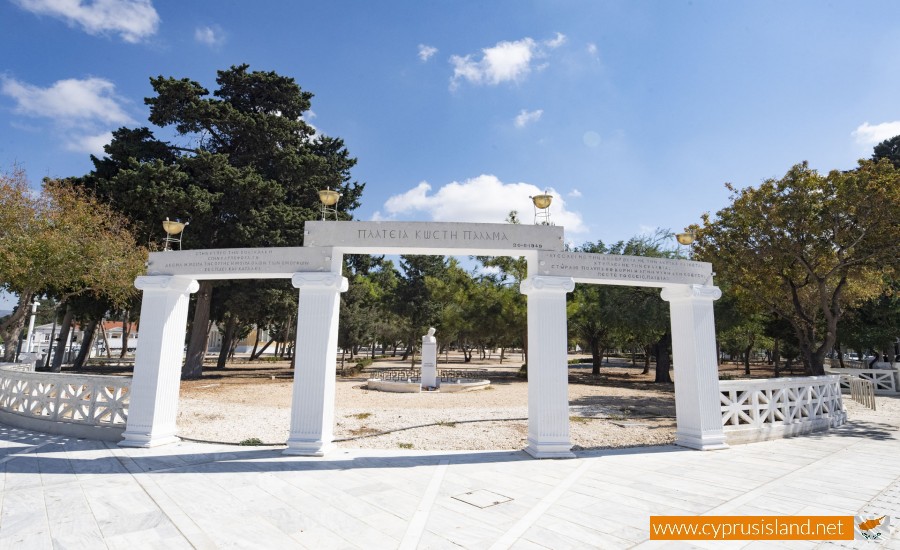 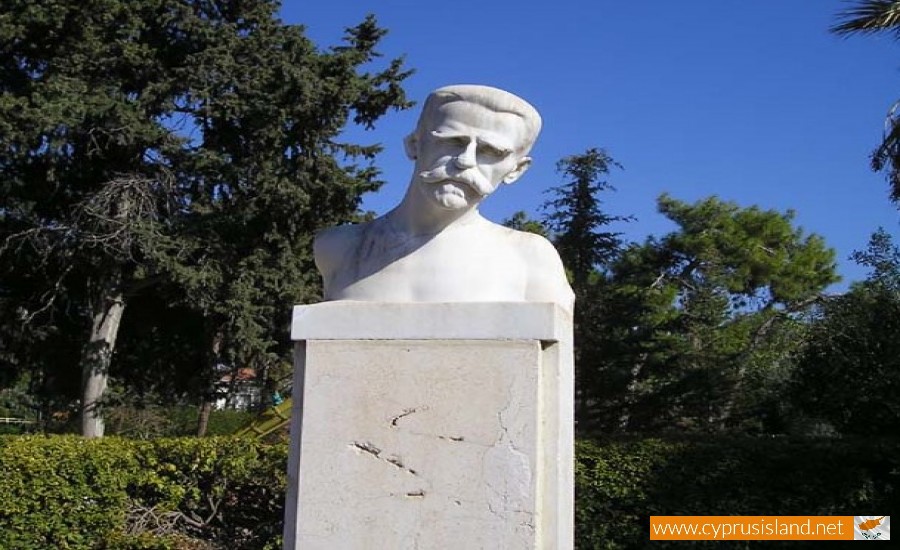