Panagia Angeloktisti Church is located in the village of Kiti, in Larnaca.

The church, dates back to the 11th century and was erected over the ruins of an earlier Christian basilica dating in the 5th century A.D. This earlier basilica has a semi-circular synthronon which survives, nowadays, in the bema of the Church of Panagia tis Angeloktistis.

According to the local tradition, the people of ancient Kition left their city and moved to Kiti in order to escape the Arab invasions. They have decided then to erect in Kition a church dedicated to Panagia (the Virgin). While the church was constructing, one day they realised that the foundations of the church have been moved to a different location during the night. As a miracle had occurred, the villagers changed the location of the church and noticed that an army of angels was coming down at night to build it; hence the name 'Aggeloktisti' ('built by Angels').

The current form of the church is the result of a series of additions and alterations. Architecturally, Panagia Aggeloktisti belongs to the type of the domed, cross-square structure. In the 12th century, a barrel-vaulted chapel (parekklesi) was built north of the church, in honour of saints Anargiroi, Kosmas and Damianos. The chapel, as it has been implied, it was possibly used as a burial site, as medieval tombs were found near it. Another chapel was erected in the end of the 13th century beginning of the 14th and it served the religious needs of the Latin rulers of Cyprus.

The church of Panagia tis Angeloktistis is well known for its interior decoration. The walls of the interior are decorated with beautiful and significant frescoes of the 13th century, icons dating to several periods and the famous mosaic of Panagia tis Aggeloktistis. The mosaic represents one of the finest examples of early Byzantine art of the Justinian period. It is situated on the conch of the apse, inside the bema. The mosaic depicts the Virgin standind and holding baby Jesus in her left arm, while Archangels Michael and Gabriel stand on either side. The mosaic is the oldest surviving monumental representation of the standing Panagia Aristokratousa. The inscription on the mosaic refers to Panagia as "H AGIA MARIA" (Holy Mary). 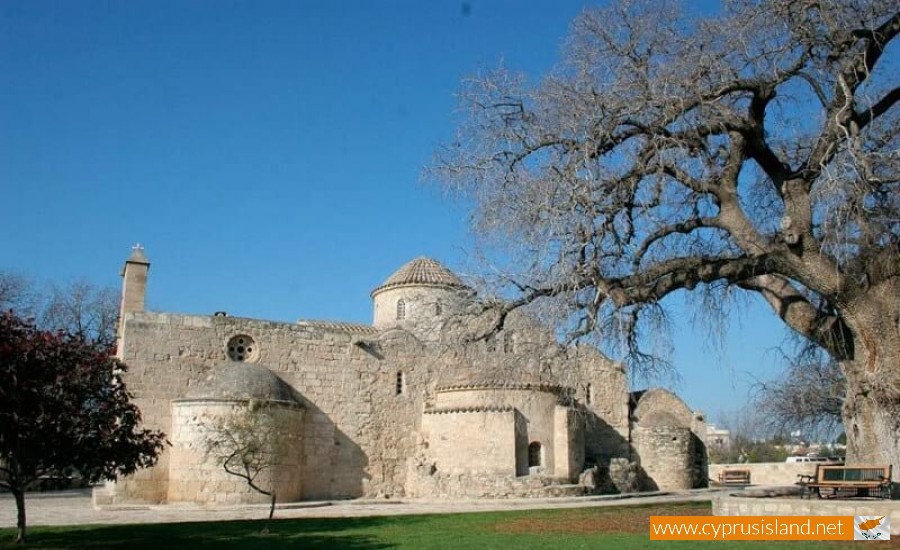 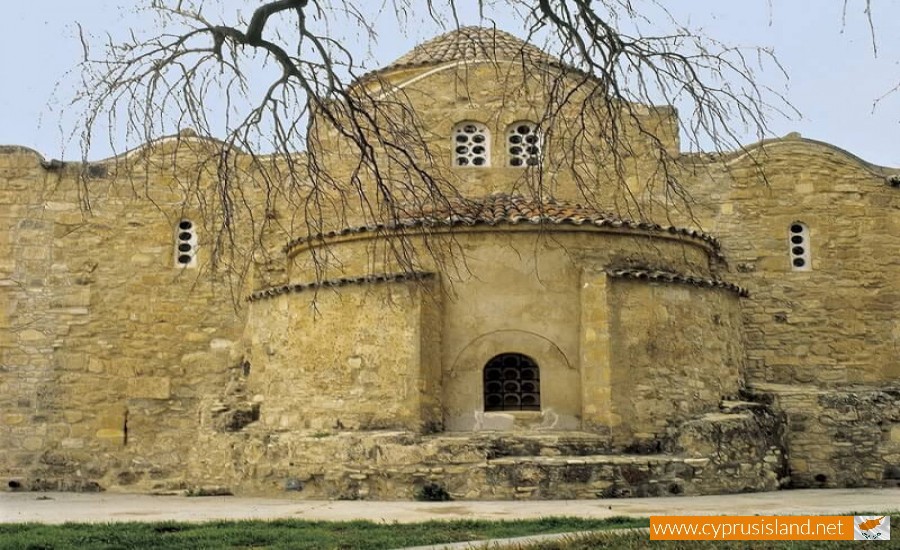 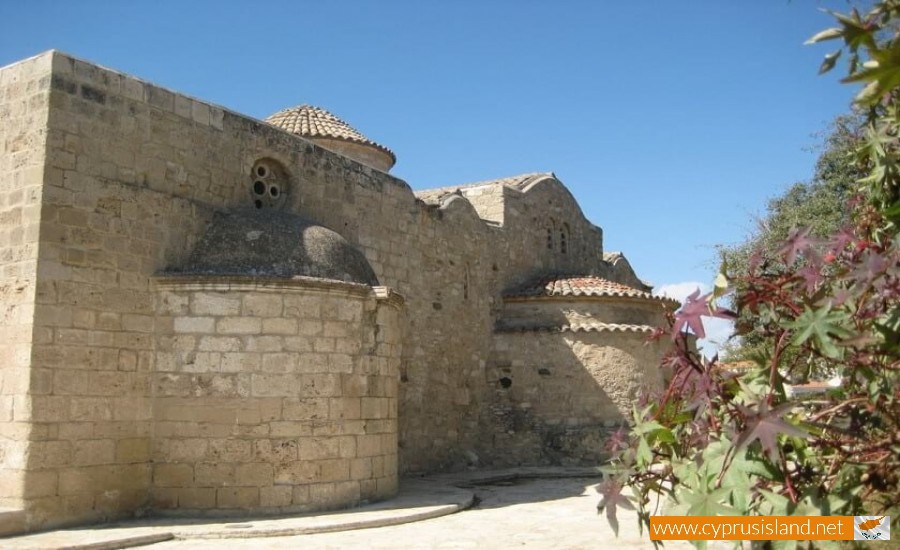 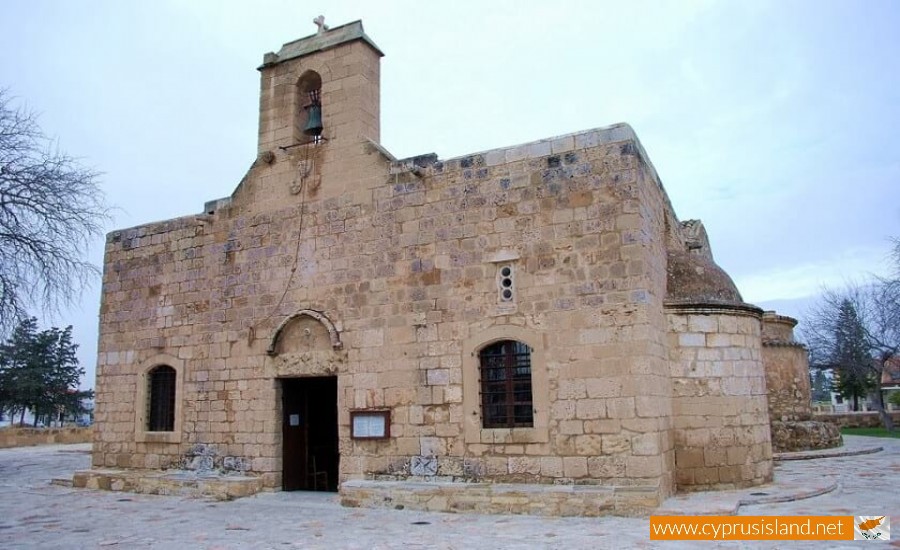