The Church of Agios Lazaros, the protector of the Larnaca district is built on the coastal zone of the town and forms one of the most important monuments of Cyprus.

Agios Lazaros Church is situated in the centre of Larnaca and is the primary place of worship of Agios Lazaros in Cyprus. It is dated in the early 10th century and is one of the most significant Byzantine monuments of Cyprus. It was built by the Byzantine Emperor Leo VI in exchange for the transfer of the Saint’s relic to Constantinople.

After Agios Lazaros came to Cyprus her was ordained as the Episcope of Kiti by Apostles Paul and Varnavas , where he remained until his death. The church was built on the tomb of the saint, during the 10th century sponsored by the Emperor Leonta the VI, as a return for the transfer of the relics of Saint from Kitio to Istanbul.

The church is completely made of stone, it has three rooms with three domes on the middle room. The three domes do not exist today as they were demolished during the Turkish occupation. According to tradition a Turkish officer ordered the demolition of the domes due to the fact that when he entered to port of Larnaca he mistook the domes as being a Turkish temple and he prayed. According to another version, the domes where ruined by an earthquake however it is unknown when it occurred. In 1734 when the Russian monk visited the church the domes had already been destroyed.

The crypt with the tomb of Saint Lazarus is located beneath the church. Saint Lazarus was considered to be a good friend of Jesus Christ and who was also resurrected from the dead. The relationship of the saint with the apostles on the island was close. After his rising Agios Lazaros fed to Cyprus where he met with Apostles Paul and Varnava who made him Kition’s first Bishop and Patron Saint in 33 AD. Sources mention that he was buried in a marble Larnaca which had an inscription on it which stated: The four day Lazaros and friend of Christ.

The existing church of Agios Larazos was built over the remains of two earlier churches.Archaeological excavations in the enclosure and inside the church also revealed sarcophagus made of marble, box-shaped tombs and other artefacts.

During the 15th-16th century, a gothic porch was added along the church’s south wall and the current bell tower was built during the 17th century. When the ottomans conquered the island, the church was turned into a mosque and in 1589 it was sold back to the orthodox community for the amount of 3.000 aspres. .

The temple of Agiou Lazarou, along with the fortified port and the Frank castle were the most magnificent buildings of Larnaca during the medieval and newer years. Until the beginning of the 20th century the temple was surrounded with rooms which were rented by merchants, travellers and craftsmen. As the years passed the church became a core in which communities were built around, throughout the port of the town.

The iconostasis is golden plated and accommodates amazing icons of byzantine art which exists today. A masterpiece of wooden art is the altar, which was made in 1773 as well as the Episcopal throne on which there is an icon of Agios Lazaros as an Episcope dated from 1734.

The Agios Lazaros church holds six precious and ancient icons which may have belonged to an older iconostasis, one of Agios Lazaros as an Episcope (of the mid-16th century) , and one of the resurrection of Lazaros an equally old, Byzantine popular style icon.

What is also remarkable about the church is the fact that there are 4 other icons which are located on the wooden templo and decorate the central dome: of the Virgin Mary with Russian decoration, the resurrection of Lazaros, saint Nicholas and saint George with scenes from his life, on the perimeter of the main display, a piece of artwork of Iacovou Moskou in 1717.

Next to the church of Agios Lazaros is the Byzantine Museum which accommodates various exhibitions which have come from the temple.

Today, some of the rooms of the wing which is saved at the south of the temple operate as a museum in which church artefacts such as icons and crosses are on display from the temple of Agiou Lazarou. The room which has been preserved on the west side of the temple operated from 1858 until 1910 as a school while today it is used as an area for gatherings. 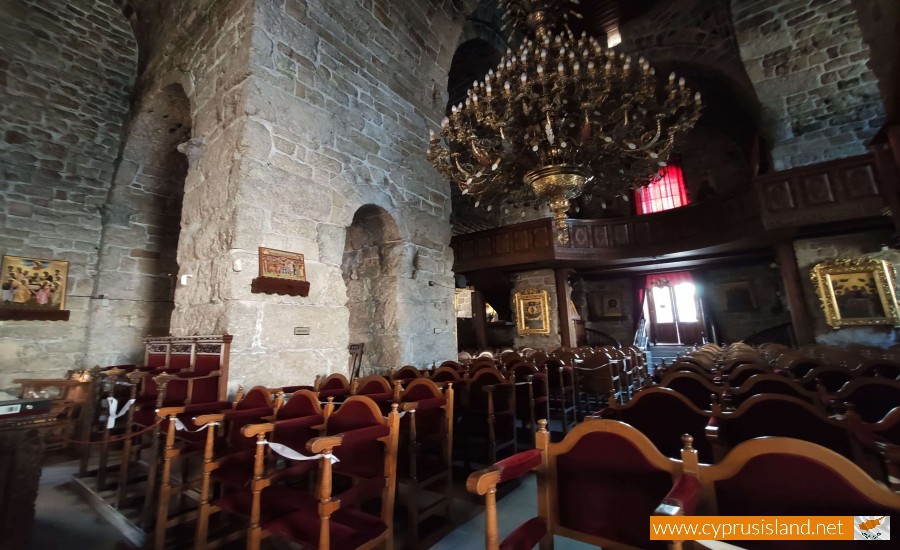 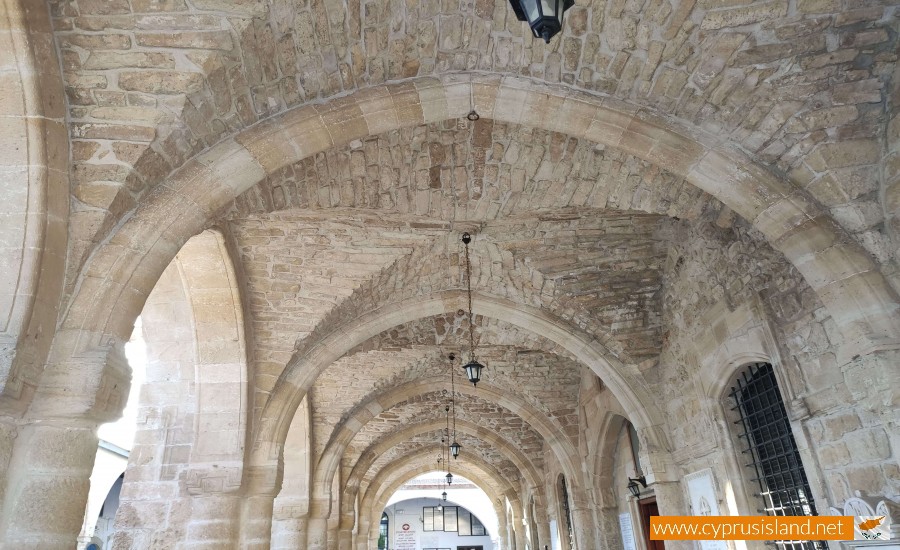 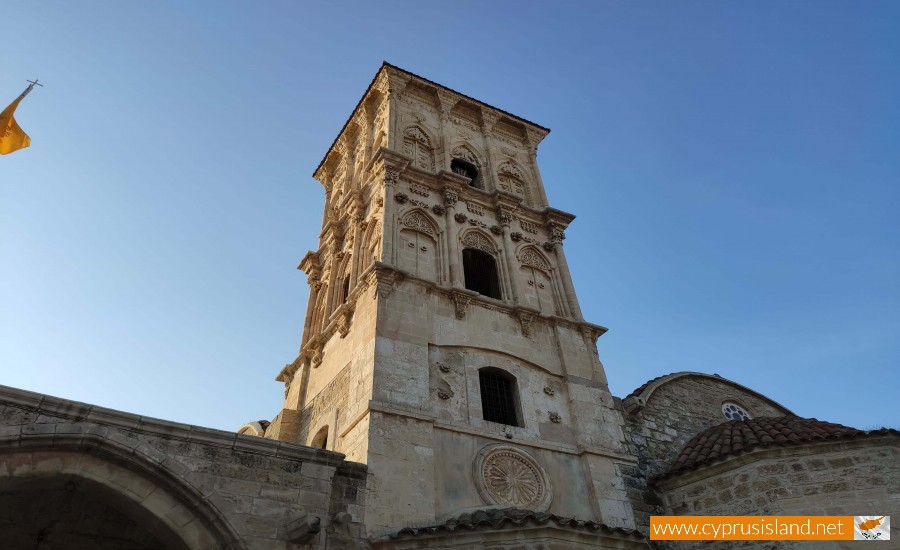 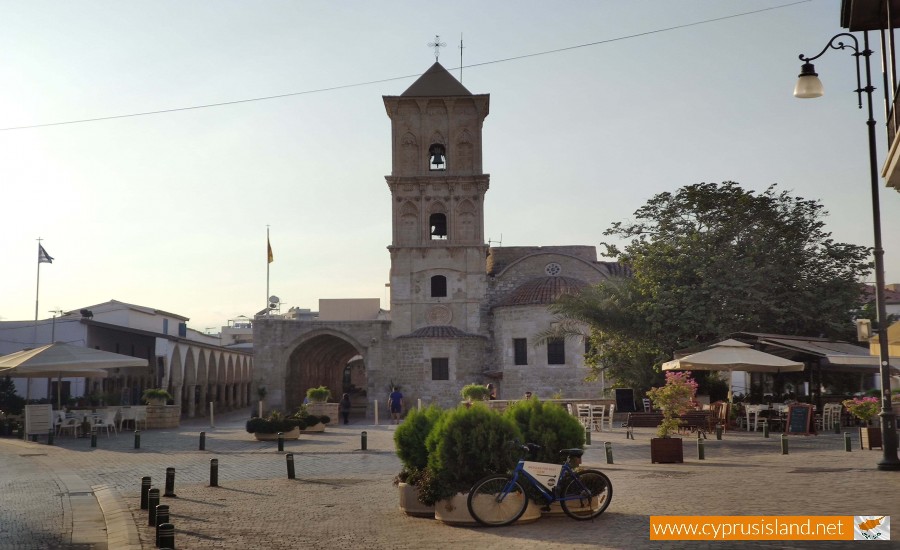 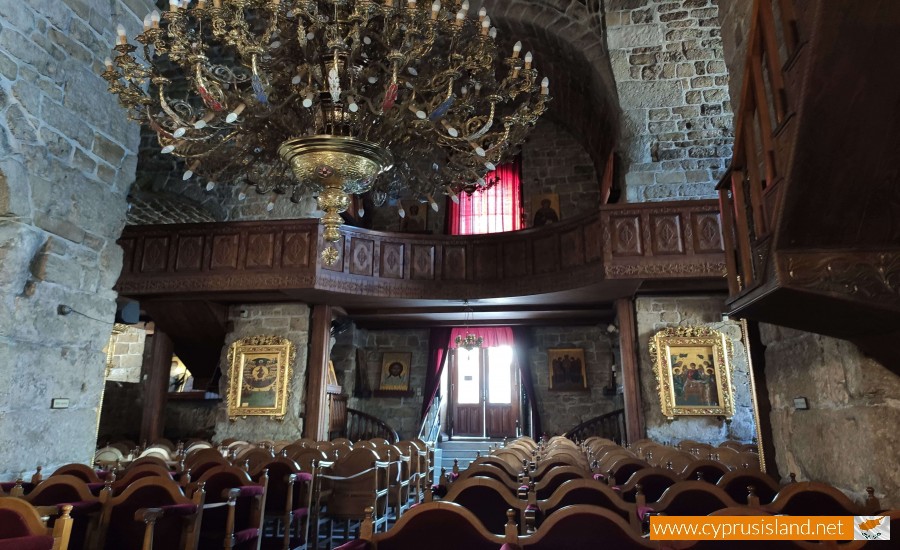 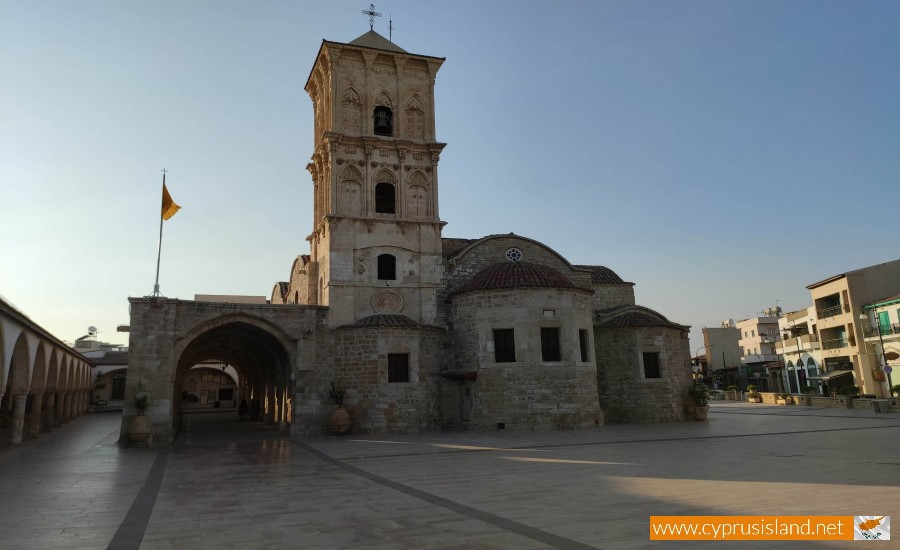 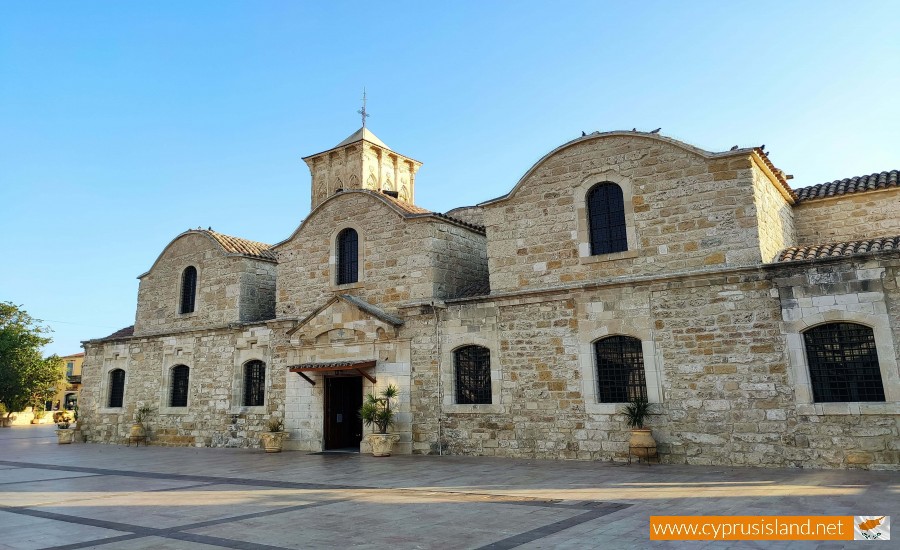 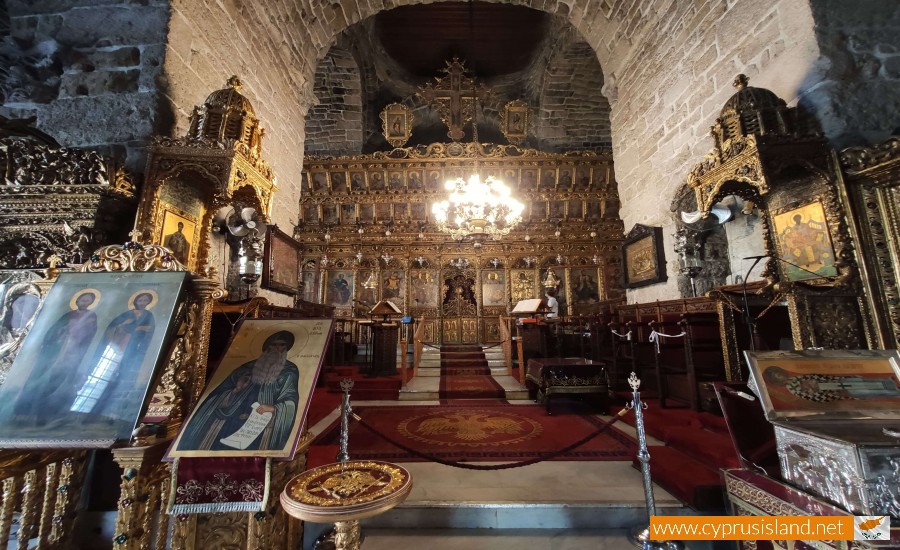 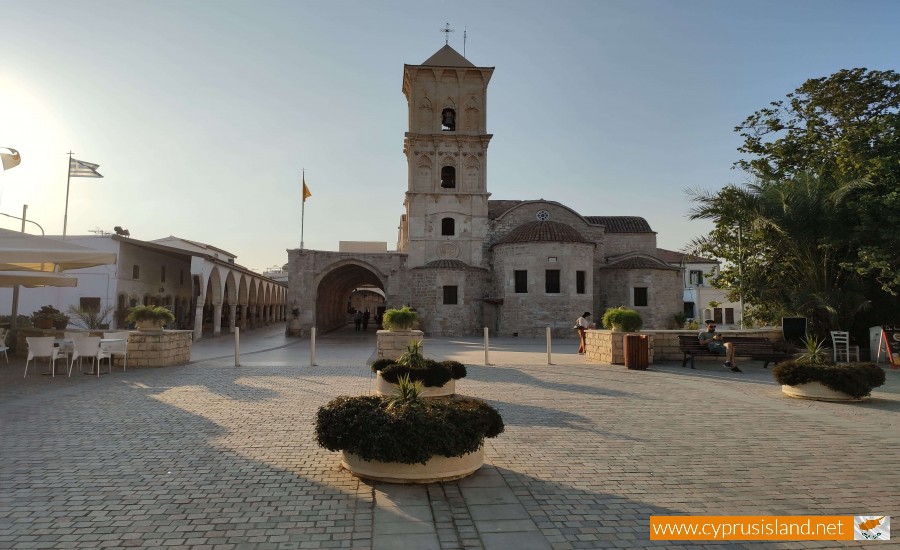 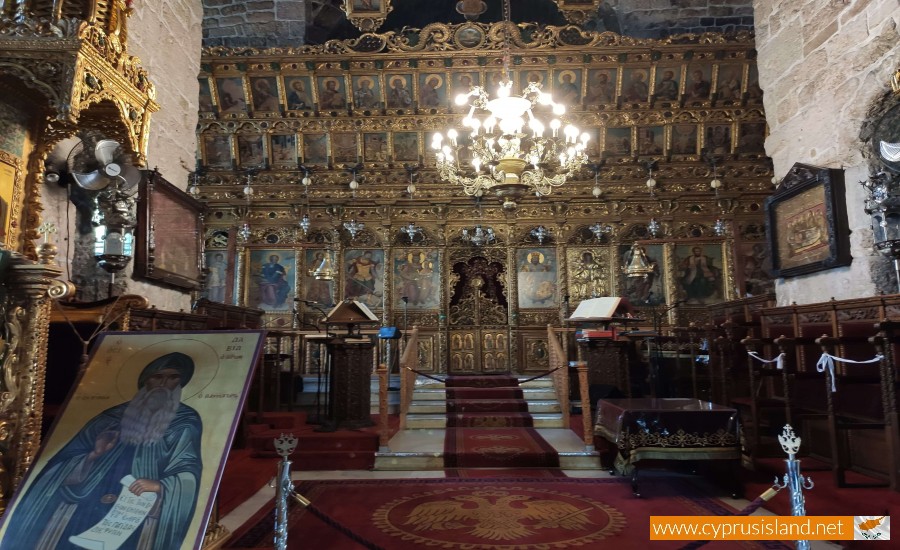 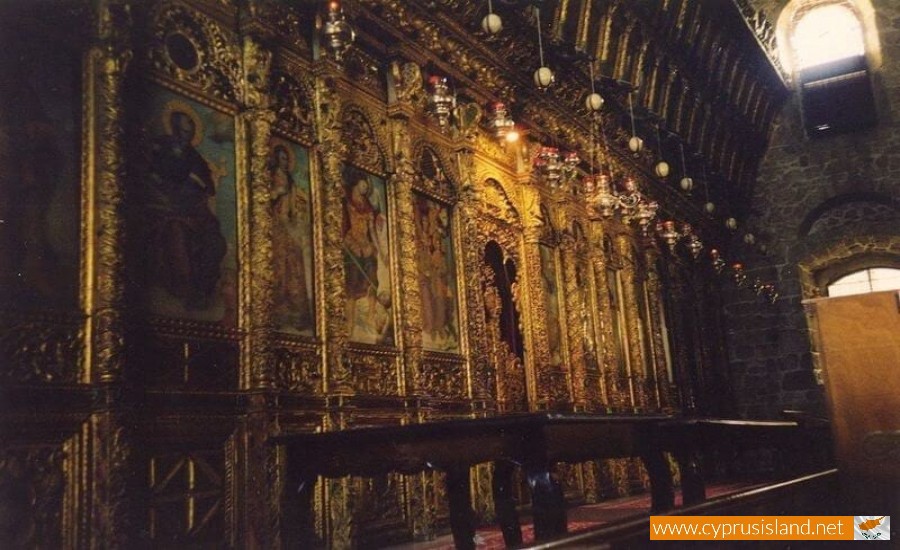 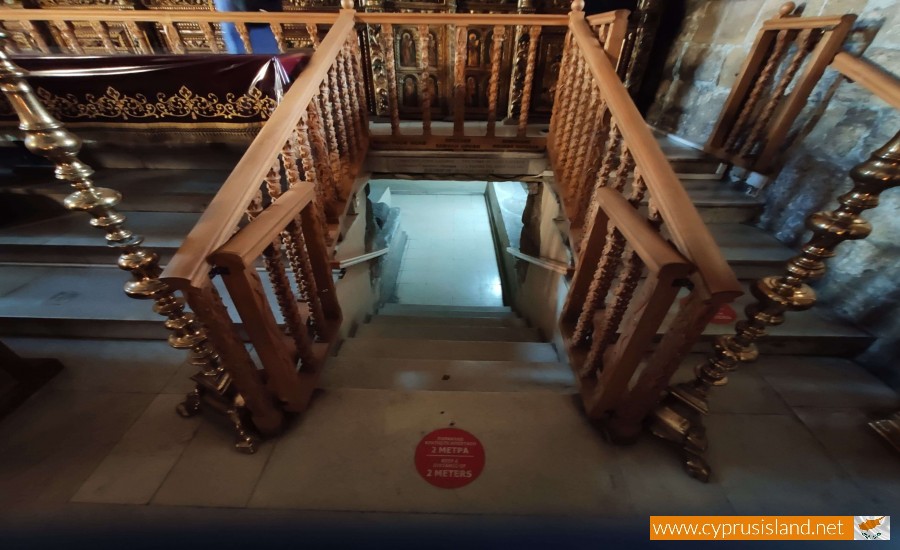 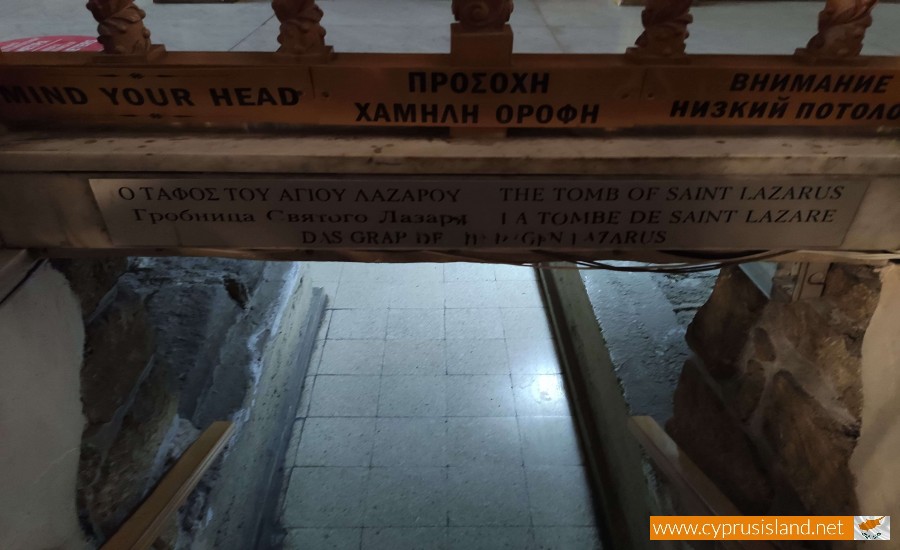 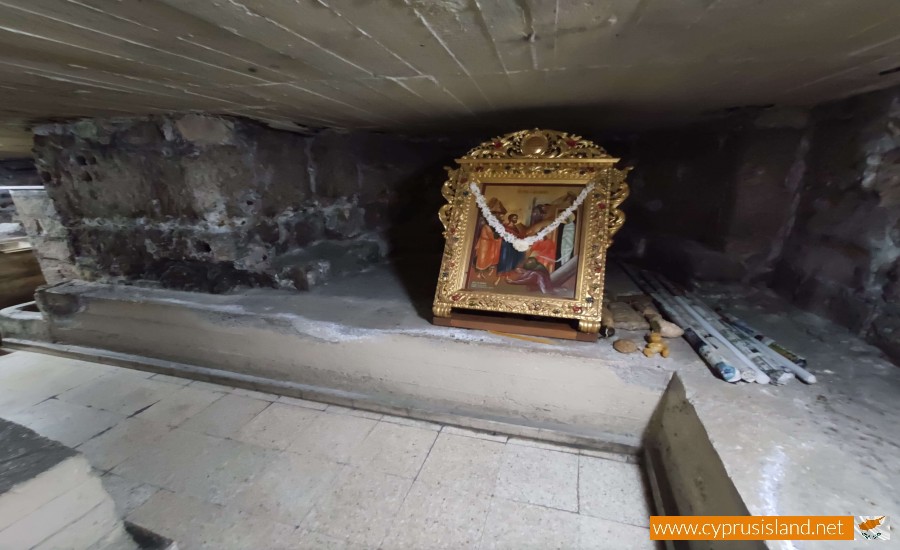 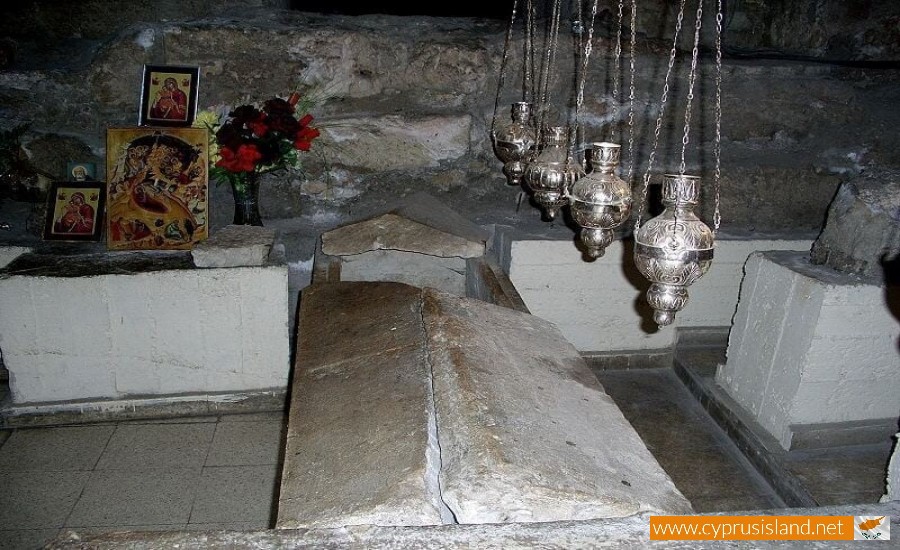