The Agios Amvrosios Church is situated in the centre of the village of Agios Amvosios  in Limassol. It is a real jewel for the community, as it is a wonderful 14th century building. The church is small in size but very attentive and beautiful.

Its architecture is basilica rythm with a double roof. The complete structure is made of small rocks, which give it a special beauty. The church is supported by eight large columns, which protrude from the two sidewalls. The three entrances and a window, which was built later on, light the interior. A small window, which lights up the upper level, is located above the west entrance of the church.

To the left of the west entrance there is a small opening, which is used to place the icon of Agiou Amvrosiou as well as other icons during celebrations. Above the opening, a relative inscription mentions the donator of this project. The date of the church’s construction (1838) is also located on a small arched stone.

At the north entrance of the church and above it, there is an opening where the date of construction was inscribed. Today the only numbers that can be made out are three and zero. Towards the east, part of the church and the left side there is a beautiful bellower with one bell attached to the northeast wall. It is also stone built as the rest of the church, and is situated a little higher than the church roof.

The interior of the church has especial architectural interest. The church floor has recently been repaired with new marble replacing the old church floor. There are also some iconographies, which have been restored after human error while trying to improve the church a few years ago.

On the north wall there is a wooden pulpit with the name of the donor Despina Oikonomou. The upper floor is located at the west part of the temple and is supported by a wooden arch. It is made of wood and in 1992, it was also repaired with the rest of the church.

The main church is divided by the Holy chancel with a wonderful wooden carved and gold plated iconostasis, which was constructed during 1877 according to the inscription. The iconostasis is made up of excellent icons dated from 1853-1855 and 1866-1867.

The Holy Altar is made of stone. It is a small version of a temple with a dome supported by four columns, forming a smaller dome in the middle with a mural of the Pantokrator.

Internally as well as externally, the Agiou Amvrosiou Chruch is a real jewel for the community, as it forms the grandest construction in the village from an architectural point of view. The building was completed with the surrounding courtyard, which was constructed during the restoration in 1992. The area is used for various events that place in the village. A traditional stone built water tap was the latest addition of the courtyard. 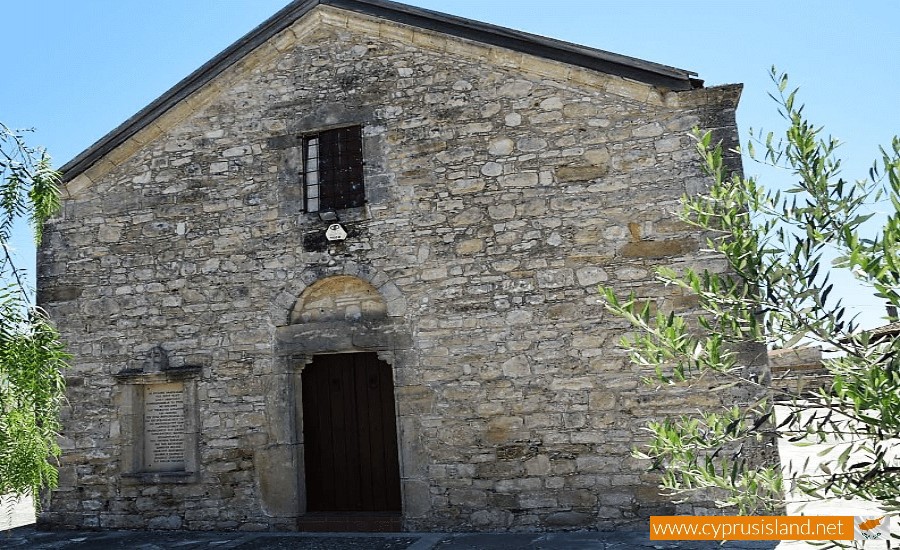 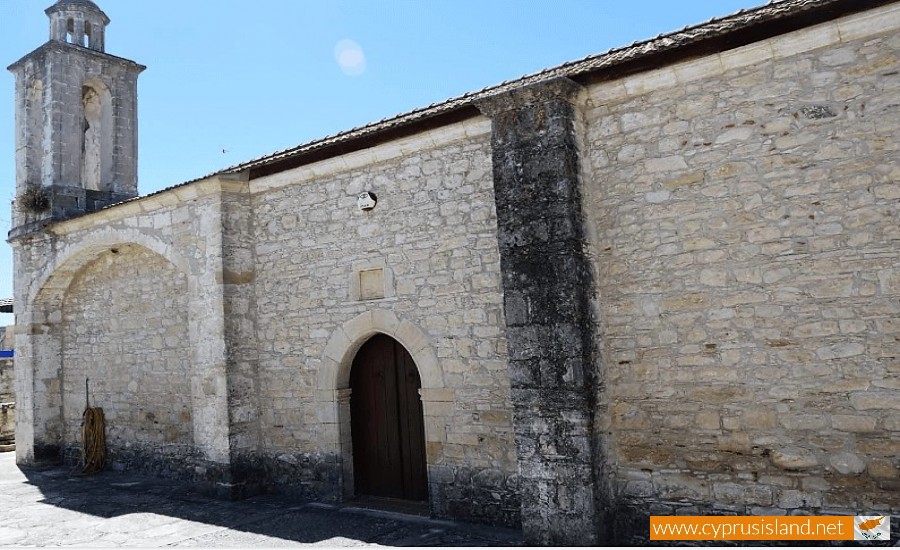 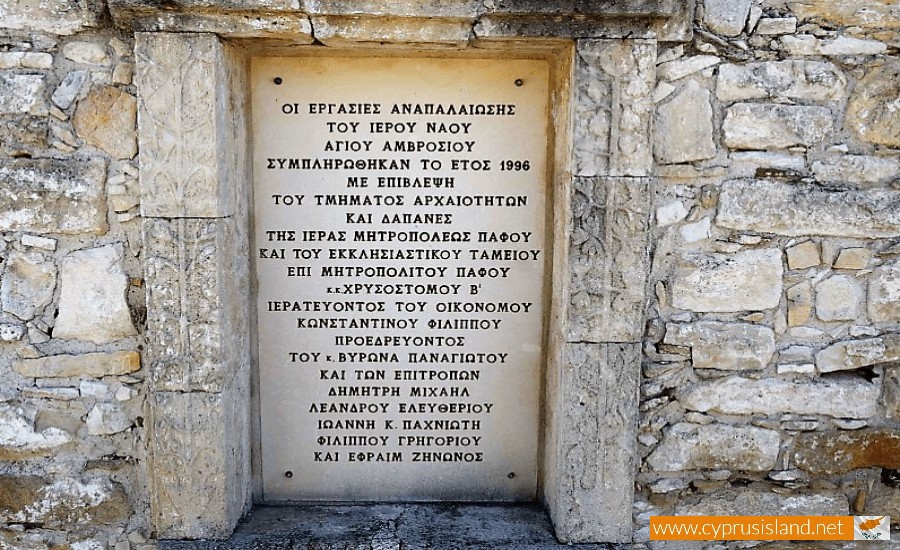