The Agios Amvosios Village is situated on the main road of Limassol – Omodos – Platres at a distance of about 29 kilometres northwest of Limassol. The village is built at an altitude of 475 metres above the sea level. To the south it borders with Paramali and Sotira, to the southwest with Prasteio Avdimou , to the west with Pachna , to the north with Vouni , to the northeast with Agio Therapon and to the east with Pano Kyvides.

A remarkable geomorphological phenomenon linked with the area of Agios Amvrosios is the water that flows from the Paramali River into the Krios River, which is a tributary of the Kouris River. While the Krios River flows from the Troodos Mountain Range following a straight southwest direction and is a continuation of the Paramali River, it suddenly takes a turn north of Agios Amvrosios and connects with the Kouri River. This case is one of the very rare river phenomena that occur in Cyprus.

Agios Amvosios is one of the wine villages in the Limassol district and is well known for its viticulture and the wines, which the ecological winery of the village produces.

One of the main sites that visitors can see in the village is the Agios Amvrosios Church, which is a building of the 14th century, the Agia Elisavet Chapel with its byzantine murals, as well as the Agiou Georgiou Chapel, which was built during the 11th century.

Visitors entering the village can find shade and relax under the large fig tree in the village square, while at the same, time can enjoy a coffee or a drink in one of the surrounding coffee shops around there. 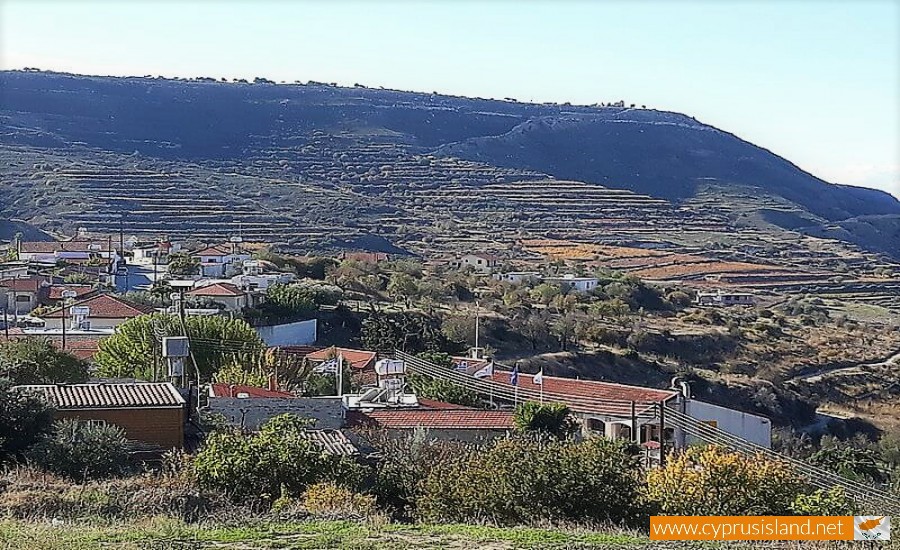 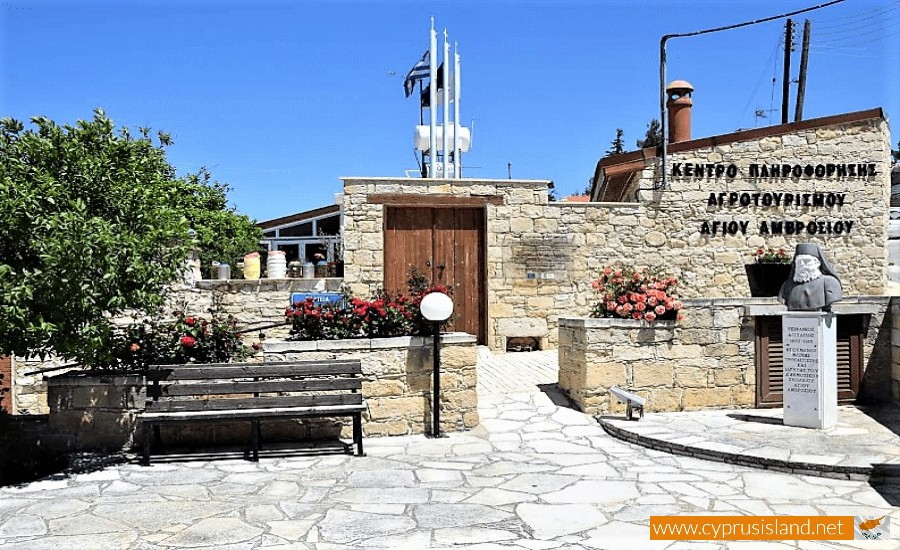 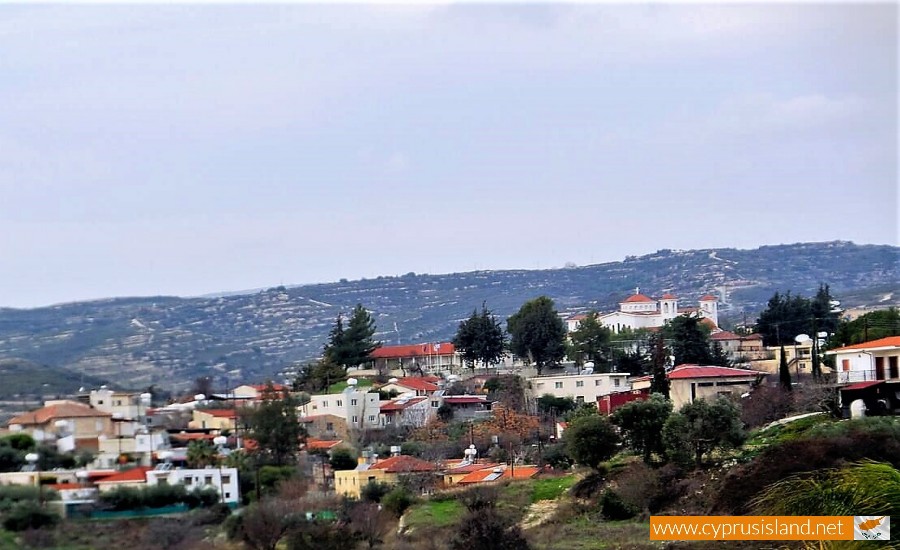