Finikaria or Foinikaria is a village located in the Limassol district in Cyprus. Finikaria is located at a distance of about 14 kilometres northeast of Limassol, near the Germasogia Dam. Finikaria neighbour to the northwest with the Germasogia Municipality and from there with the town of Limassol. It also neighbours with the communities of Akrounda and Armenochori. The village is located at an average altitude of 70 metres but to the north it increases up to 600 metres. The area is split by the small rivers of the Germasoyia main river. Finikaria has a yearly average rainfall of about 490 cm and in the area wheat, citrus trees and olive trees are grown. A large part of the community belongs to the national forest of Limassol.

The village existed from the medieval years and possibly originated from the Byzantine years. In older maps it is mentioned as Phinica, Einicaria and even Emicasia in a map during the Venetian period. It is now known however if the village was a feud of a royal family. The village is located during the ancient town of Amatho9unda and possibly the area may have belonged to this kingdom during antiquity.

According to the older residents of the village, Finikaria was constantly under raids until it was completely destroyed by a big fire. In the maps of the area, about one kilometre north of the village an area is written as “Burnt village”. It is believed that this was the old village of finikaria. Therefore the village got its name from the ancient bird the Phoenix which was reborn from its ashes. Another version says that the name of the village comes from the Palm tree which in Greek is Fikinia, therefore the name Finikaria are small trees of the Palm tree. There are many names in Cyprus which come from the tree Finikia.

The main church village is dedicated to the Virgin Mary Chryseleousa. The church is located in the heart of the village and can be aged back to the beginning of the 19th century. According to the inscription on it the church was probably built in 1835. However the date which is on the inscription is possibly the date which the church was officially open and not the date which it was constructed. It is a stone built church made from stone in the area. The church seems to have been built in two phases. During the first phase it was built until the loft and during the second phase it was extended to the south. On the inside part of the church a gilded iconostasis of priceless historical value is towered. An important position in the interior of the church is the miracle icon of the Virgin Mary , which is located in the iconostasis. The particular icon was made at the beginning of the 19th century, surely towards the 1819.On the roof of the church is a statue, probably of some despot. Additionally, an ancient Ionas is saved on a capital. It is noteworthy that the church is classified by the Department of Antiquities Monuments Type B. The church celebrates every year on November 21, the day that Orthodoxy celebrates the Presentation of the Blessed Virgin.

From a rock in the right side of the Germasoyia river flows the holy water of Saint Loukas. The access to the Holy Water is easy. According to the villagers, in the area there is a chapel dedicated to Saint Loukas. Previously, at the Holly Water area, the believers would hand clothes as dedications to the Saint. 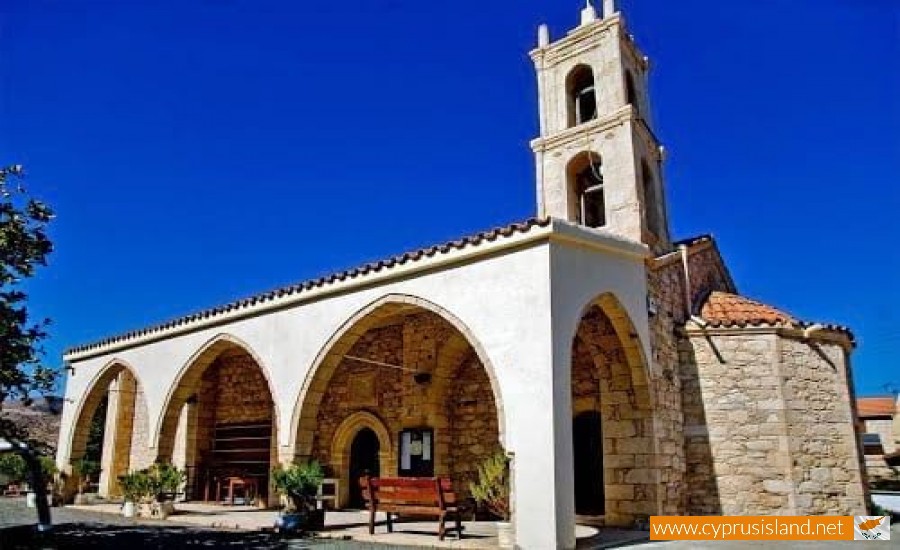 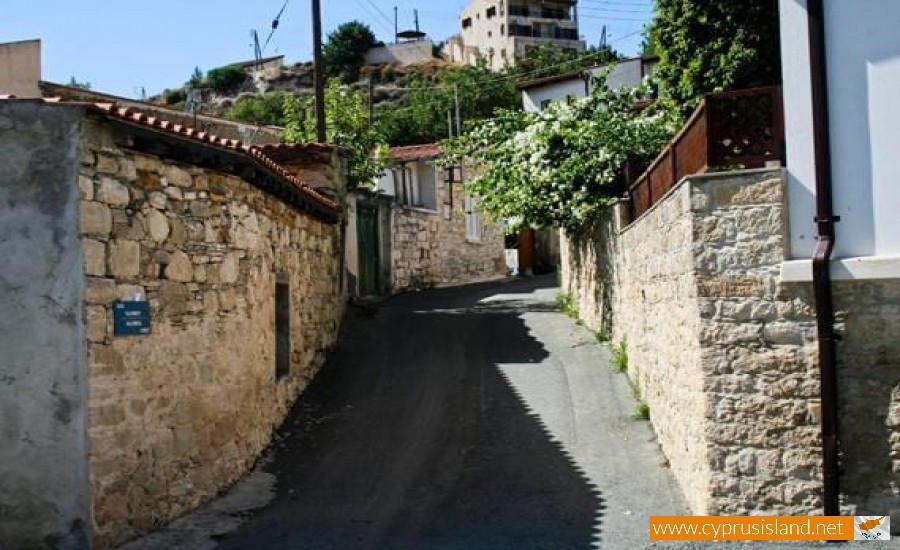