Trimiklini Village is situated 24 kilometres northwest of the town of Limassol. More specifically, it is built at an altitude of 545 metres above the surface of the sea. Trimiklini is located on the main road of Limassol-Platres-Troodos, which links the town of Limassol and all the mountain resorts of Troodos. It borders to the south with Lania , to the west with Sylikou and Kouka , to the north with Moniatis , to the northeast with Pelendri and to the east with Agio Mama.

Continuous high mountain peaks surround Trimiklini, with the highest mountain being Zalaka. To the south of the community, Kouris River passes through from a large gorge.

Many vineyards (wine grapes and table varieties), almond trees, olive trees and fruit trees are grown in the village. The largest production comes from peaches, nectarines, pears and prunes. The wine as well as the zivania made by the residents in a traditional way is well known.

The plantations in the village are watered by the Trimiklini Dam, with a capacity of 340000 cubic metres. The dam is full all year round creating a lake, which forms a habitat for various birds during the summer months.

The village of Trimiklini existed during the medieval era. It is also marked on maps of the Venetian period as Trimichini. According to tradition, there are three versions about the name of the village.

There is an ancient bridge on the banks of the River Kourris, which was built during the Venetian period. The bridge is made of rocks from the riverbank and is made up of three continuous arches. During the Christian period, Agia Eleni passed over the bridge on her way from the Stavrovouni Monastery while transporting the  Holy Cross and rope which they had tight Jesus onto the cross, to the ancient monastery of Stavros in the neighbouring villages of Kouka and Omodos.

Additionally, there is a unique double bridge located at the borders of the villages Trimiklini –Moniati. The Trimiklini Bridge  was constructed in 1901 and was used by carriages. In 1917, the bridge was upgraded in order to allow motorised vehicles to cross over the bridge as well.

An important building in the village is the first primary school, which was built in 1926. It is made out of stone in the area. The primary school is part of the cultural heritage of Trimiklini and is the property of the community. It has also been restored.

The village of Trimiklini is also known for its market that is open every day next to the Limassol- Troodos road. Many traditional items are for sale including zivania, wine , soutzoukos , traditional spoon sweets and other items produced by the residents of the village. 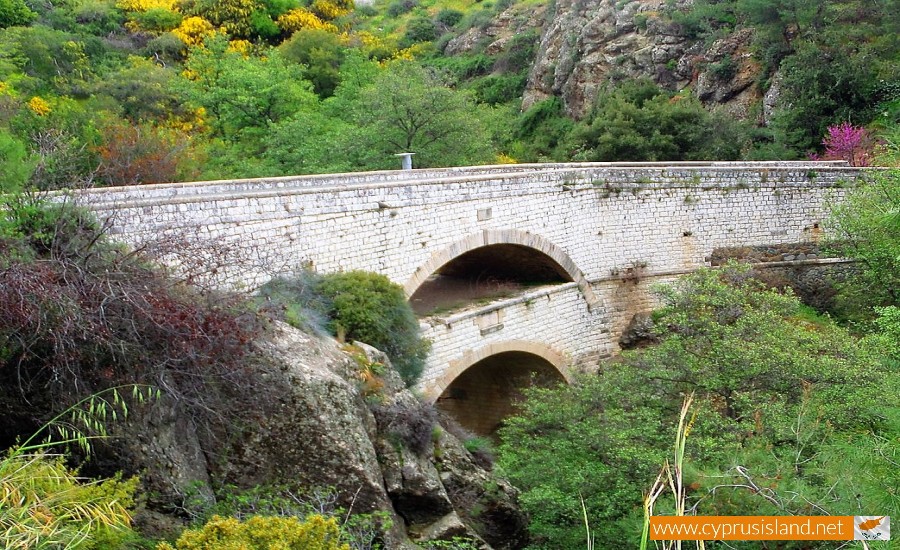 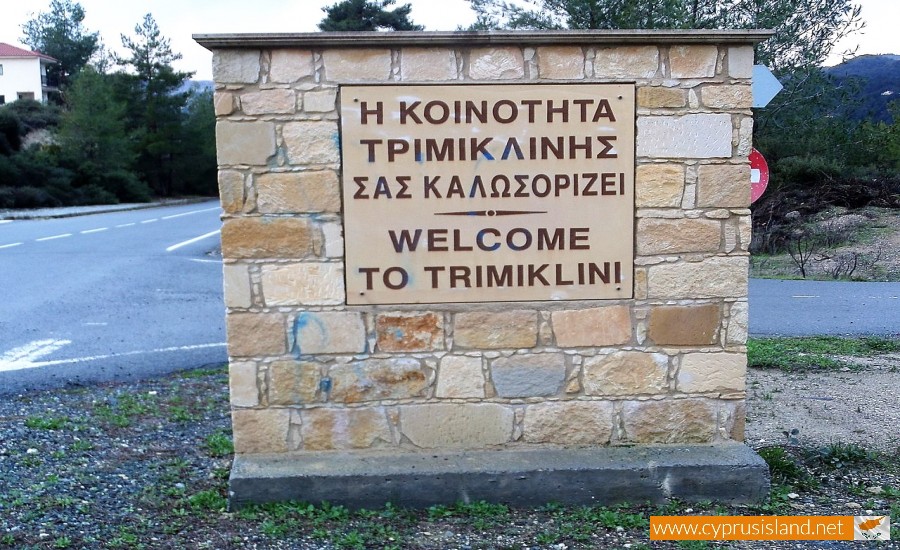 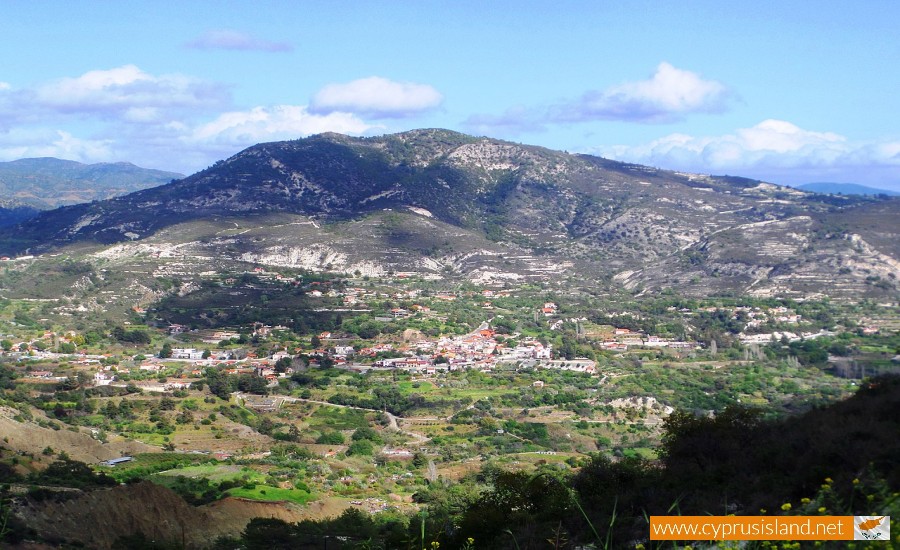