Soutzoukos is made from  palouze and is a very popular traditional sweet in Cyprus. Soutzoukos is one of the most characteristic, tradition sweets on the island. Its production however has become rarer with the passing of time. It is usually enjoyed at various festivals and at church squares.

The name soutzoukos or soutzouki (as it is found in Arkadia) or siousioukos comes from the Turkish word «sujuk», which means sausage due to its shape. The production of soutzouko is dated from the end of the 19th century, when the mass production of wine began in the mountainous and semi-mountainous villages of Marathasa and Pitsilia began.

It is made from a thick creamy mixture known as moustalevria. The mixture is made with boiled grape juice with a little flour, rosewater, cinnamon and mastic. In Cyprus, palouze is usually made from white grapes and of course, soutzouko is made from the palouze. The prevailing varieties of grapes are Xynisteri or Soultanina. These varieties do not have much difference in taste compared to others; however, the mixture becomes light-coloured. There are other versions of course and village-to-village and area to area have difference recipes.

The best time for the moustalevria to be made in from September or October when the grapes are very sweet and cheap. The traditional way of preparing palouze is quite difficult. The process beings with stepping on the grapes in order to get the mousto out and clean it with special white dirt called asprochoma. It was then boiled in a great pot and once cool it was then transferred into other containers. Then it was boiled again with the addition of flour until thickened.

Today the process is similar however; there are special machines in order to get the mousto out of the grapes. Once the palouze is ready and begins to harden, then a two-metre string covered with almond or walnuts is dipped into the pot with the palouze. Each string is dipped about 2- 3 times, leaving a few minutes in between in order to let the mixture dry.

The next day the strings are dipped in again 3-4 times as the previous day. The process continues for four days, this way there are many layers on each string. Once the process is complete the soutzouko is left to dry for about twenty days. 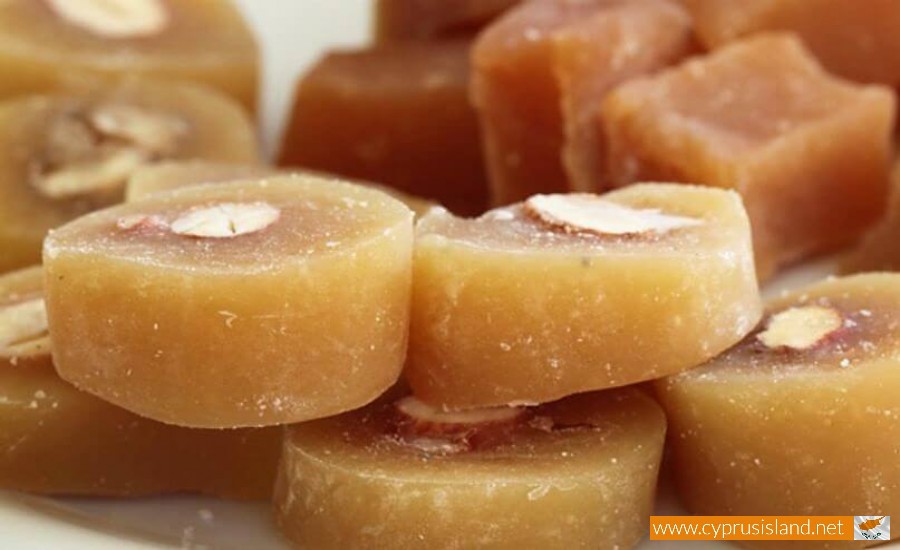 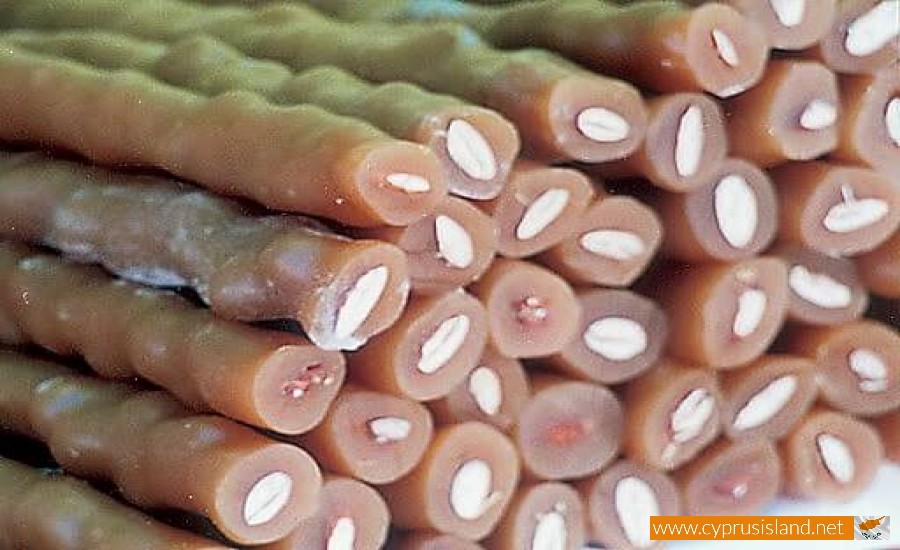 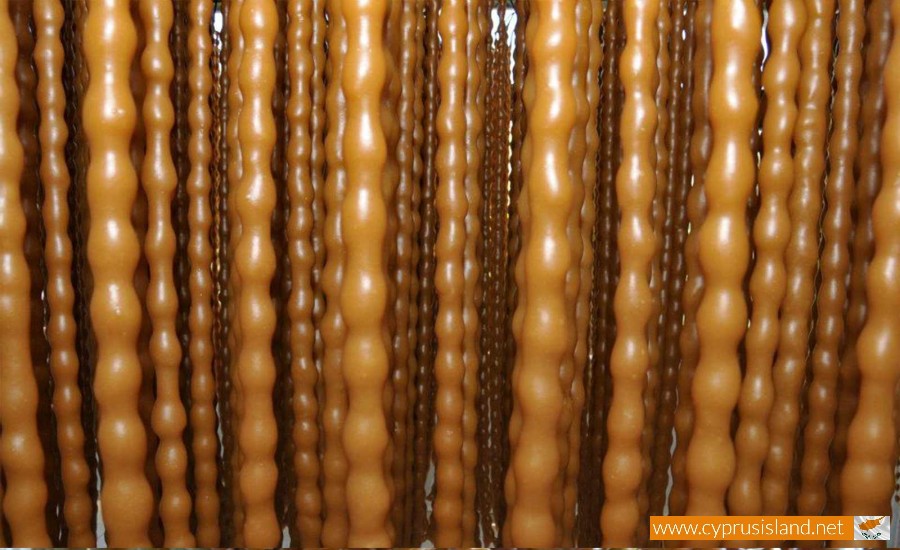 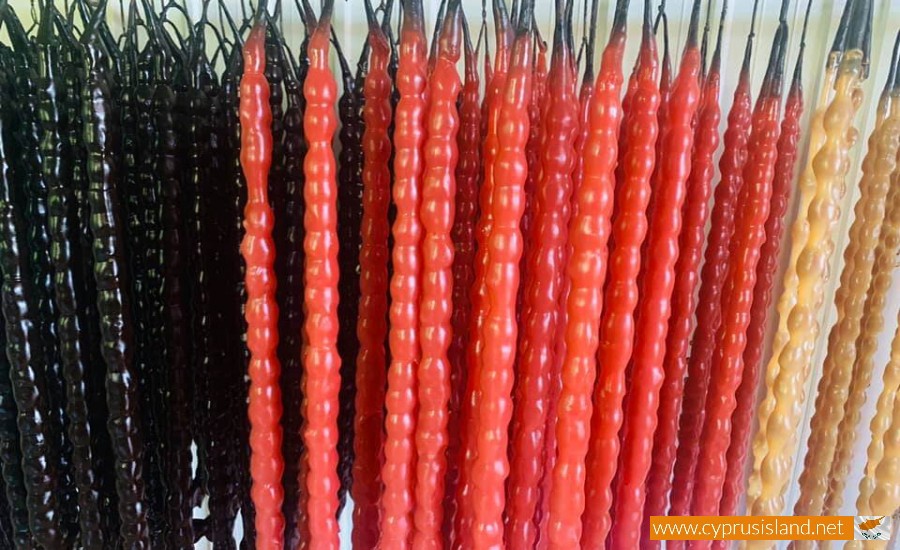