The creation of pastelli from carobs was a process with many stages. The same process still exists today in the village of Anogyra in the Limassol district, the only village in Cyprus that continues to produce haroupomelo (carob syrup) and pasteli in the traditional way.

The word pasteli comes from the French word pastel, which changed over the years and became pastelin during the ruling of the Franks.

The Pastelli is made during the months of September until May, because it cannot be moulded easily during the summer months. In order to produce the pasteli they first had to find the carobs. They chose the biggest and oldest carobs as they has the most honey in them, and washed them. Then they ground them as they did with olives and places them in large containers with water for about 24 hours.

The juice from the carbos comes out (shierepetti) and is collected in large containers. The juice is then placed in a large copper container (hartzin) and is placed over fire. The mixture is stirred for about 6-7 hours until it becomes thick so that is can be made into carob syrup.

It is placed into another container which is again placed over a fire, and stirred for about 4 hours until it becomes a black substance. The black substance is placed on a slate to cool down. A quantity of 1 or 2 kilos is taken and placed on a wooden pole on the wall. Then it is pulled with a special way. It is twisted, plaited and pulled again until it receives a blonde colour like gold. The plastelli is ready and is cut into smaller pieces. 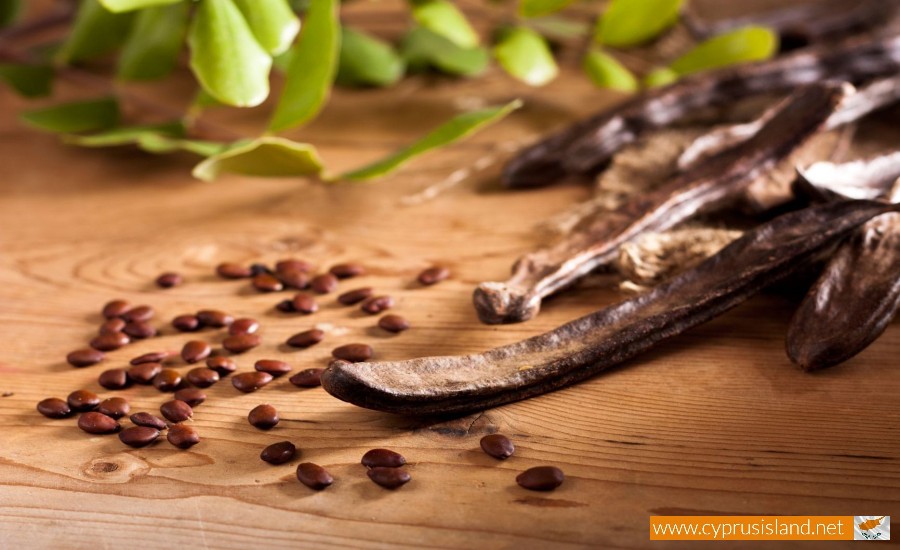 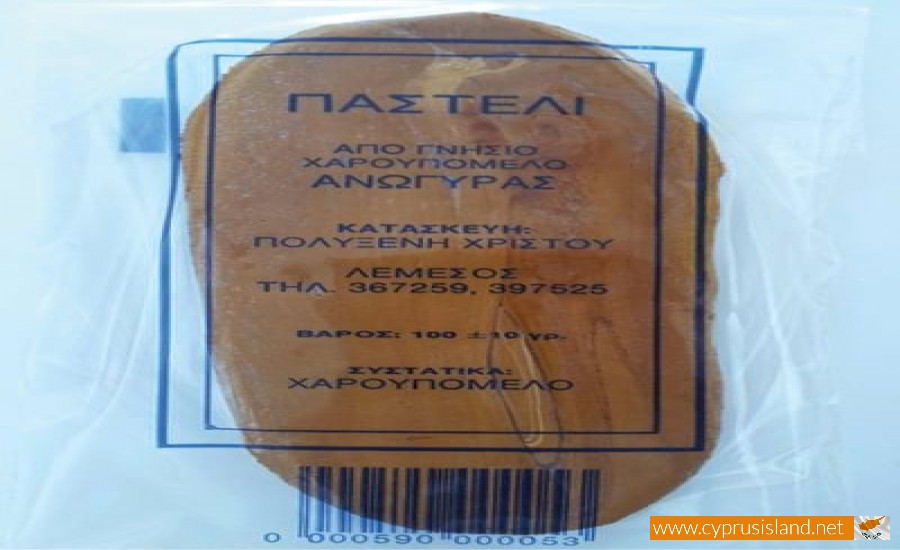