Daktyla are one of the most famous Cypriot sweets. They are made with a very thin homemade sheet of pastry filled with chopped almonds, sugar, cinnamon and rosewater made into an aromatic syrup.

They are called Daktyla (Fingers) as they are shaped like the size of human fingers.

Firstly we prepare the pastry and let it rest for about half an hour. We then add the sugar, honey, water, cinnamon, cloves, and lemon peel in a pot and let it boil for 5 minutes. We remove the cinnamon, the cloves and the peel. Then we add the lemon juice and the rosewater, we stir it and let it cool down. We chop the almonds, add the sugar, cinnamon, rosewater and stir. Spread a very thin sheet of dough and place about ½ – 1 tablespoons of filling along the pastry, and roll it twice. Press the two ends of the dough so that the filling does not come out of the pastry during the frying process. The daktyla are fried in hot oil until they are golden brown. Then they are taken out of the oil and covered with syrup. Let them cool down and serve. 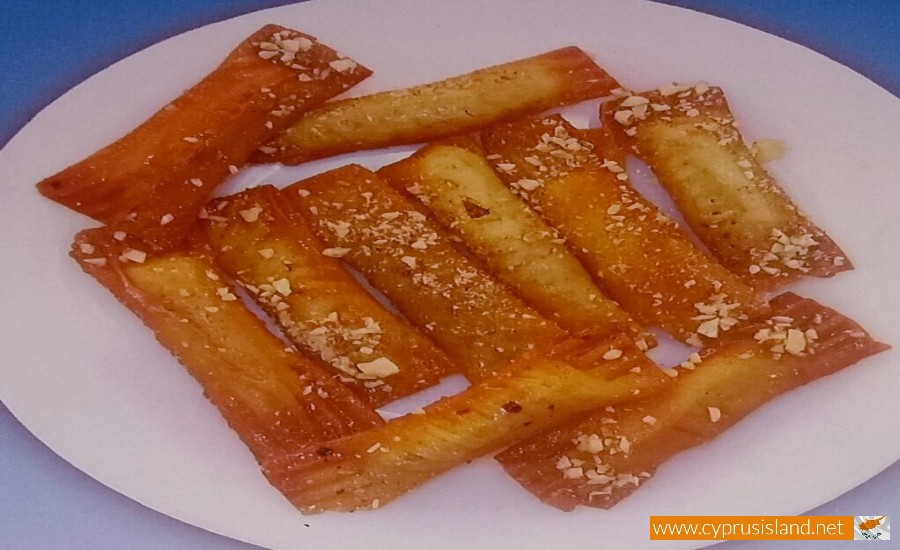 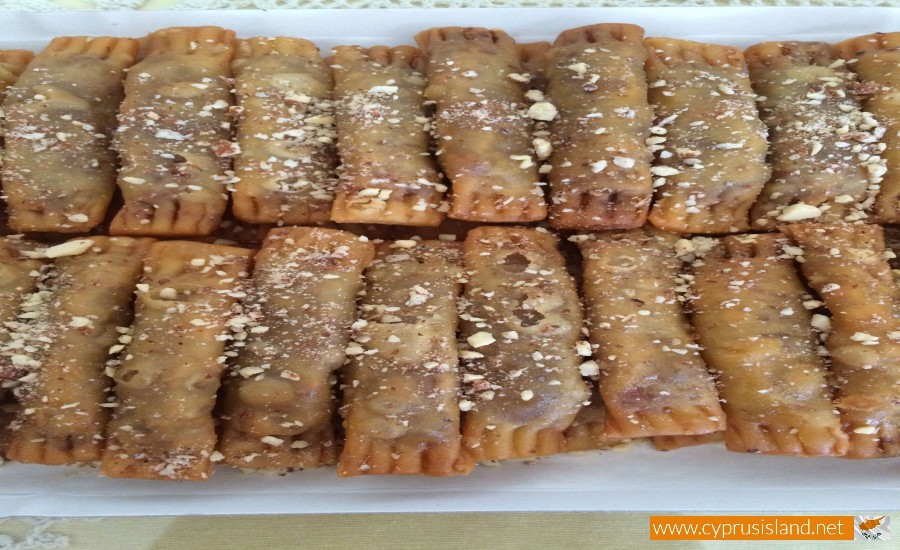 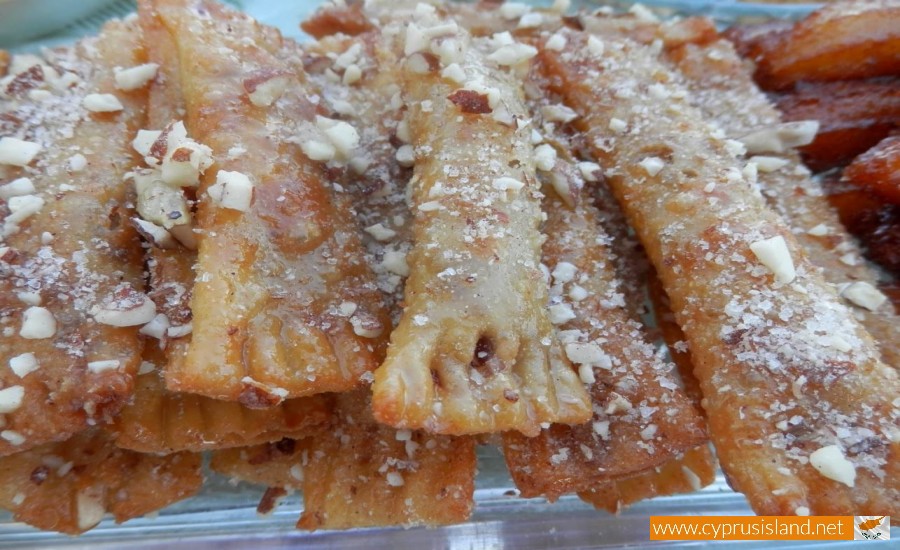