Finikota or Phoinikota are traditional sweets, similar to Kourambiedes with dates.The name finikota comes from the word finiki which means date in Greek.They are in made Cyprus and are  prepared during Christmas.

In order to make Finikota first place the butter , the dates , the almonds , the sugar , the cinnamon and the cloves in a small pot. Warm on a low fire until the butter has melted. Lower the fire and continue to stir until the mixture is soft and all the ingredients have been mixed well. Add the rosewater and stir a few times before taking the pot off the heat and allowing it to cool. Until the mixture cools down prepare the dough. The dough is prepared the same way as the dough for Kourambiedes.

The dough will be soft, but it must be soft so that it does not stick on fingers. Take a small amount of dough and press it in order to make it thin. Make balls from the stuffing, place it in the centre of the dough, and close the stuffing in the ball. If you want, you can shape the ball into a half moon or oval shape as well.

Place the finikota onto a baking tray and cook for about 25 minutes at 180 degrees celcius. Once they are cooked, allow them to cool down and spray them with rosewater. You can then cover them with icing sugar. Serve them with tea or coffee. 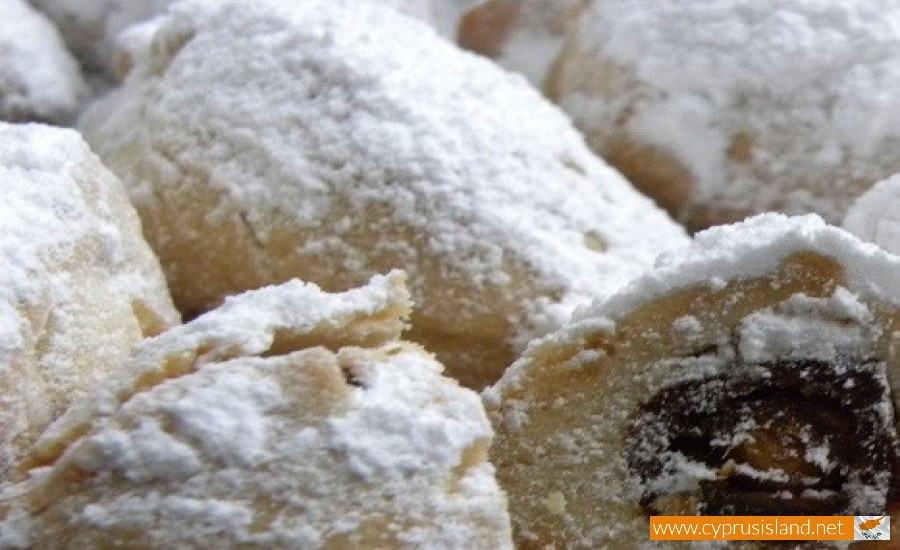 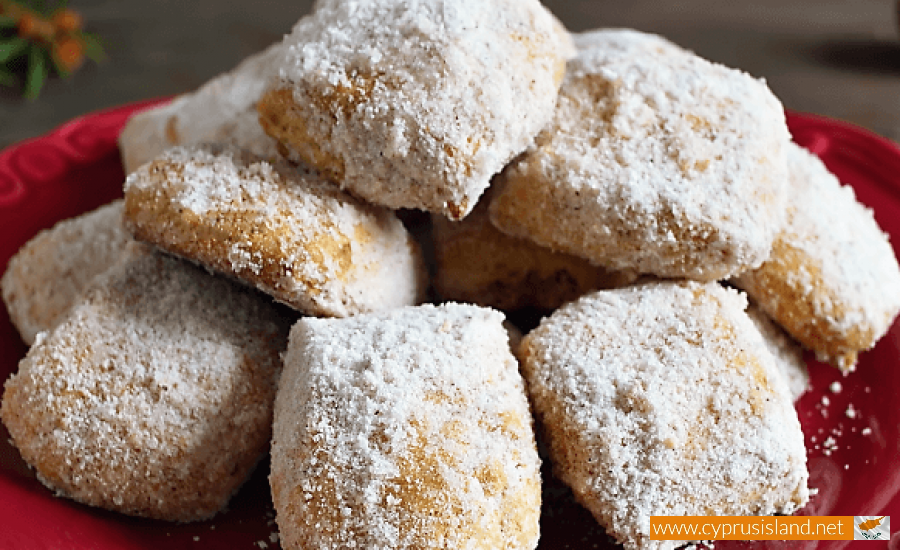 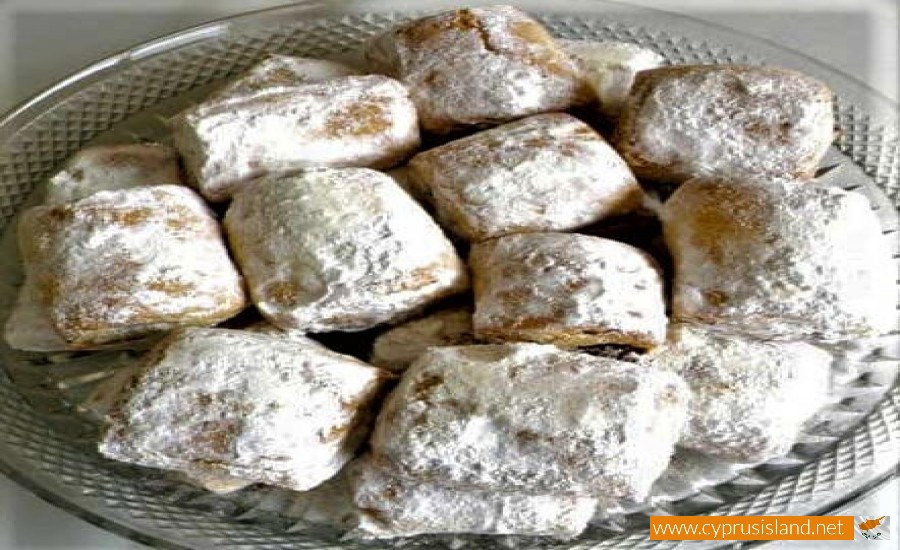