Kourambiedes are delicious biscuits that are well known through Cyprus and Greece. They are similar to shortbread biscuits with icing on top.

Kourambiedes  are considered traditional Christmas sweets such as Melomakarona, but they can also be made during times of the year such as weddings or christenings. Their name comes from the Turkish word Kurabiye, Kuru meaning dry and biye biscuit. However the name biscuit was not established until the medieval era, from the Latin word bis-cuit meaning cooked twice. The word was slowly spread through the Venetian merchants combining the latin biyta and the Turkish kuru giving the Greek word kourabies.

Kourambiedes are made of flour, butter almonds and icing sugar. Rosewater can also be added to give more aroma. Kourabiedes are usually small dough balls, which have then been flattened, and icing sugar is placed on top, however they can also been made into other shapes.

In order to make them mix the butter and the sugar until the mixture is fluffy and white. Then add the egg yolks and the brandy. Add the butter and the flour , mix with the almonds and form the shapes of the kourambiedes. Place in a shallow tray with non-stick oil. Kourambiedes are cooked in the oven for 15-20 if they are small or 25-30 if they are big. Once cooked spray with rosewater. Then cover them with icing sugar and allow to cool. Then sprinkle them with icing sugar again so that they are completely covered and they are ready to be served.

There are also smaller balls which are called Boukies as they are smaller and consist of one bite. 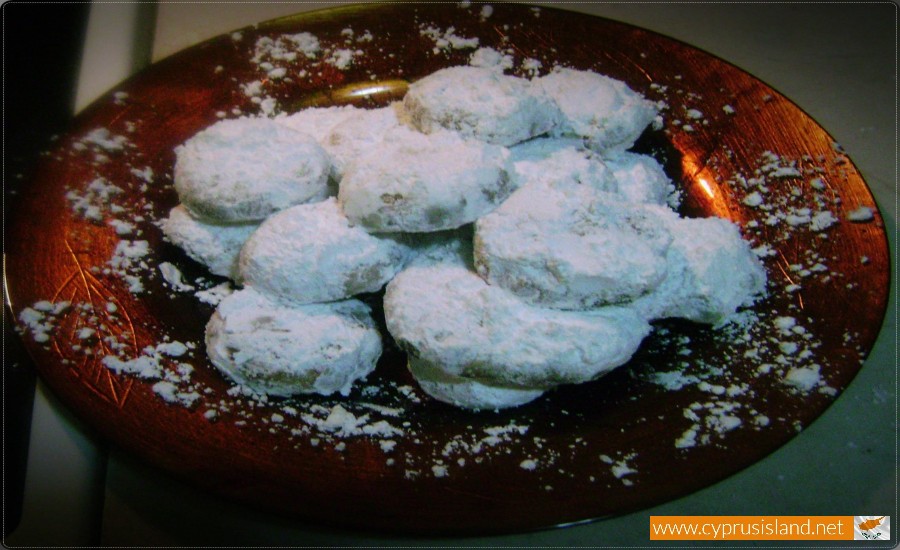 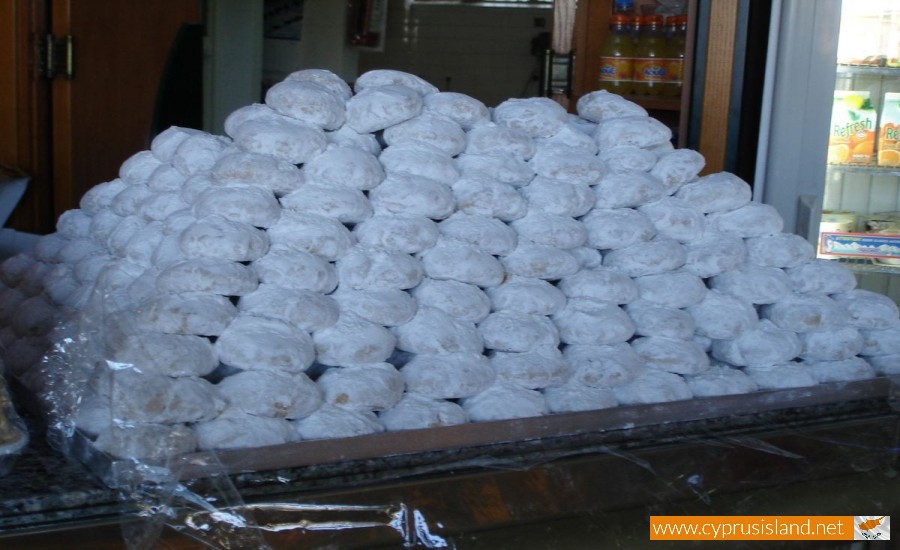 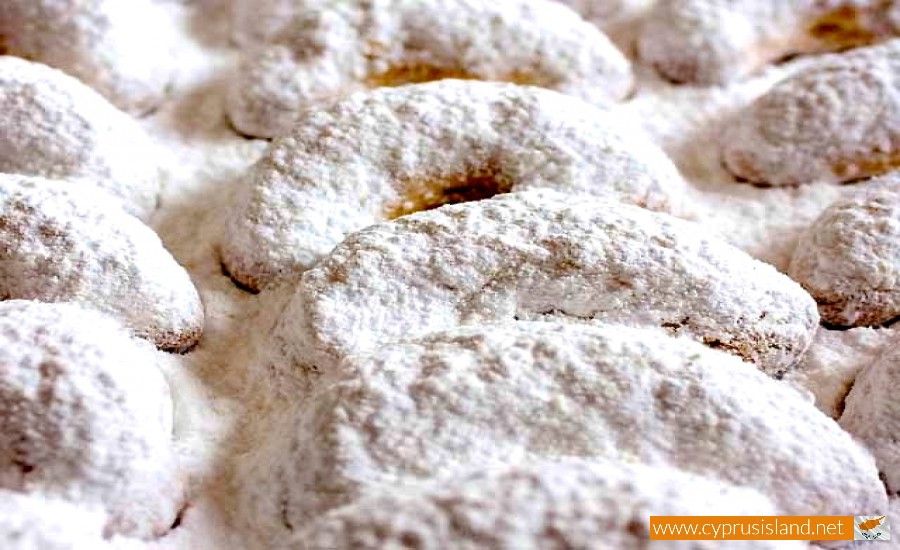 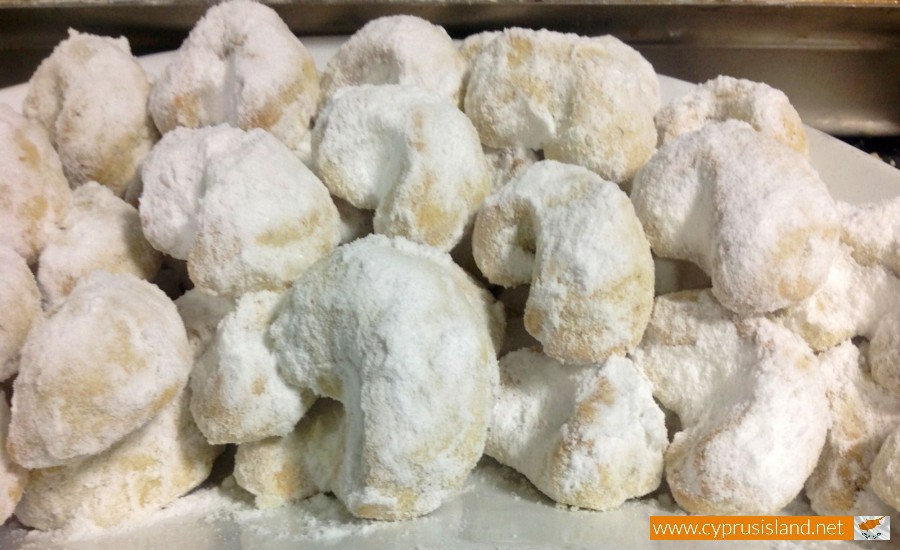