Pelendri is one of the largest villages in the Limassol district of Cyprus. According to the inventory in 2011 it had 1074 residents.

It is located under the Troodos mountain range in the area of Pitsilia. It is situated in a barren mountainside, at an altitude of 800 above the surface of the sea, about 40 kilometres from the town of Limassol. It neighbours with the villages Trimiklini, Saittas , Potamitissa and Kato Amiantos.

The geography of the area is rough with deep valleys and steep mountainsides. On all three sides of the village there are tall mountain peaks which have an altitude of 1000 metres.

The climate in the area , combines with the relatively high annual rainfall which the village has , helps the cultivation of various fruit trees (apples , peaches , pears)  as well as vine varieties , olive trees , almond trees , and various vegetables ( beans, peas, tomatoes , cucumbers , onions , pumpkins and potatoes). There are many points which are excellent for cultivation however due to the morphology of the area they cannot be used. Part of the national forest of Troodos and Moni fall into the boundaries of Penelndri.

Pelendri was a well-known community during the medieval times. De Mas Matri refers to it as being Pelendres or even Pelondres giving the information that in 1353 it was a feud for John de Louzinian , the prince of Antiochia and part of the royal family in Cyprus. The medieval chronographer George Voustronios mentions the village twice in his chronicle. In the one case he mentions that in 1461, there was a rich man who lived in the village, probably a merchant whose name was Satenis. In the second case Voustronios talks about two ranches in Pelendri which were owned by Ritzo ti Marino and which were taken over in 1474 by Catherine Kornarou. These two ranches are named as the Kardaa and the Filagra which were destroyed during the Turkish rein. The Filagra ranch were then reformed by the same name. Apart from these two communities, according to the tales of the elderly, there were also 14 small villages which were forced to be abandoned and join up with the villages of Pelendri in order to feel safer. These villages are , Poulos in which important archaeological remains of the time of Alexander the Great were found , Fournia in which evidence of an old settlement were found , Troumithos in which there is a very old mine , Jeramis which was completely destroyed due to a rockfall , Rondia , Konnara , Kaminia , Mazokambos , Halazin , Argirou, Deisis , Saint John Potamoulion , Pondikia and Koundourides.

There are many versions in concern to the name of the village:

The name Pelendri and Pelendria which was used in previous years came from a plant which was plentiful in the area and was called Felandrio. Theofrastos mentions that from these plants people made a perfume.

In the area, a mushroom grew which the residents called Pelendro. It is a poisonous mushroom with a bitter taste and it had a characteristic look because it is larger than other known mushrooms. N. Kliridis however mentions that the mushroom took its name from the village and not the other way around.

A fourth version claims that the village took its name from the last name of the medieval family which owned it as a feud, sometime before 1353. Leondios Macheras mentions this family.

Finally according to newer versions , Pelendri was previously named as Polidendro because there were many trees. Later on the name got changed into Pelendri.

Early on there were five chapels in the village: Saint George, Saint Nicholas, Saint Dimitris, Saint John Prodromos and Agia Sozomeni. Today there are four churches:  Saint John Lambadistis , Archangel Michael , Timiou Stavrou and the Virgin Mary .There is also a chapel of the Virgin Mary Amiantou.

This church is built with local volcanic rock and brick. The village residents worked voluntarily in order to build the church, transferring the materials with donkeys. The church, impresses with its the great dome which is distinguished from a distance.

It is located at the right of the village. It was restored and extends during the last few years

This church is one of the nine churches of Troodos which are part of the international cultural heritage of UNESCO with the title “Painted temples in the area of Troodos Mountain”. It belongs to UNESCO mainly for its painting which cover the interior of the church and are exceptional samples of byzantine and metabyzantine art. The shape of the church today is the result of various constructions during different periods. As the church can be seen today it has three parts and a dome. The original church only had one part with a dome which was built in the 11th century. Clues show that the temple may have been arched. However the only part which is saved today is the arch. At the end of the 13th century the middle part was built where the cross dome used to be, as it was destroyed. During the 14th century another part was built which constitutes the north chapel. A north chapel was built in the 15th century. According to the dedication on the arch, the original painting of the church is dated back to the 1171-1172. Part of the phase is saved in the arch of the sanctuary, under the paintings of the 14th century. It is a rare art for the churches in Cyprus of the 12th century. The decoration with paintings was continued during phases until the 16th century. In 1963 the protective restoration from the Antiquities Department took place.

The church of the Virgin Mary Catholic was built during the 16 century and has a wooden roof and the interior is semicircle with a five sided exterior arch which is covered separately. The wooden carved iconostasis of the church is modern and is surrounded by nice icons of the 16th century. The oldest icon is that of the crucifixion of Christ which is unfortunately nearly destroyed. There is also the icon of Virgin Mary which was drawn by Ioannikios in 1693. 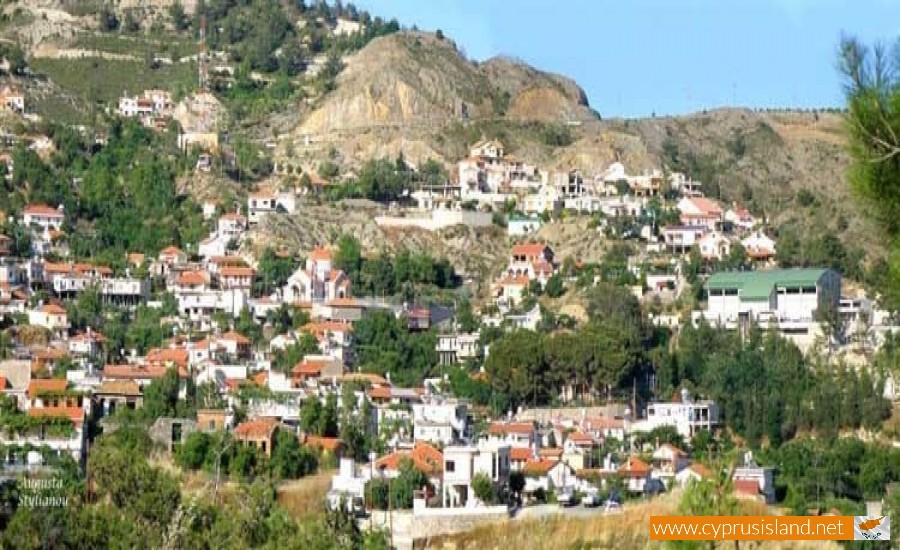 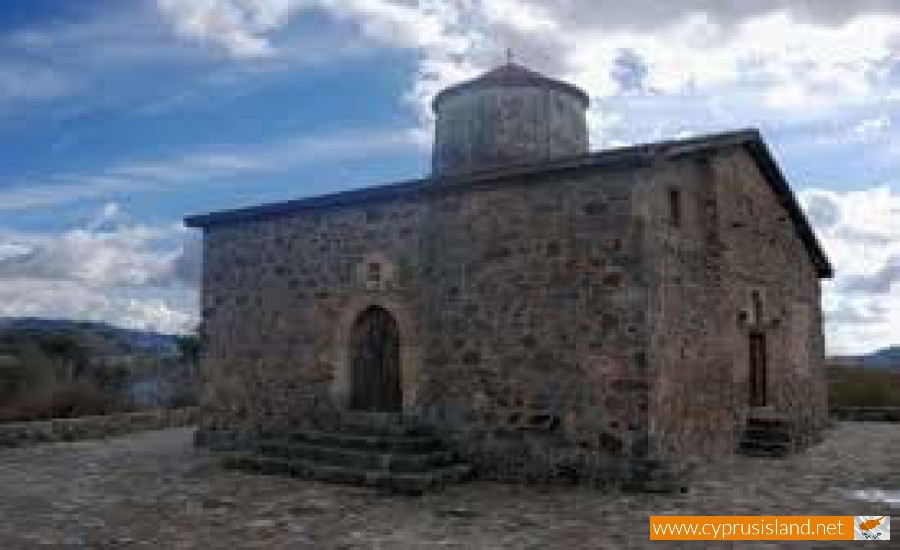 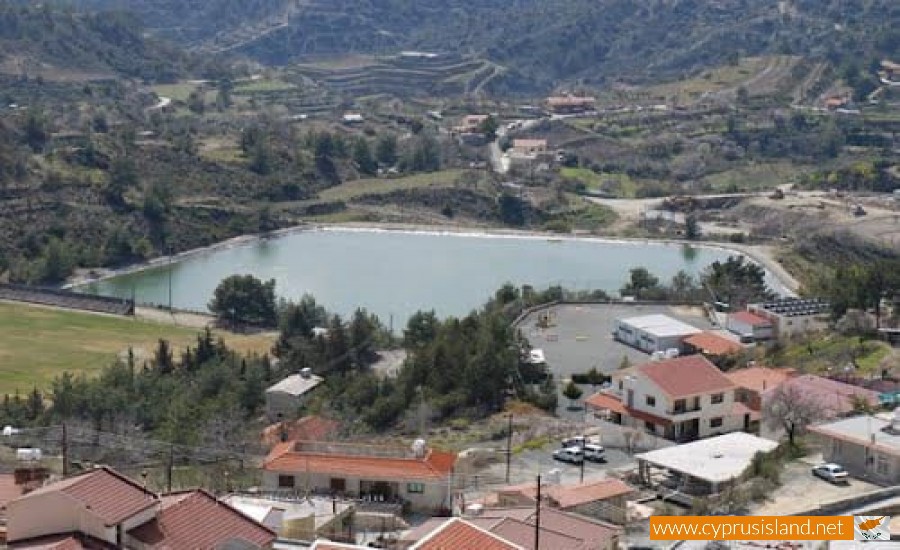