Agios Therapon or Agios Therapondas village is a small iconic village built at the Troodos mountain range which has existed for centuries. It is a village in the Limassol district, built at an altitude of 640 meters and is under the geographical jurisdiction of the wine villages.

During the ruling of the Franks, the village belonged to a feud owner, however it seems to have existed since the Byzantine years. In particular, in 1461 according to Mas Latri it was a feud of Petros Podokatorou. However, Karouzi states that by judging the name of the village and the Holly Water of Agiou Theraponta we must conclude that the village is of at least the Byzantine era.

The village took its name from Agio Theraponda, who according to tradition stayed at the village in which the church and the Holly water are located. This is also confirmed by the statement of Karouzi mentioned above.

In a unique location rich with natural beauty is a community with interesting traditional architecture. Most roads are still paved with stones while some have been made with concrete. Particularly impressive are the twelve votes which exist. Karouzi describes the vota as being a type of construction which is only found in few village of Cyprus. It is a ground part of the construction with an arched room used as a storage area mainly for the wine and possibly even as a stable for the animals. On top of the arched room is the house of the owners.

Agios Therapondas is mainly a vineyard village. The residents of the village until today deal with vineyard cultivation. According to the inventory in 1971, about 2.336 pieces of land are grown with vineyards. It must also be mentioned that the vineyards still take over a large part of the cultivated land. The vineyard cultivation is assisted by the composition of the ground as well as the climate changes in the area. The average rainfall in the area is about 600 milimetres which assists in the extending of the vineyards especially the ones which are grown for wine use.

Traditionally the main type of grape which was grown was the local black grape along with other types of soultanina, malaga and cardinal. In our days there are new types of grapes which have also began to grown and seem to produce more. Apart from the vineyard cultivation, there are also some olive, carob, citrus trees and some vegetables.

The village met population increases and decreases. From 1881 until 1946, the population of Agios Therapondas increased significantly. Later on, a steady decrease began which was due to the machinery which was introduced in agriculture and the absence of other sources of income in the village and the neighbouring communities. The population course of Agios Therapondas from 1881 until 2001 is the following. In 1881 the population was 243 while in 1946 it doubled to 530. In 1982 it decreased to 302 and finally in 2001 decreased down to 152 residents.

It is worth mentioning that the Community Board is trying to help the village increase its population with many development projects. Karouzi states that even though there is a decrease in the population the remaining residents take care of the village with projects such as the traditional water tap, the footpaths and by planting trees on the road which leads to the village.

The chapel of Agiou Georgiou is located east of the village. It was built in 1996 in a byzantine architecture with a donation from Kypros Loizides.

To the west of the village there used to be a chapel of Agion Theodoron and Myroforon. The chapel was of a royal architecture. Unfortunately the chapel was washed away with the water of the river and was built again later on.

According to the residents of the village, the chapel of Agion Saranta Martyton, was built in the position of an older temple in 1980. In our days there are no traces of the older church. The church today is of royal architecture and is located at the northeast of the village. 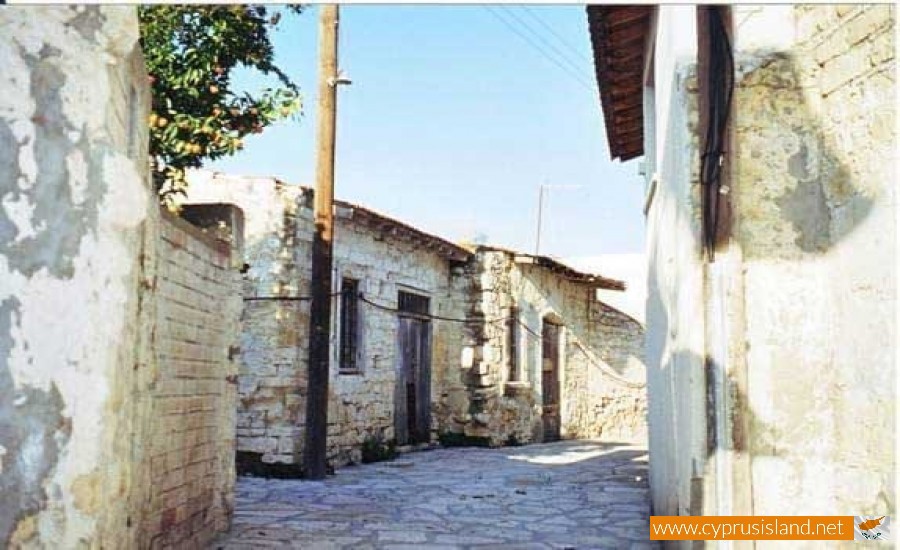 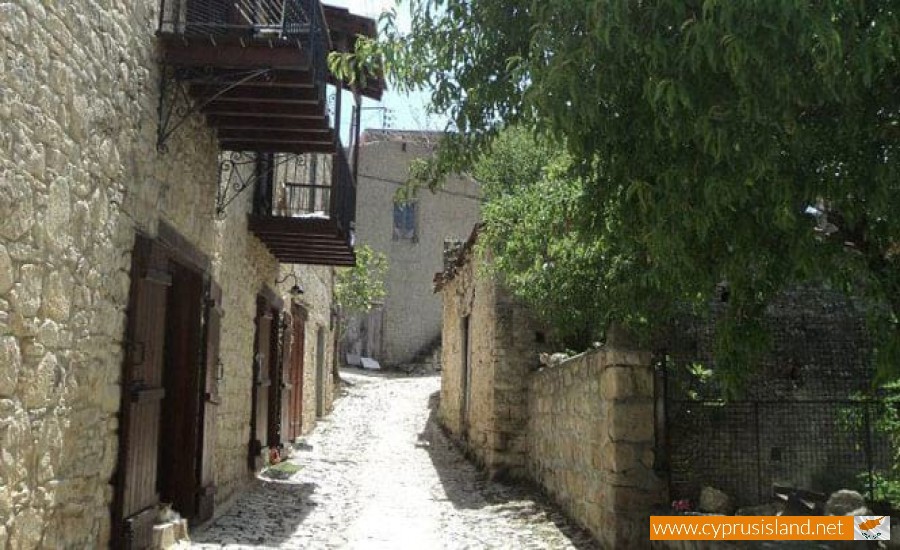 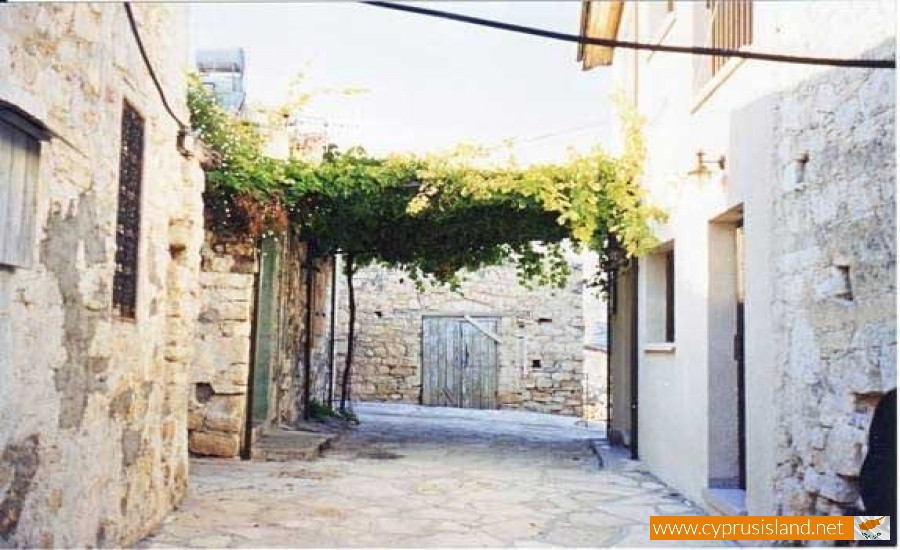