The Agios Spiridonas Chapel is situated in the Pissouri village in the Limassol district. More specifically it is located in a cave at the base of a rocky hill in the area of Ambelochori. It is a beautiful and unusual chapel due to its particular position.

The particular chapel is built at the base of a rocky mountain in the area of Ambelochori , above the Pissouri Bay. It was constructed in 1992 by two siblings, Yiannaki and Vaso Pelekanou, in memory of their parents who were from the village of Assia.Their father Christoforos Pelekanos had decided to construct a chapel at the cave which he came across while performing work in the area. Unfortunately he had passed away at the age of 69, before he was able to complete his vision in dedicating the chapel to Agios Spiridonas.

The exterior of the chapel was based on a design made by Christoforos Pelekanos. The characteristic white stone in the area was used for the exterior. The interior was equipped with an iconostasis, icons and wooden seats for the few believers that the chapel can accommodate.The chapel is a benchmark for the area and a favourite destination for celebrations with few guests , such as weddings and christenings. The chapel is celebrated on the 12th of December and the 11th of August. The chapel is open for visitors any time during the day. 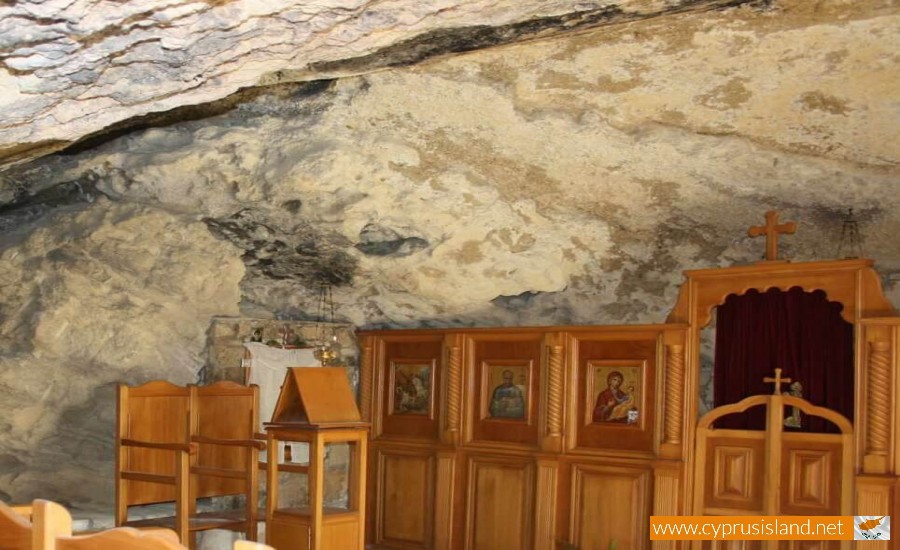 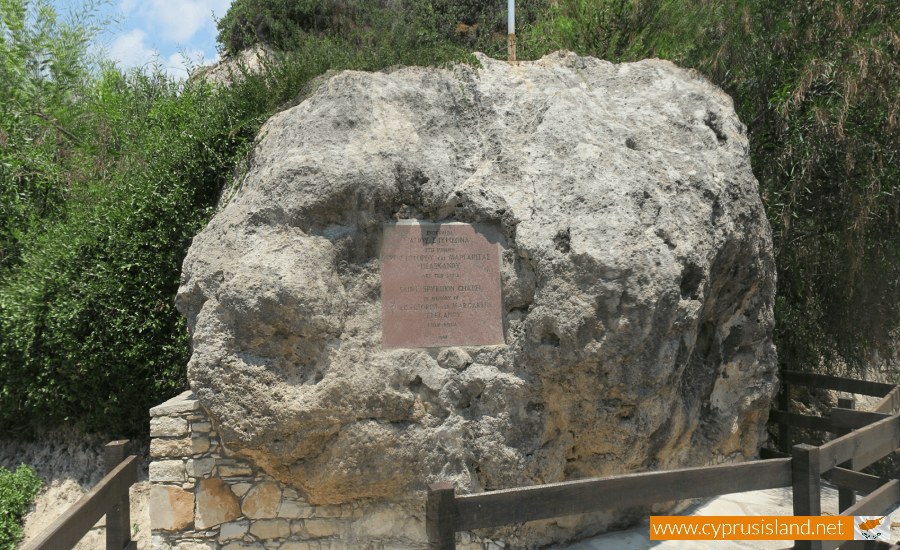 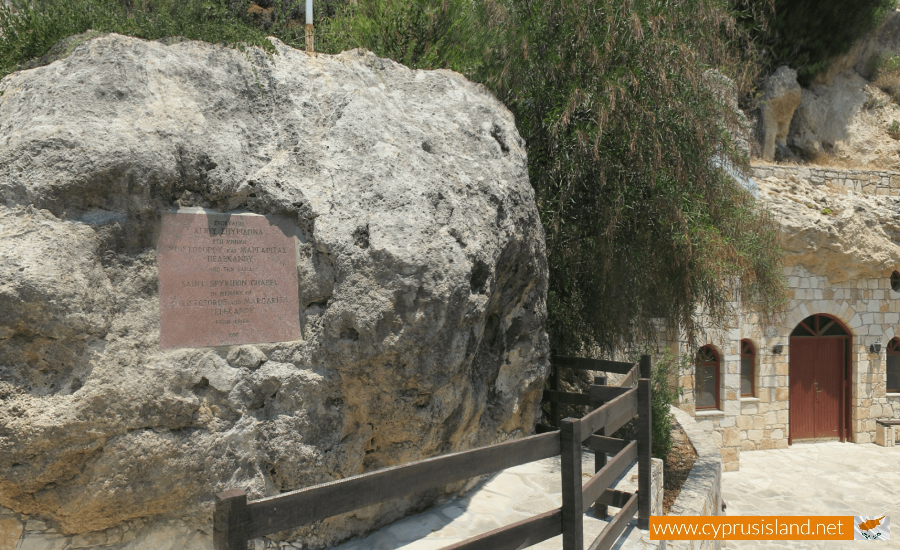 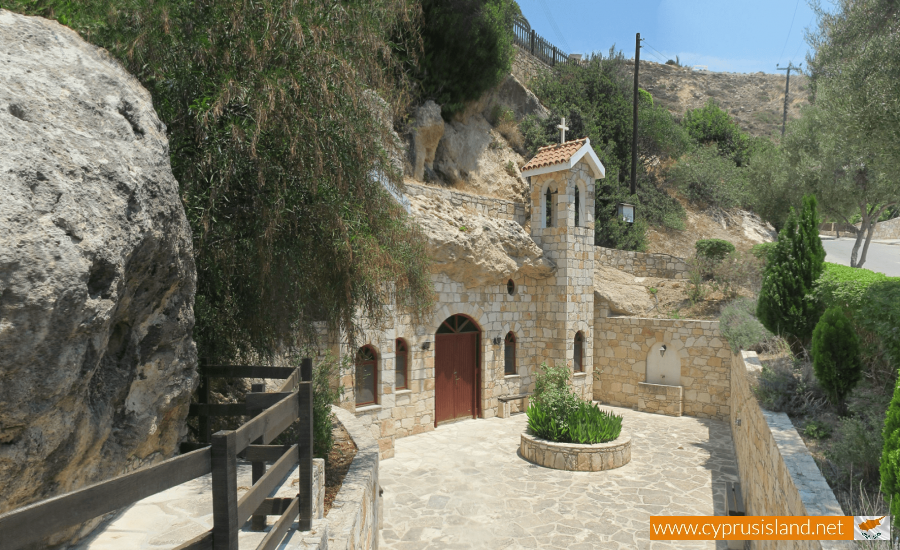