Various sources confirm that the chapel was damaged due to a fire. This is also what the icons in the church show. The brother of Makarios B’ demolished the temple and built a school in its place. The school still exists and is maintained. It is situated towards the exit of the village on the west side.

A special shrine in front of the school has been constructed in dedication of Agios Onoufrios. The dedicated icon is dated from the 13th century and is kept in the small museum in the central church of Ioanni Prodromou.

The saint is celebrated on the 12th of June, where a great festival takes place. The people from Prodromos hope to construct a new chapel in honour of Agiou Onoufriou in the community. 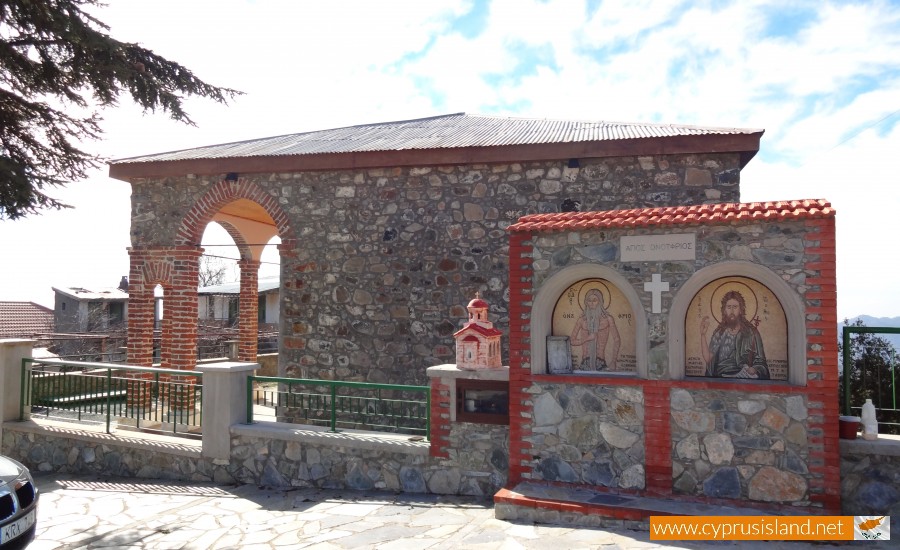