Timios Stavros church is located in the village of Pelendri in the Limassol district.

It is one of the nine churches of Troodos which are part of the Unesco worldwide natural heritage titled as "Painted churches in the Troodos region".

The church is part of Unesco mainly for its wall paintings which are on the inside of the church and are exquisite samples of the byzantine art.

The form of the church as found today is the result of many different eras of construction operations. As today is the church of the Holy Cross is presented as a three-aisle church with a dome. The original church was single-aisle with a dome dating to the 11th century.

Indications suggest that perhaps the church was vaulted however the only part rescued is the arch. In the late 13th century the middle aisle of the church was built in the place of the crossed with a dome, since the previous church had been destroyed.

In the 14th century an additional aisle was built, which was the north chapel. A southern chapel was built in the 15th century. According to the inscription on the sanctuary, the original illustrator of the church dates back to around 1171 to 1172.

Part of this phase is preserved in the under the layer of the wall of the 14th century. This is rare for a 12th century church in Cyprus. Decorating the  wall continued in phases until the 16th century. In 1963 it took a protective restoration by the Department of Antiquities. 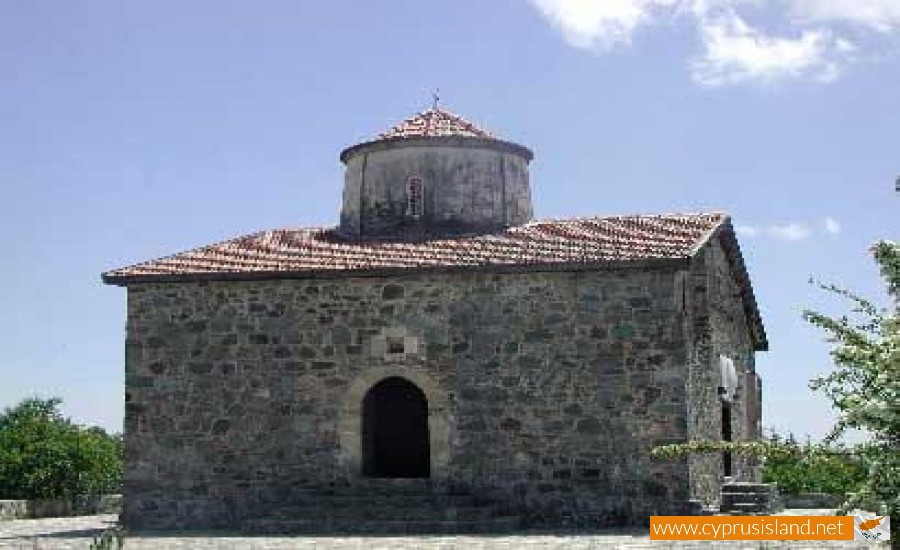 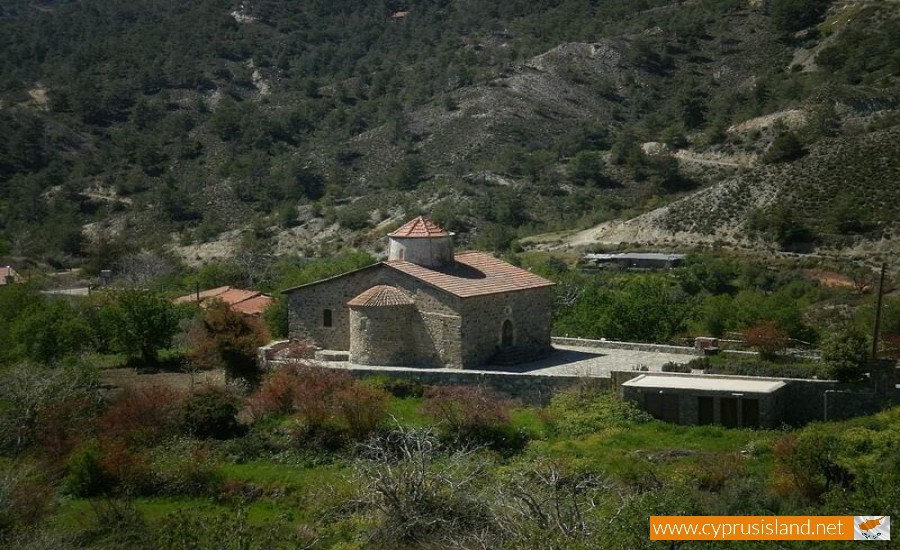 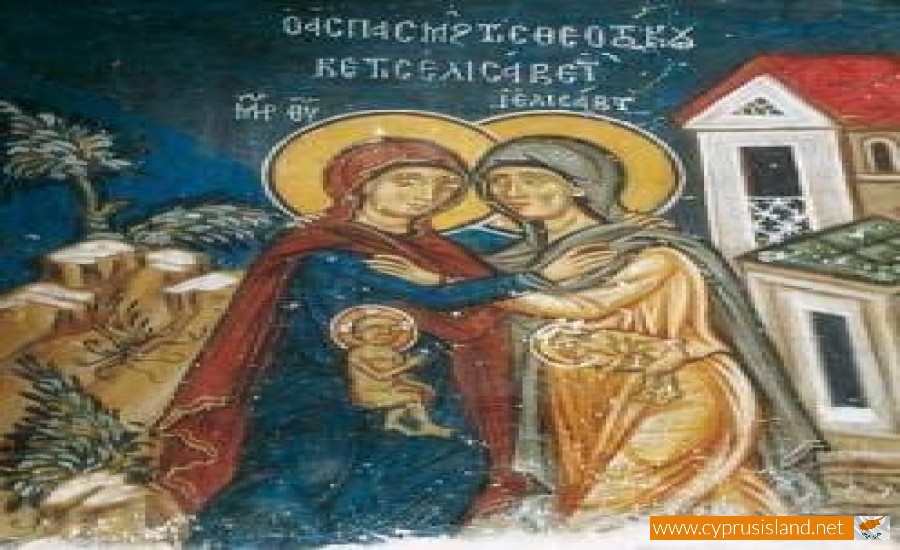 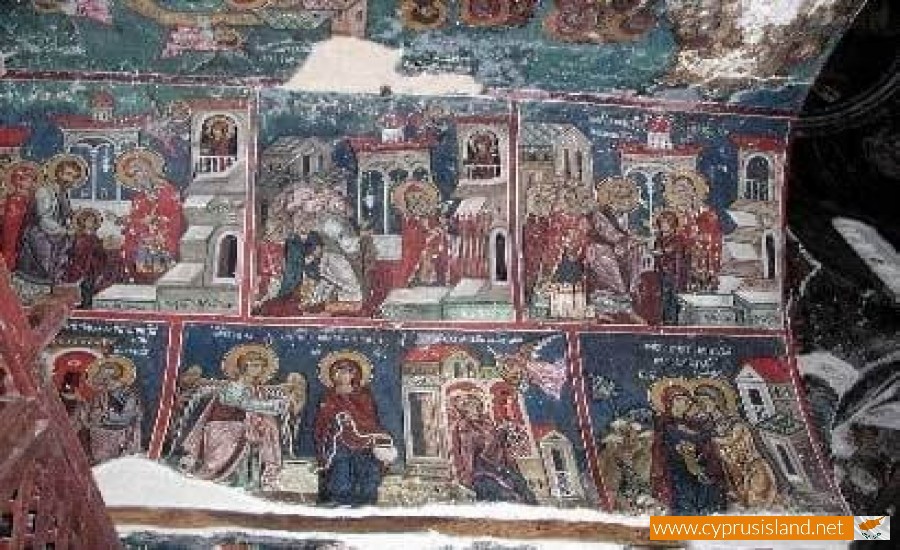 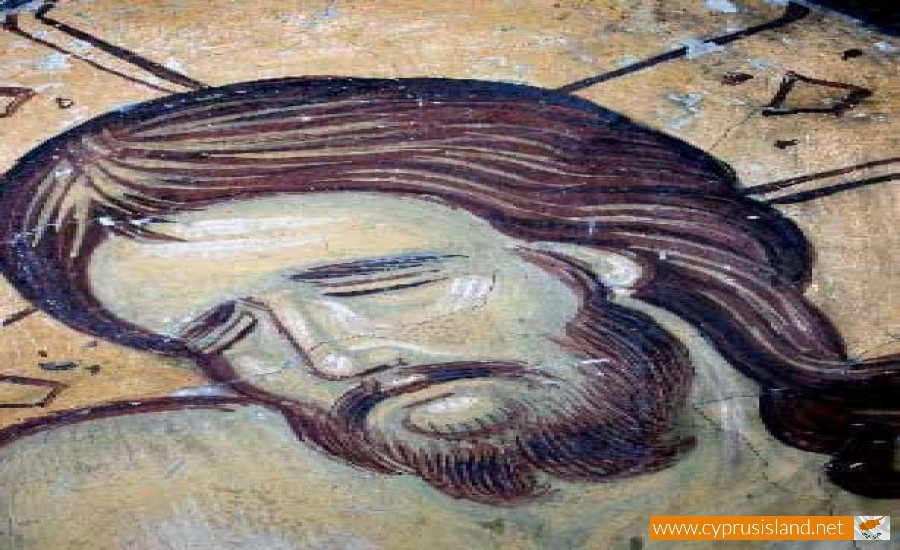