The Agiou Georgiou Chapel is situated in the old village of Ktiri about 6 kilometres from the village of Agios Amvrosios in the Limassol district. It is a small beautiful church with beautiful iconographies that cover the older area of the church. It is made of one room and its architecture is stone built Basilica with a tiled roof built during the 14th century.

The exterior of the church does not present anything particular of impressive. It is a simple construction of 12 metres length and 3 metres width. However, the interior of the church is where the real value of the church is, from an architectural viewpoint as an ancient Christian monument.The temple is lit from three entrances, two on the south wall and one on the west as well as a small window in the altar.

The original temple was 6 metres in length and 3 metres in width. According to the murals on the roof and the two sidewalls, the construction was dated to the 14th century. The scenes present the life of Jesus (Birth, Crucifixion, Deposition, and Resurrection), Agio Georgio and other saints along with presentations from the Bible. An extension of the church was made later on.

The main church is divided by the Holy chancel with the new templo, which was constructed recently. What really stand out from the Holy chancel are the murals of Jesus, the Virgin Mary and Prodromou, which are located in the unique niche of the altar. What is also impressive is the Holy altar made up of a column with the capital also being the base of the Holy altar.

The Agiou Georgiou Chapel operates on the 23rd of April and on the 3rd of November in honour of Agiou Georgiou. The date is also transferred to Easter Monday on some occasions. 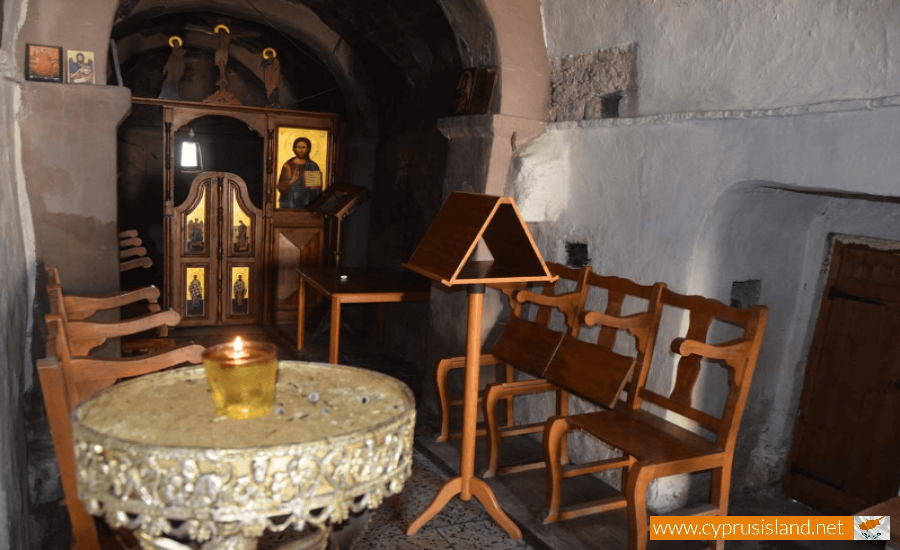 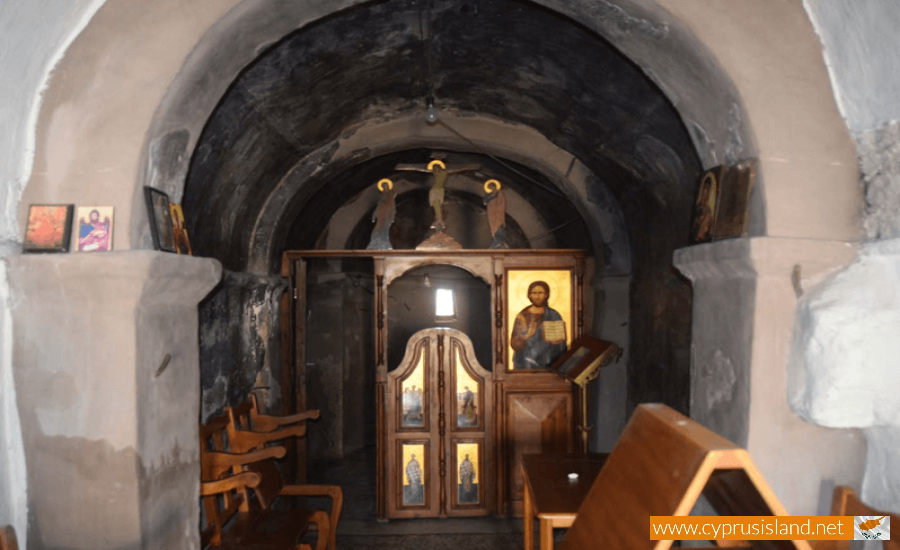 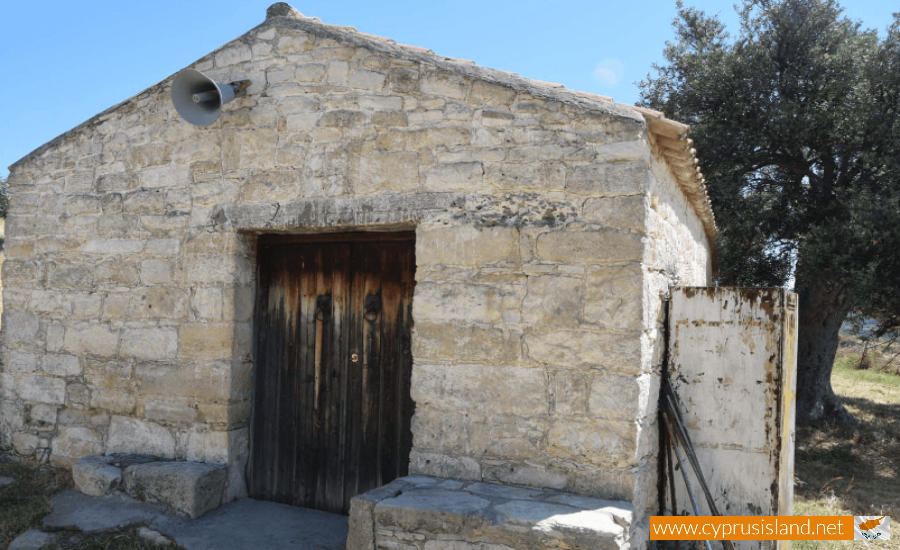