To the west side of Potamiou village in the district of Limassol, are the ruins of the chapel dedicated to Agio Mnasona.

It is a church of 300 A.D which shows the bold markings of time. The attempts to maintain and restore the chapel began in 2008 by the department of antiquities. The funds for the restoration and maintenance of the chapel came from fundraisers.

According to tradition, the chapel was built at the location where the Saint lived while he taught Christianity in Paphos, from the north until the south part of it. In the ruins of the church one can distinctly see the double walls in its interior, three ruined rooms and one underground tunnel which has yet to be explored. The residents of the village mention that the tunnel was an exit point for the chased Christians.

Lastly it must be mentioned that one of the underground tunnels was the place which the left wrist of the Saint was kept. 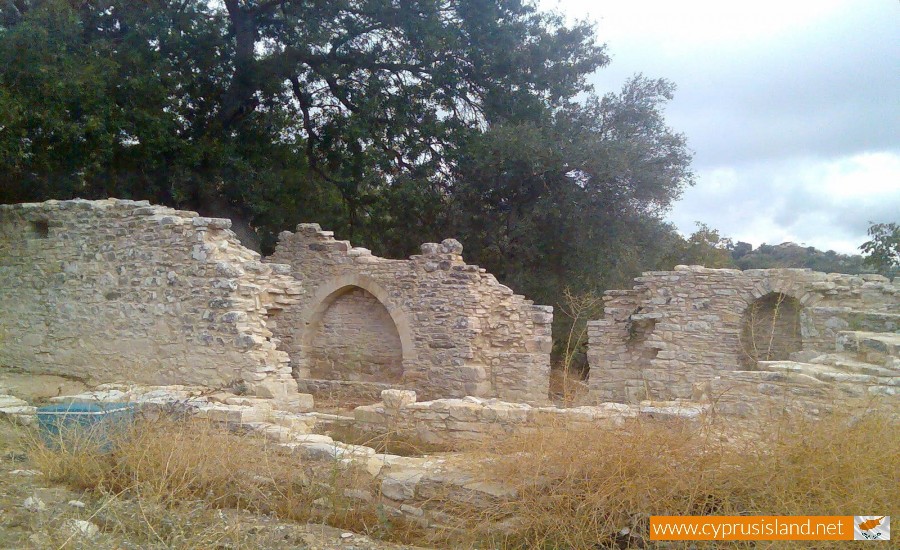