A little further out from the village of Fini, in-between the plain at the location vines, surrounded by trees and bushes and at a close distance from the river is the chapel of Agia Marina.

It was completed in the year 1999 and it was built with bricks. It is covered with stone from the area on the outside and is white on the inside. The wooden carved iconostasis divides the Agia Trapeza from the main temple and there are also seven transportable icons. There are also wooden carved psalm stand which make their presence in the small chapel. In its interior it is flat and there are a few seats. It can accommodate up to 50-70 people.

The dedicated icon of Agia Marina which is located at the west entrance of the chapel, is of a recent construction and was made with a donation from Antonakis Chrysostomou who wanted to complete his wish after being cured with the help of Agia Marina. The piece of land which the church is built on was given by the family Psaliou , from the brothers Theoharis and Evagoras Psaliou.

The church celebrates on the 17th of July. 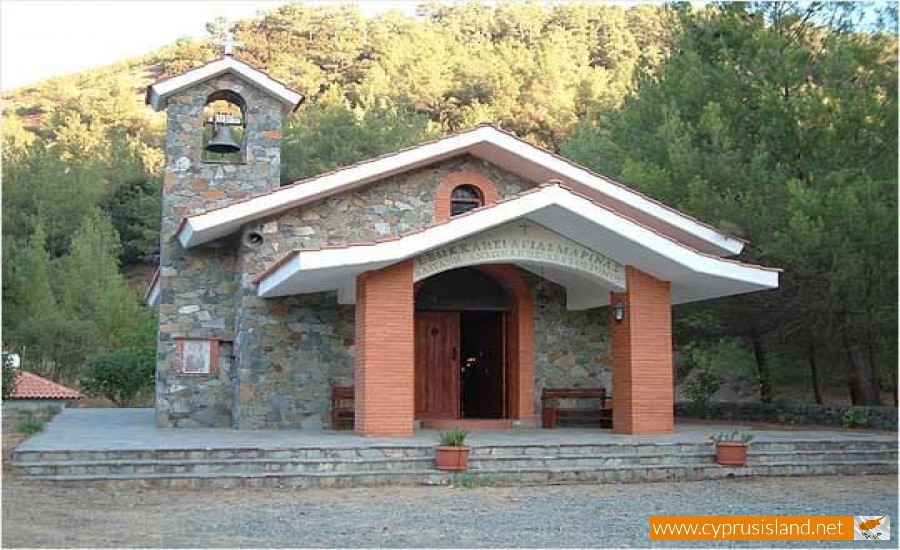 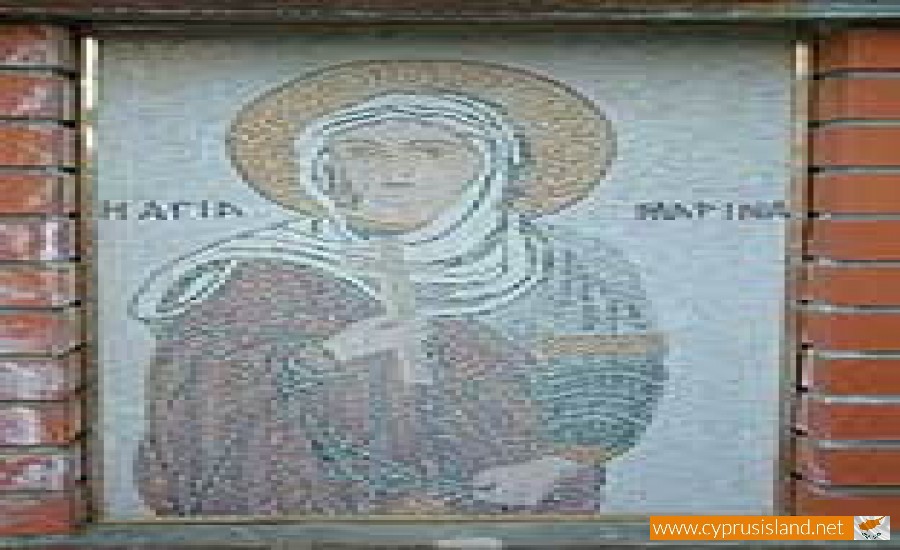