The Agiou Prodromou Church is situated in the village of Erimi in the Limassol district. The church is located in the centre of the community amongst the greenery. The love of the residents for the Baptist and Prodromo of the Lord, as well as the relationship, which they had with the Monastery of Timiou Prodromou in Mesa Potamo, justifies the dedication of the church in his honour.

According to tradition the church began being built during 1875-1880 and was completed around 1895-1900. The bell tower and the stone pilgrim were built later on in 1918.

The architectural rhythm is a Single-aisle Basilica of Folk structure, which is common in the Cypriot architecture of the 19th century and beginning of the 20th century. Examples of this rhythm can be seen in the following churches: Apostle Loukas in Kolossi , Agia Paraskevi in Episkopi , Agia Paraskevi in Germasogia , Agios Minas in Agios Athanasios etc.

The combination of the two types of masonry is of excellent interest. External pessaries open into arches with carved stone and an excellent decoration with geometrical rows in order to lighten the weight of the masonry volume.

What attracts the visitors is the Central South entrance of the church, which is displayed in a grandiose way due to the height and the intense decoration.The main entrance forms a beautiful composition of embossed presentations made up of flowers, branches, geometrical lines and a pigeon on the peak of the triangle.The bell tower of the church creates an impression, with its embossed decorations, capitals, arched openings and generally the whole constriction lighten the volume of the stone and give it a special favour.

In the interior of the church, our attention is given towards the stone altar and the canopy that covers it. It is supported by four round columns with four embossed colonnades of excellent art. The same diligence is found in the construction of the Holy Intent. This is also made by carved stone.

The wooden templo of 1903 however, is what draws the visitor’s attention the most. It has three rows of icons. In the first row are the Despotic icons, with another six of pilgrimage. In the second row there are the twelve most important celebrations, while the third row presents the great deation with Christ, the Virgin Mary, Timio Prodromo in the centre, surrounded with icons of the Twelve Apostles.The templo was made by George Hadjichristodoulou from Agia Varvara. It is perforated in many points with a deep and intense carving. The presentations are inspired with the symbolic of Theology as well as the natural environment we can see Angels, The Vine, birds , trees , branches , vases with flowers etc. the great gate closes with windows which end in dragon shaped and on the flat surfaces the Annunciation of the Virgin Mary is presented in renaissance art.On the peak of the templo there is a huge crucifixion with the sad symbols of passion.

The Despotic iconographies of 1905 are the work of monks Kyrilloi and Nifonos Agioriton painters.To the west part of the temple there is a wooden carved pilgrim with the Ephesia Image of the Church, that is the Dissection of the Head of Timiou Prodromou. On the north wall and as a continuation of the templo there is a special pilgrim with a silver carved icon of Timiou Prodromou, which is covered by the dedications given to the saint. After the last earthquake, the church had to be strengthened with structural injections. A new floor with marble decorations was placed, as well as a mosaic of a two-headed eagle with stone from Cyprus. Two other mosaics exist on the semicircle above the main entrance.

The temple is celebrated on the 29th of August , but other celebrations also take place on the 24th of June which is the birth of Timiou Prodromou , on the 23rd of September which is his capturing , on the 7th of January as well as on the 24th of February and the 25th of May which are the three findings of his head. 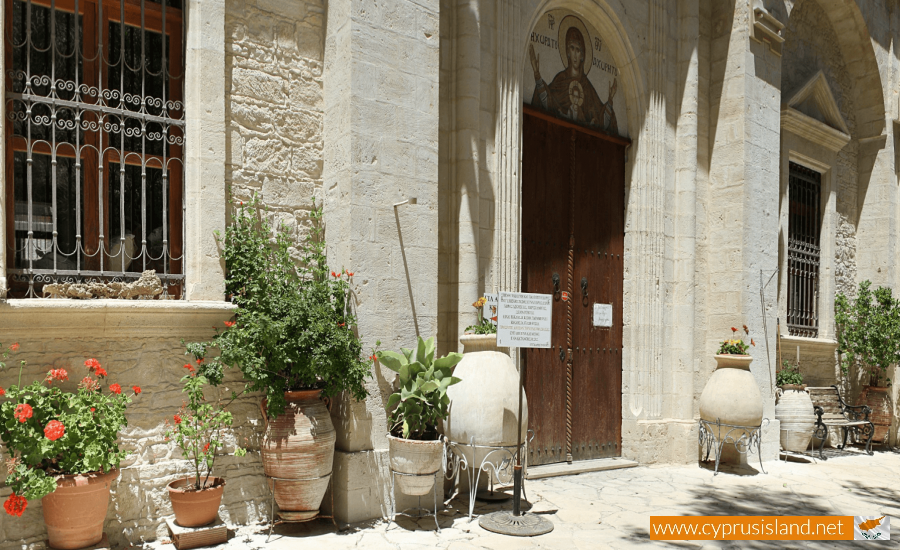 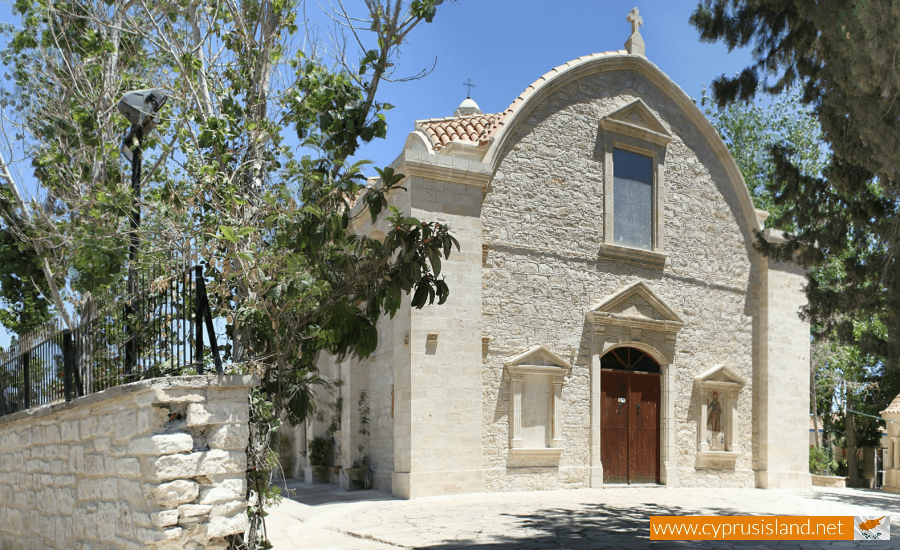 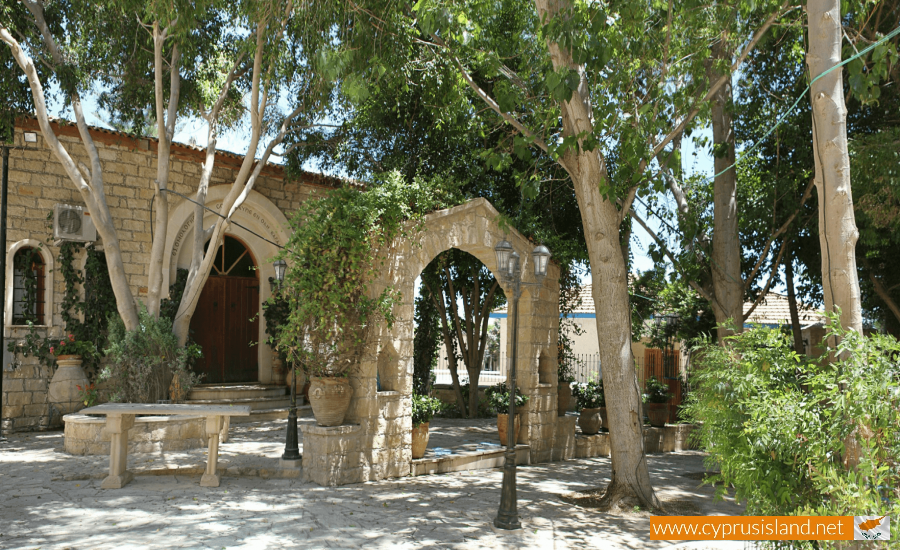 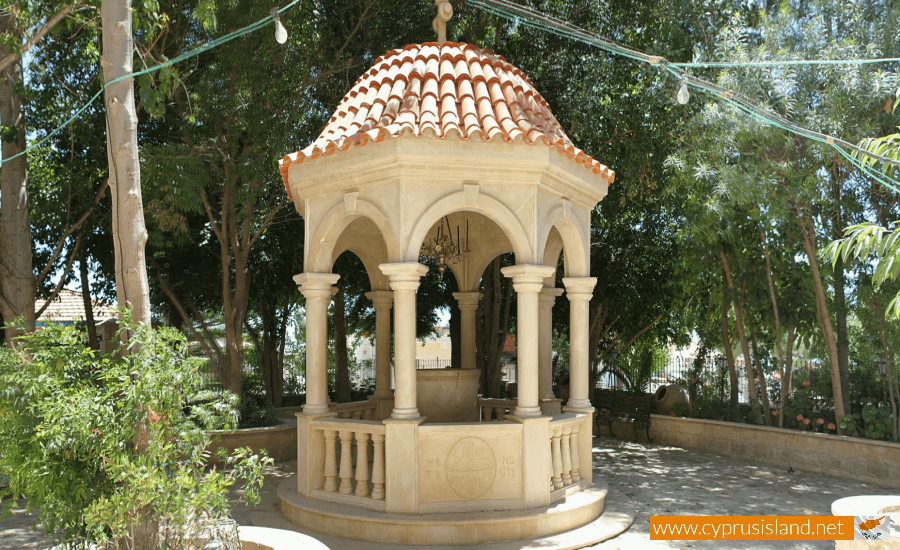