Dikomo is a village located in the district of Kerynia, in the occupied part of Cyprus which is located 10 kilometres from Nicosia. It is built under the mountain range of Pentadaktylos.

The name Dikomo was given because it is made up of two komes (villages), Upper Dikomo and Lower Dikomo. However Goodwin seems to disagree with this opinion as he states that both villages have a separate history and were possibly founded at different eras. The village is known to have existed during the medieval times as well as the Byzantine ages.

The first appearance of the village name was in 1373 in the Chronicles of Leondios Macheras. It is also mentioned in manuscripts during the ruling of the Franks as a village of either Lapithos or Kerynia, while in the manuscript of Limonida it is distinguished as Upper and Lower Dikomo. Dikomo is mentioned in many other written sources. The oldest map of Cyprus mentions Dikomo during 1570.

During the Turkish occupation (1571-1878) the village kept its name. In particular in official documents of the Ottomans, during 1588-89 which are kept in the Folklore museum the village is mentioned as Dikomo. The same occurs in the tax catalogues of 1818, 1825, 1830 and 1841. From studying the village and the catalogues we can see that the village was a completely Greek village. After the invasion of the Turkish army in 1974, the village was later names as Dikmen which means peak, while the two parts upper and lower were distinguished.

The area which the Dikomo is located in today must have been habited from the Neolithic period and the period of copper as it has been proven from the ancient tombs which were discovered in various village areas. Areas which antiquities have been found in are:

Petros, which is located southwest of Upper Dikomo and where the excavations occurred in 1934 from the Cypriot museum. Neolithic tools were found.

Mandres of Iona, where excavations occurred in June 1957 from the Cypriot Museum. Tombs and instruments of the Stone and Copper periods were found.

Vounarin tou Kiliari which is located about one kilometre northeast of the Upper Dikomo (1958). Neolithic instruments were found.

Plakes which is located about one kilometres northeast of the Lower Dikomo. (1958).  Neolithic instruments were found.

Lower Mill which is located between Upper and Lower Dikomo (1958). Neolithic instruments were found.

Black water which is located between Upper Dikomo and Onisias. Neolithic instruments were found.

The church of Upper Dikomo, Prophet Zacharias is the oldest of the saved churches in the area. According to written sources it was built in 1864 and it was fixed in 1894. It is possible that in previous years, the residents of the area to have gone to churches in other areas which were either demolished to build the saved churches which exist today, or they are either in an abandoned state. According to Jeffery, the church prior to the one fixed in 1894 is medieval and is known in the village as Saint Zach. Louis, also mentions that the upper Dikomo has a large monastery or church. The church was demolished during the beginning of the 90’s by the Turks. The demolishment of the church was mainly for military reasons as it was located near one of the largest areas which the Turks invaded.

Saint George in the Lower Dikomo was built in 1887 possible in the place of a smaller church which was demolished. The same is believed by Jeffery who adds that it is a modern church with no particular characteristic. Traditional mentions the builder of the church to be someone with the name of Hadjisavvas and that during the development a woman who was working fell and hurt herself. In order to build the construction the church, a loan had to be made. Ten years later in 1907, the church committee gave out fliers in order to pay off the debt. In 1912, the money from a theatrical performance given by amateurs from Dikomo, were given towards the church. The opening ceremony of the church were held on the name day of Saint George in 1901 by the Metropolitan of Kerynia, Kirillo the second. An inscription on the wall tells us that the opening ceremony of the church was done by Kirillo the second on the 23rd of April 1901. The west part of the church was used as a cemetery, and a few tombs have been saved to this day.

Church of the Virgin Mary of the Fields.

The church in its structure today, was built in 1932 after the Oktovriana, after the suggestion of the teacher Loizos Karagianni, who according to the Dikomites, saw a dream during his time in jail. At the site of the church there were remains of an older church. Amongst the remains, the foundations of the church along with an icon of the Virgin Mary were found. This church, as the name suggests is built in the fields of the village and it operated only twice a year, on Easter Sunday and on the 8th of September which the church celebrates.

The Chapel of Saint Dimitris

It is unknown when the chapel of Saint Dimitris was built. According to the villagers, there were walls, made from old stones and a candle which the villagers would light. The remains were in the middle of a field which belonged to Savva Rostanti. When the owner left he sold the field to Christofi Hadjinikola who built the chapel which is saved today.

Other chapels which are in Dikomo are:

Saint Marina, a little further from the area Pigadia. Ruins of the church are left. The church would operate on Easter Tuesday and a festival would also take place. In 1932 the new church was built therefore the festivities take place there.

Saint Mamas, a room in the house of Charalambos Pafiti in the Upper Dikomo. According to tradition a chapel of Saint Mamas is located in Upper Dikomo.

In 1887 the manager of the Primary School in Dikomo was Nikolas Ragouzeos, while the students were 35. It is definite that in 1880 there was no primary school in the village because in Kerynia there were only sever schools and Dikomo was not included. The school which was built by Lambros Masia from Lapithos, received sponsorship from the British government. Later a new school was built near the church of Prophet Zacharias in Upper Dikomo. During the first few years of the British Rule, the teaching was done by non-qualified teachers. Some teachers were priests who taught whatever they knew. Others who knew how to read and write taught in villages and were paid money. The National Teaching School was founded in 1893 which helped ensure the educational system. The organisation assisted with the development of the National Gymnasium, and operated until 1935. In 1930 the Girls teaching school was developed in order to train female teachers. 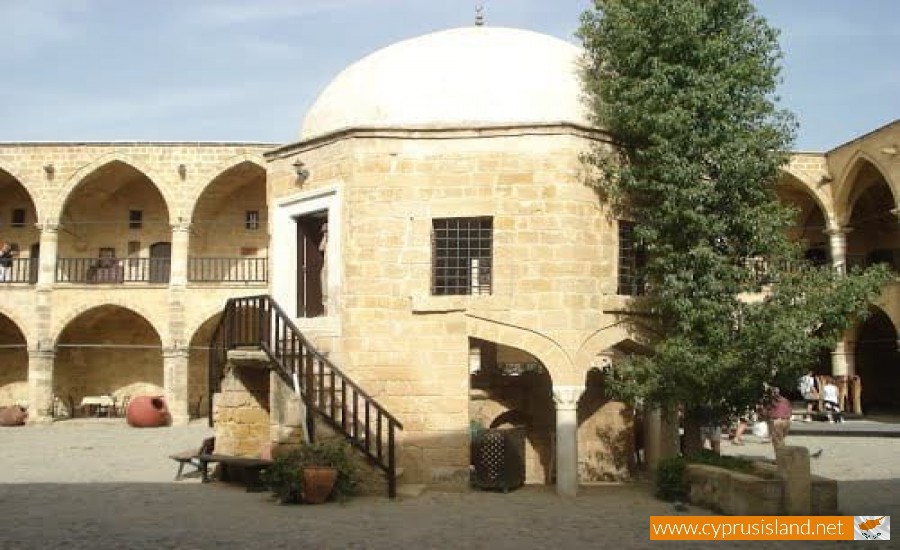 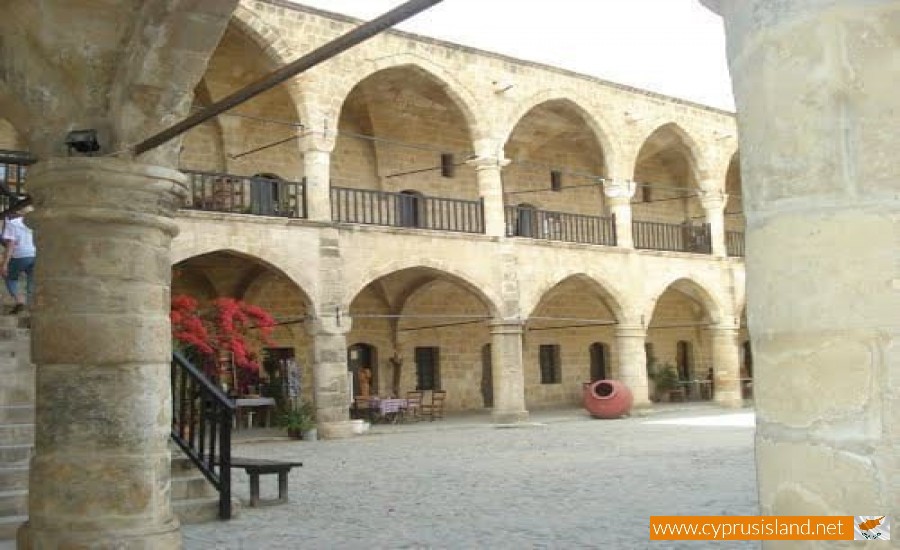