Bellapais Abbey is located in Bellapais of Kerynia in the occupied part of Cyprus and it is one of the most important memorials of Gothic monastery architecture in the eastern Mediterranean.

It is built on a natural stone cliff which has an altitude of 100 feet providing it with exceptional protection. To the south side, towards the hill, and to the west it seems that there was a man-made fosse which surrounded the abbey.  The first sources mention that the abbey was a building of the Augustinians which was founded by the king of Jerusalem Aimery de Lusignan who ruled during 1198 until 1205.

During the first years of its life the abbey was called Episkopia or Piskopia. This name possibly shows that the building was built on top of the Greek Episcope of Kerynia. The Episcope may have fled to this place during the Arab raids (648 – 965). The name Episkopia was later on changed with the name Lapais and during the 16th century it took the name it has today.

During the Ottoman occupation in 1570, the Ottomans took over the abbey and its property but allowed the orthodox Christians to complete their operations in the abbey church. Apart from a few minor changes which occurred in the temple the church of the abbey is basically in the original form.

The temple is square and it is made up of two parts. The arches in the interior of the temple are impressive as they lean upon the isles.  The capitals of the columns are dated to the 13th century and follow a Frank style. The tallest row of windows are exactly on top  of the central arches as the capitals are covered with flat rooftops which give the interior the impression of a concentrated view which is not common in gothic buildings of Europe. On the south wall there are imprints of a square metal exhibiting the statue of Saint Jacob dated from the 14th century.

The peristyle of the abbey is a building of the 14th century, it is therefore newer than the church. Today the peristyle is preserved completely, apart from the west side. The building is decorated with plant patterns, human shapes and animal shapes. The northwest side has a marble basin to which a carved marble sarcophagus of the 2nd century A.D is attached.

Behind the marble basin is an entrance which leads to the dining room. The dining room is an impressive building with arches and is made up of six bays. To the west is the kitchen, and to the north wall there is a small hallway which leads to a small pulpit where they used to read chapters from the testaments.

To the east of the peristyle is the crypt of the dormitories, where the community of the abbey possibly worked. This area has a stone with the name of the builder who cut it. At the south side of the crypt is the building where the church rules were read. The central marble column and the capital on which the building arch leaned on was possibly transferred from an early Christian church.

To the south of the peristyle there is a pathway which leads to the dorms which are preserved and were built by Henry IV. On the second floor the dorms took over the complete length of the cannon room as well as the crypt. Today only the west wall exists. To the west of the peristyle, archaeological research has revealed the remains of a long building which operated as a cellar. This building was made of two floors and that is where the house work took place. To the west of the cellar was the kitchen square while the kitchen buildings were to the north. Between the kitchen and the dining room and the north part of the cellar was a stone passage which led to an underground crypt. The crypt is under the dining room and is arched, divided into two rooms in which the olive oil and other agriculture items were placed. 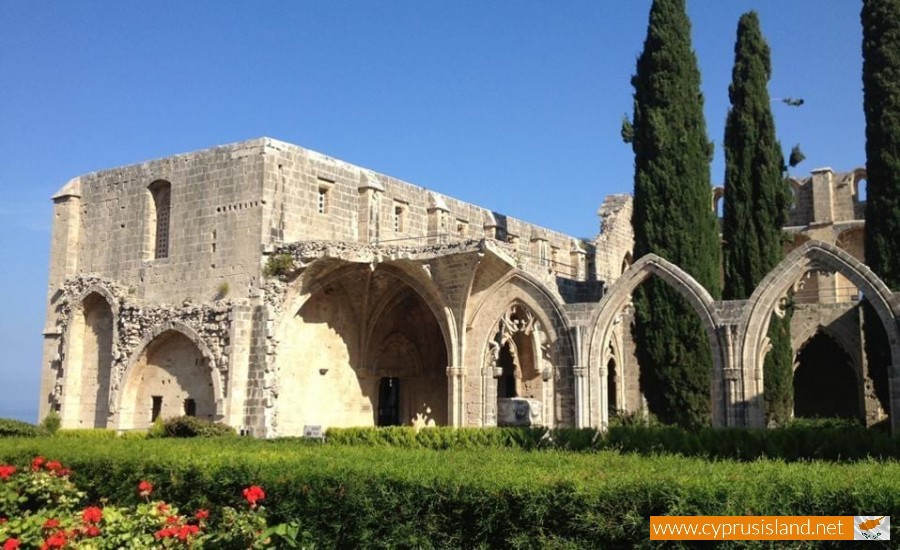 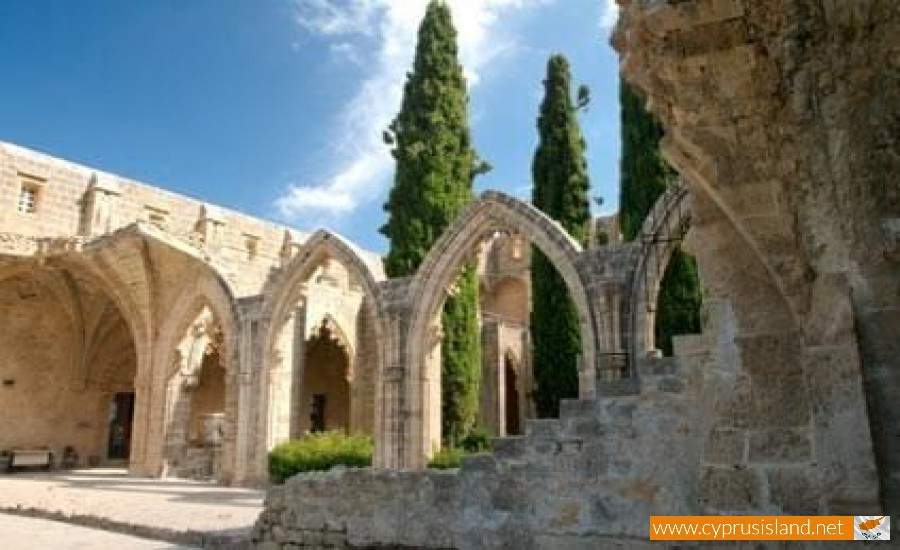