The Kyrenia Gate is a gate at the Walls of Nicosia, located in the north Turkish occupied part of Nicosia in Cyprus.

It was the gate which was used for the transportation of goods to the north side of Cyprus, mainly Kyrenia.

The gate was built during 1567 by the Venetians, as a part of the new walls of the town. It was the smallest of the gates , and it was built between the Bastions Gouirini and Barbaro.

It was also known as Porta de Proveditore. In 1821 the Ottomans reconstructed the Gate. They added a looking tower in order to control any Greek rebellions. The added construction was square and had a dome on its roof.

There are three stone plates at the Gate. The first one has the date of construction inscribed on it by the Venetians (MDLXX – 1562), and was placed on top of the arched Gate.

At the same point a second plate was found, which mentions the date 1931 and the initials of the King of England George V.

At this point in time, openings were made in the wall in order to accommodate modern roads in the interior of the town.

A third plate which is smaller has an excerpt from the Koran, written in ancient calligraphy.

Today the Kyrenia Gate is located in the occupied part of Nicosia and operates as a tourist kiosk. 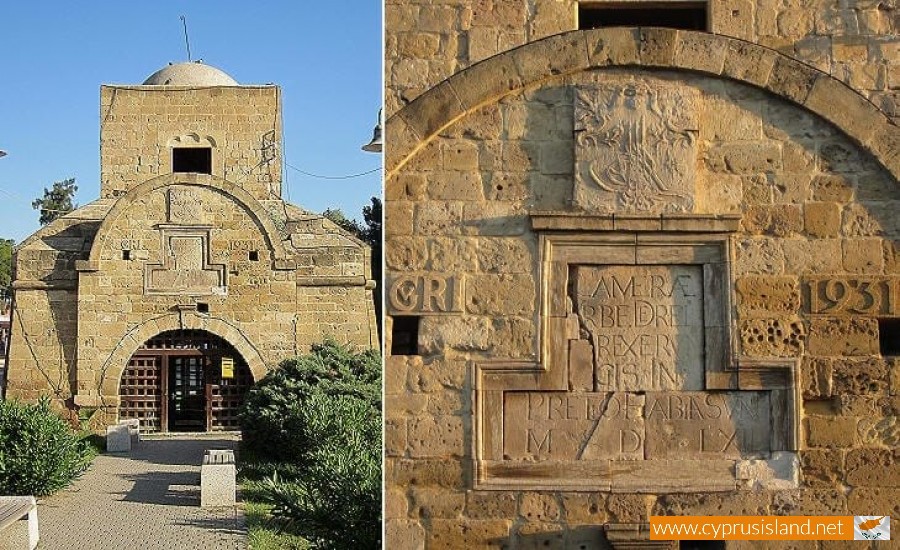 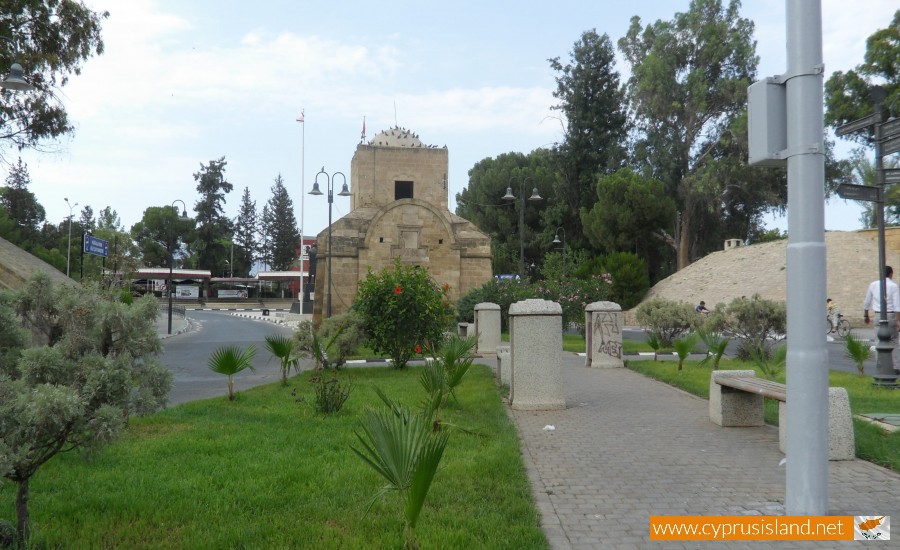