More specifically at the location point Piathkia in the Akaki village in the Nicosia district. They are impressive mosaic floors that are dated to the 4th century A.D and are in excellent condition. The length of the mosaic is 26 metres and its width is 4 metres.

The image of the Horseracing track (Hippodromes) is considered to be a rare image found only in 9 archaeological sites in the world dated to the Roman period. Two are located in Greece while the rest are located in France, Spain and North Africa.

Excavations began in 2013 but the complete mosaic was found in 2016. The restoration has not been completed but is expected during autumn of 2018. The ancestry of the mosaic is still a mystery as it could have been the house of a rich person. 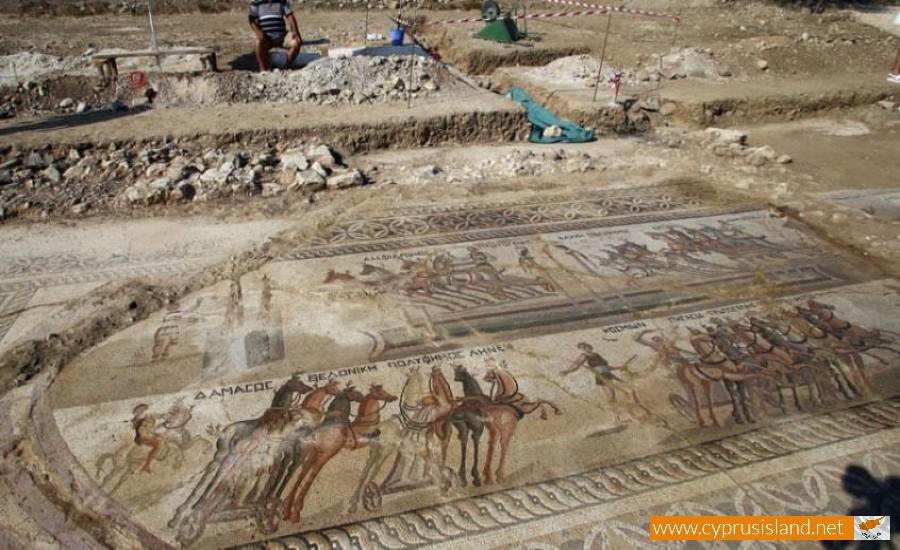 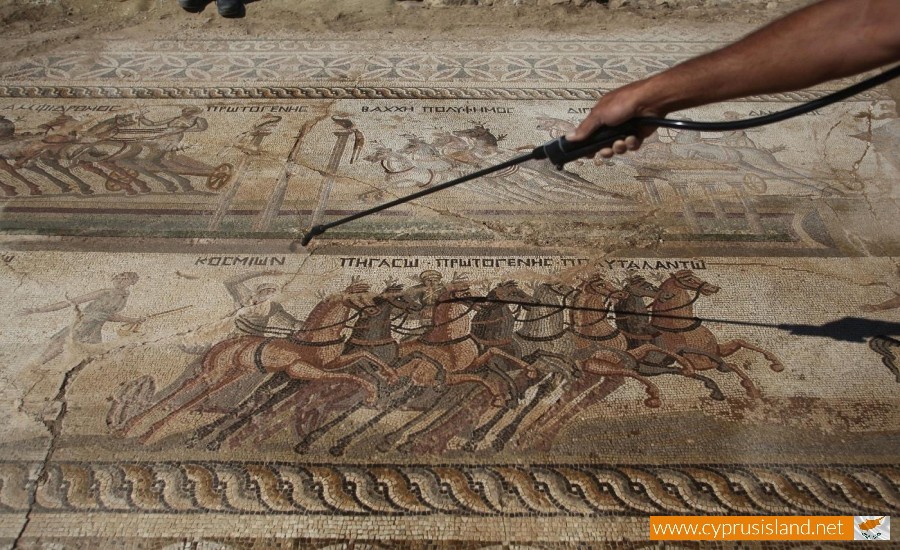 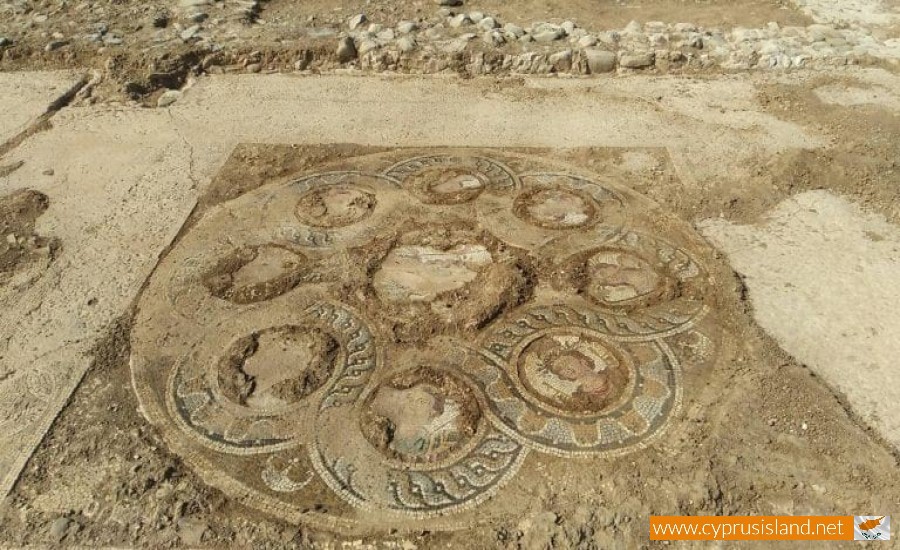