Stavros tou Agiasmati Church is located in the mountains of Troodos, in the centre area of Cyprus and is considered as one of the most magnificent monuments of byzantine art.

This concerns some iconographies on churches which are saved today and depict various movement of Byzantine and Meta-Byzantine art from the 11th until the 19th century. Ten of these churches have been added onto the list of the UNESCO World Heritage programme.

The church of Timios Stavros Ayiasmati is located at the eastern part of the Troodos mountain range, at the geographical area of Pitsilia, at a distance of about 5 kilometres northeast of the village Platanistasa. From 1985 it is included along with another nice churches of Byzantine iconographies, in the UNESCO World Heritage Monuments list.

It is a monument which was constructed during the end of the 15th century. The Russian monk Vasili Barsky who visited the island in 1735, mentioned that the monastery was abandoned and that only a monk lived there. According to various explorers the name Ayiasmati comes from the word Ayiasma.

Another version connects the name of the area Ayiasmati of west Asia Minor. One possibility is that immigrants from this area left and came to Cyprus where they founded a monastery in the mountain of the island, giving it the same name as their home country. The only constructions which are still left today are some old room at the north part of the temple.

It is a one room temple with a wooden roof, covered with flat roof tiles. The roof extends more than the temple creating a particular shape which makes it unique in all of Cyprus. On the outside of the north wall , on top of the entrance is an inscription that states that the building was constructed with the donation of the priest Petro Perati and his wife who are displayed in an iconography on the exterior side of the south wall. The inscription with the year of construction of the church was destroyed however it is widely accepted that during 1494 its iconographies were completed.

The complete interior of the church, along with the four posts which hold the wooden roof is painted. These iconographies have a particular interest and present byzantine art and local folk art with elements from the Italian Renaissance. The artist Philip Wool was a well-known Greek from Syros. Even though the technique of each art he uses is not the same, the general impression which is created is pleasant and impressive. The same artist also decorated the temple of Agiou Mamanta in Louvara during 1495. 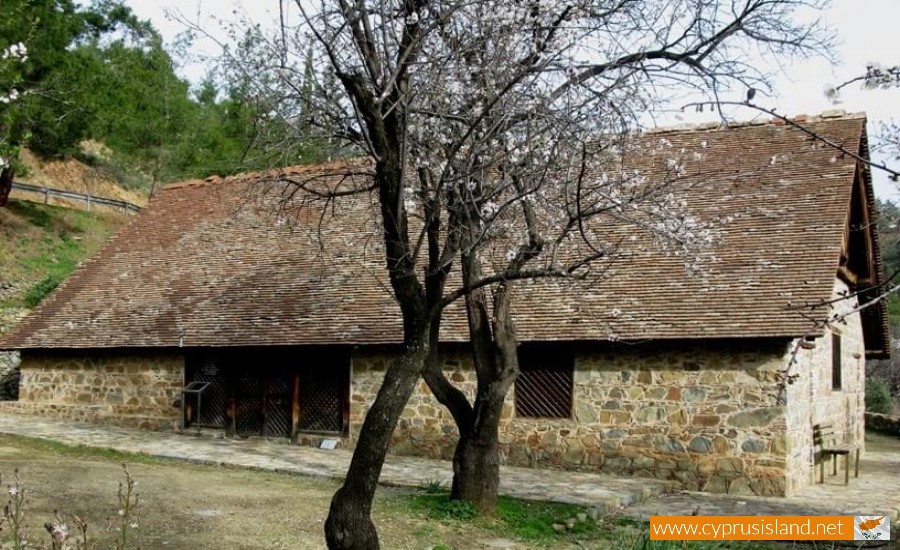 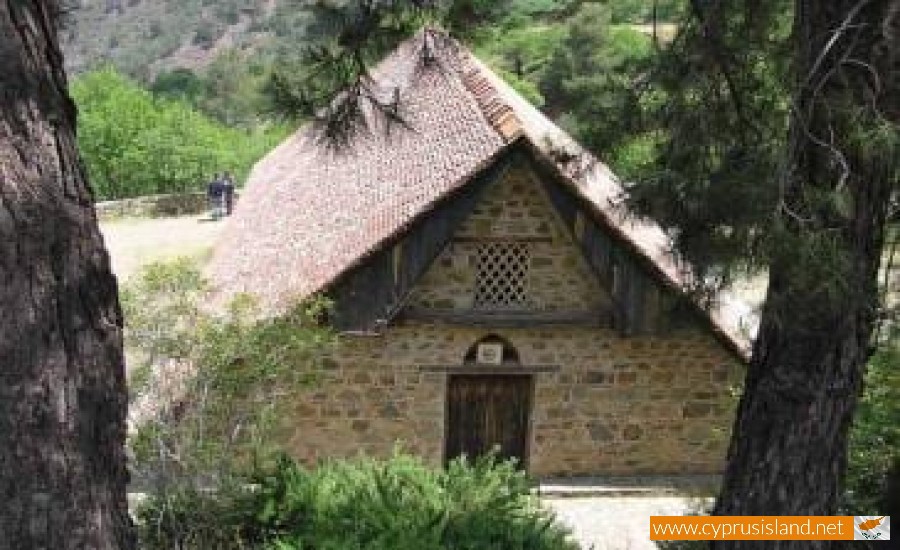 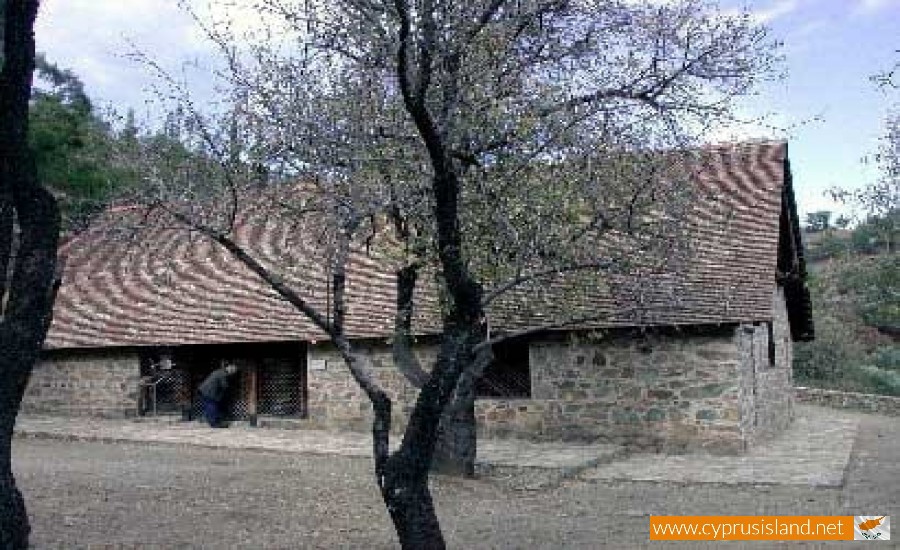 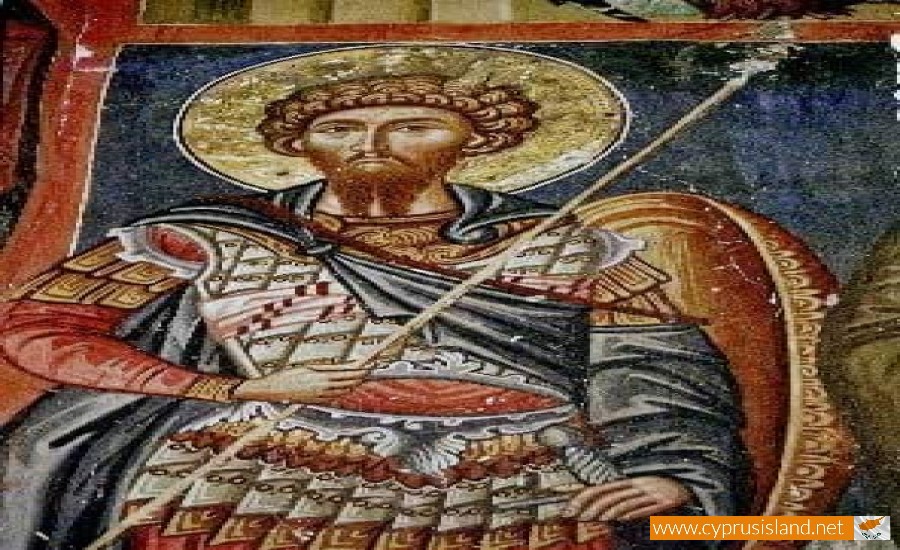 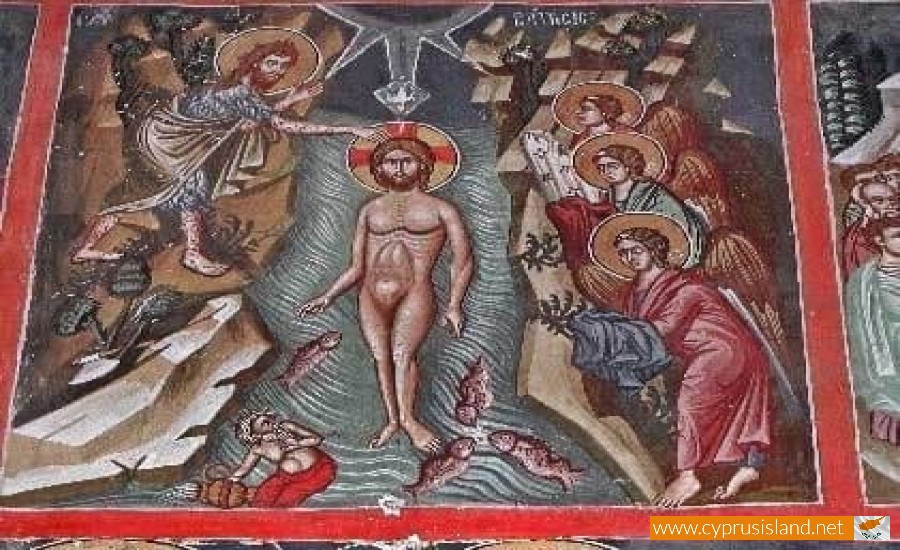 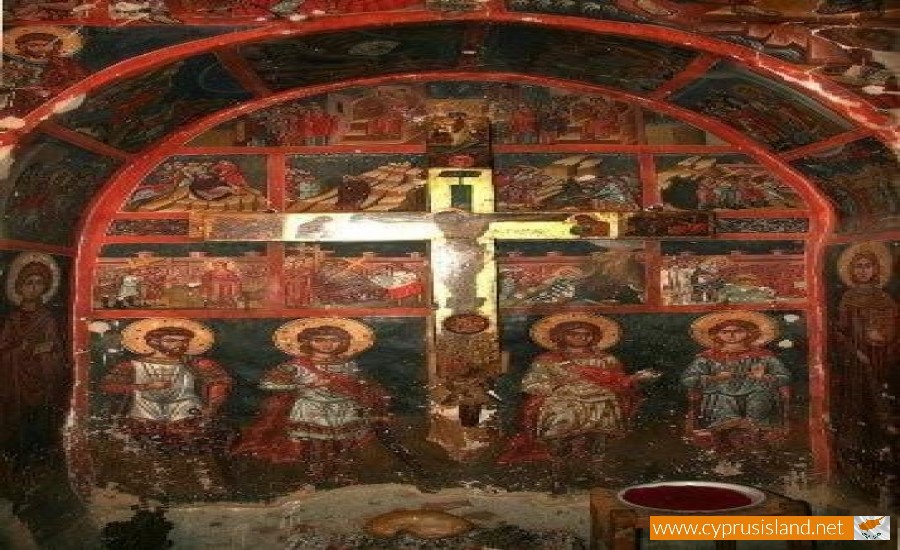