Kouklia  is a village in the Paphos District, about 16 kilometres from the city of Paphos on the Mediterranean island of Cyprus.

It is about 40 kilometres west of the town of Limassol, at an average altitude of 85 metres from the sea surface. Built where the ancient city of Palepaphos (which was the base of the Paphos kingdom) used to be, the modern core of the village is built around the archaeological area and amongst it is the ancient history and modern civilization. At a great distance of 64 square metres is the Petra tou Romiou and many other attractions, but also the rarest combinations of sea and mountain.

The village today is built at the location where Palepaphos was built. After many archaeological excavations, the famous temple of the Paphian Aphrodite, remains of fortresses and many other findings were brought to light. As far as Kouklia is concerned the village existed during the Byzantine years and it is estimated to have been the ownership of a Byzantine officer Kouvikoulariou. The word kouvouklion meant deadly chamber and was the dorm of the Byzantine emperors. The bodyguards of the emperors were called kouvikoularioi and were usually given pieces of land for their services. It is possible that one of these men, kouvikoularios was given this land which was then named kouvouklia. The village was still called kouvouklia until the ruling of the Franks and was later named Kouklia.

The important population development in Kouklia was due to the geographical location of the village as well as the advantages of the agriculture and livestock elements there. In the table below the population course of the village is shown, from 1881 until 2001. It must be mentioned that in 1946, the 437 were Greek Cypriot while the other 354 were Turkish Cypriot, and in 1973 the 613 were Greek Cypriot while 494 were Turkish Cypriot and the other 3 were of different nationalities. After the Turkish invasion in 1974, the Turkish Cypriots were forced to abandon Kouklia as well as other villages on the southern side of Cyprus and move to the northern occupied part.

Moving higher towards the village, the archaeological areas which surround it impress whoever sees them. The modern houses are actually neighbouring with temples and areas of worship which were built thousands of years before. North of the town square is the enclosed area which surrounds the history of centuries. The Holly Temple of Aphrodite is dated from the Bronze Age (3000B.C) and the magnificent medieval mansion (13th century) is like a castle. In the Kouklia Archaeological Museum there are exhibitions which began from the Chalcolithic Age and reach the years of the Ottoman Emperor. Amongst these are a sarcophagus of unknown archaeological value and a mosaic of “the Lida and the Swan”. Behind the Temple of Aphrodite is a stone built church of Panagia Odigitria a building of the 12 century.Around the archaeological site there are many ancient monuments, such as the fort a the Marcello hill, the Rigena cave, the wall and the mansion of Hadji Aptoulla , the sugar mill and a traditional  olive mill.

From a religious view, there are many chapels / monasteries in the village and around it. These of Konstantinou and Elenis as well as Saint George are worth a visit. Apart from the chapels and monasteries which are in operation there are also some ruins of churches which existed in the past such as:

South of the village of Kouklia and between the houses are the ruins of Agios Epifanios Church. It was an old church which was built in a Turkish Cypriot area. Agios Epifanios is celebrated at the big central church of Apostle and Agiou Louka.

On the east side of Kouklia village amongst the houses are the ruins of the Panagia Faneromeni church. There are only ruins and it does not operate. Recently, after the initiative of a believer, a small house was built in the ruins and some icons were placed in there. The church is celebrated by taking the Holly icon to the church of Panagia Odigitria.
For those who want even more, within the village boundaries is the Eolic Park which can be seen from the highway.

Finally there is also a snake park in the village, with a small and interesting collection of reptiles.

The festival of Aphrodite-Paphia which is organised at the beginning of August every year, is the biggest celebration in the village. Moreover in September each year there are a number of cultural and archaeological celebrations in the village.

Going passed the old road of Limassol-Paphos before the Petra tou Romiou there are two points which the visitor can park and enjoy the view of the sea from above , see the area and of course the Petra tou Romiou. Of course as the village is located high, only 1-2 kilometres from the sea there are many points from which someone can see the blue colour.

At the borders of the village there is the famous tourist resort Aphrodite Hills. In the resort there are tennis courts, spas, horses available for horse-riding, cafes, restaurants and others.There are also two golf courses which are outside the village, one is that of Aphrodite Hills and one is at Secret Valley. 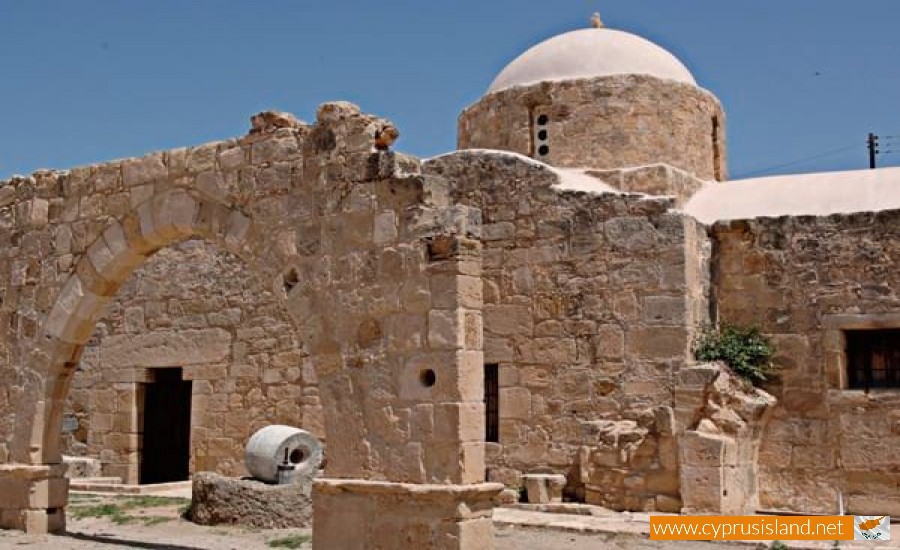 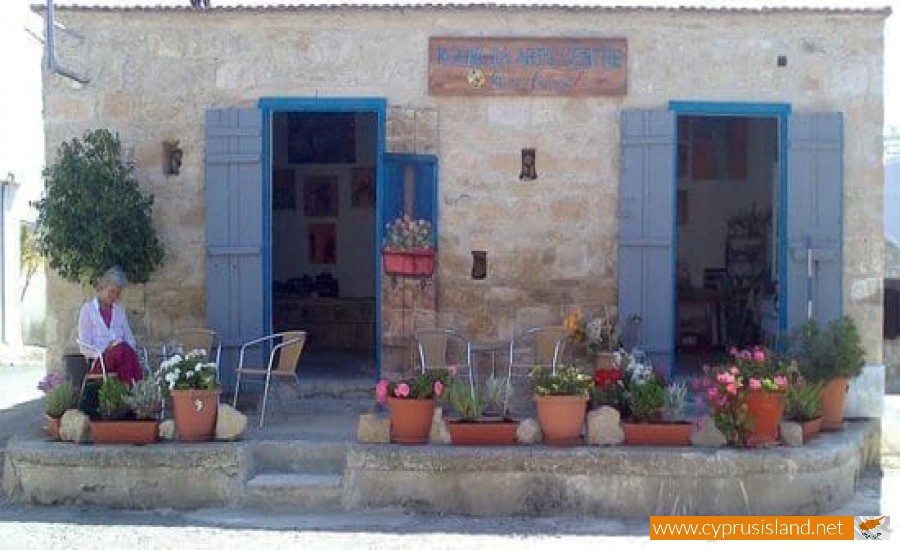 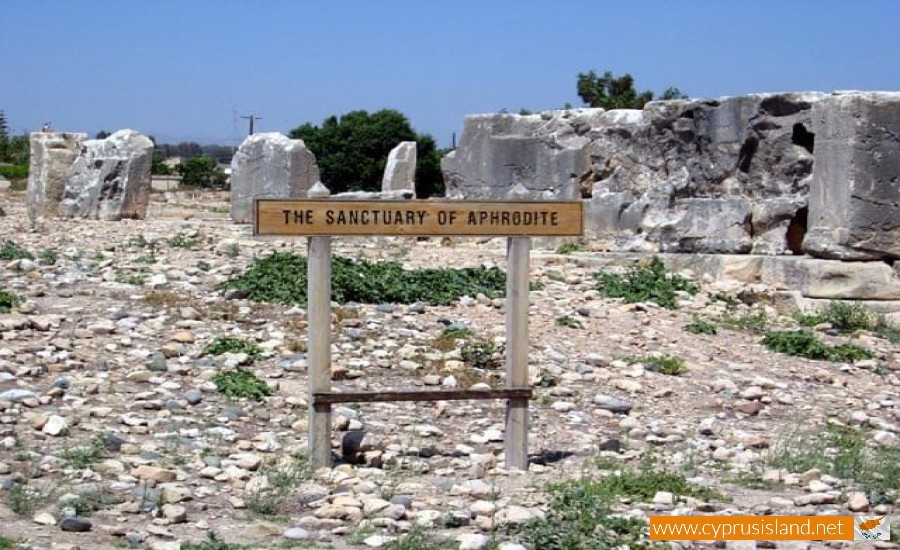 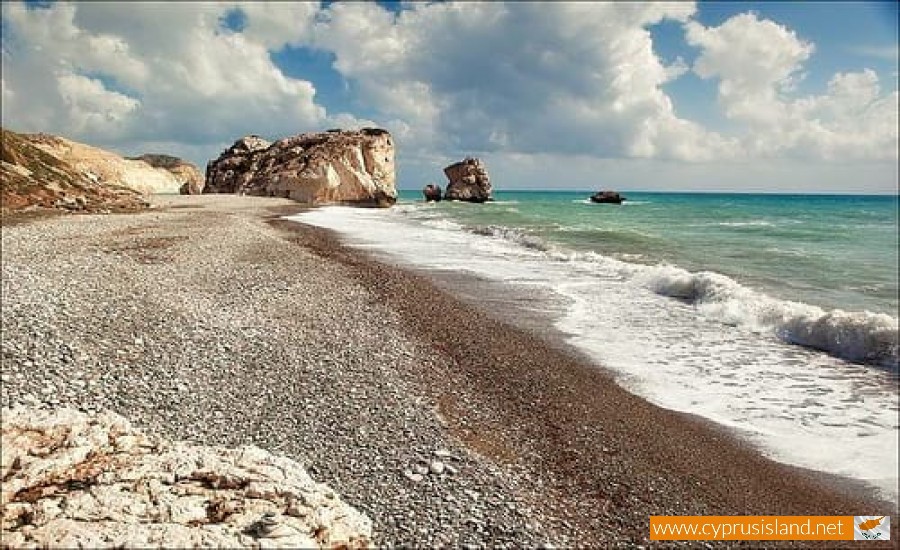 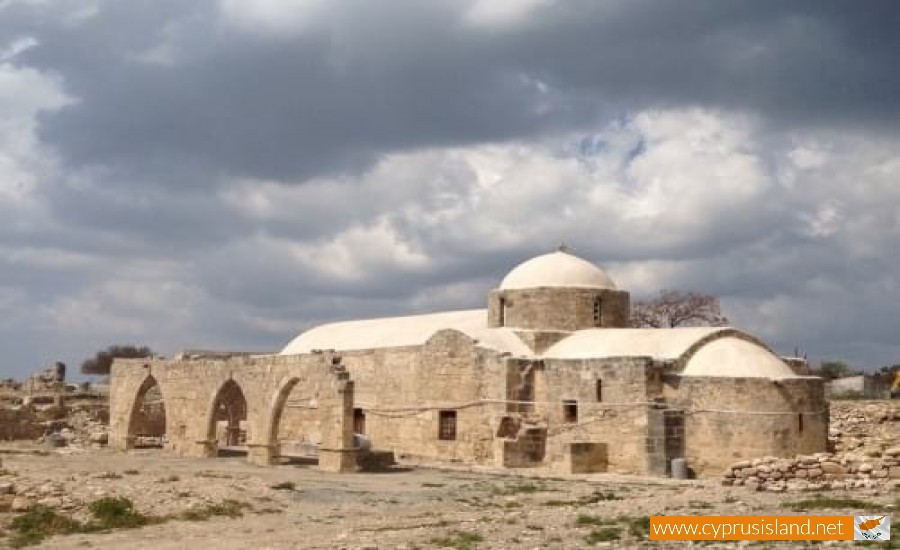