The stingray is amongst the species that are common in Cyprus.

The term vati (stingray) as it is used by the residents of the village does not only refer to the particular species, but to all the stingray species. The Dasyatis centroura is the stingray that is caught most often that the other types. It is quite big in size and its full fin opening can exceed 2 metres. It is exclusively a depth type and lives in sandy and muddy habitats, at a depth of 200 metres, even though it can also be found in shallow waters of about between 10 and 50 metres. During the summer months it makes it appearance at beaches more often, possibly to find food. It feeds with the use of large fins, looking in the sand for its food, which is made up of small fish, invertebrates, molluscs, shellfish and smaller stingrays.

It has a diamond shaped body with two large triangular fins and a round muzzle. As with most stingrays, it has a large tail that exceeds the length of its body. Its tail has a series of small spikes as well as a very sharp and poisonous spike which in some cases can be double. From the end of the summer until the end of the autumn, it approaches the shore and after four month it bears its young. The number of stingrays which it bears is about two to four per reproduction period.

This type is considered to be harmful to people, not only due to its various spikes on its tail, but also due to the poisonous spike on its base. It can be caught with static fishing nets, longlines and a fishing gun. Even though it is considered to be a dangerous fish, it is not considered to be rejected, as it is sold for its great fleshy fins. Its market value is not especially great. 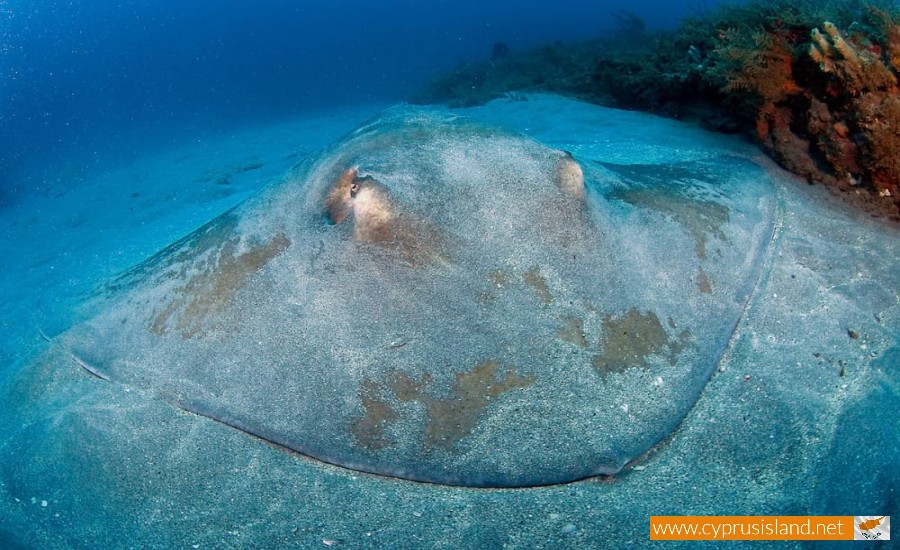 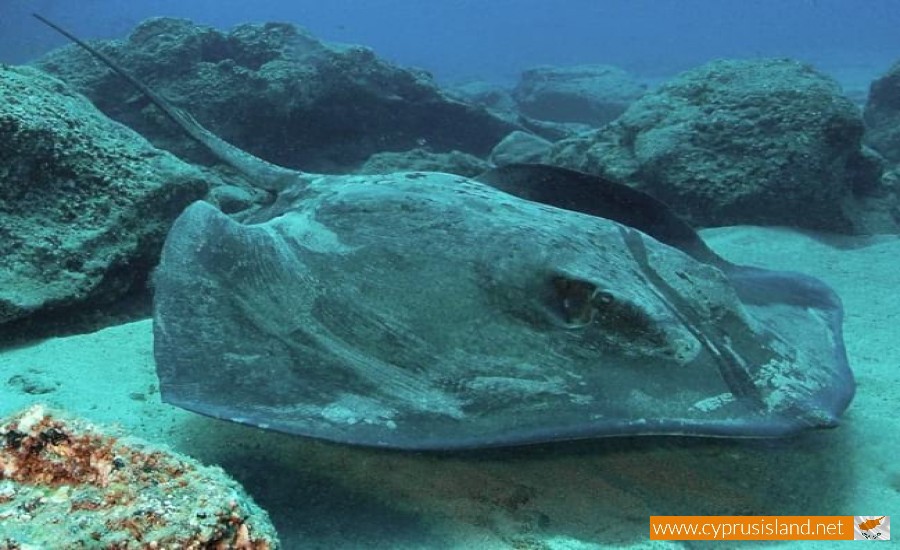